2. The Significance of the Ringing of the Bells

A SILENT MINUTE: The Significance of the Ringing of the Bells

Harnessing the power of United Global Cooperation to bring in the Light of the New Era with the Global Ringing of the Bells to herald the Sharing of a minute in Silence,

This is the second in a series of articles in the lead up to the December Solstice where we will share a global minute of Silence in which we will consciously cooperate with co-workers in the One Heart to envision the evolutionary seeds of the future. Countless servers and serving groups are, even now, actively nourishing these seeds which will, through our united effort, reveal the underlying synthesis of the One Life shared by all its kingdoms.

The Solstice Silent Minute will be preceded by the global ringing of the bells by citizens everywhere. The ringing is multi-faceted.  It’s a call to stillness and silence, it’s a sounding of a note and a summons to the recalibration of identity within the One Life.

The sounding of a bell is also a call in us to Truth. There is a phrase used in the everyday world – “that sounds – or rings – true”.  It’s not metaphoric, but rather it’s a literal statement.  When something rings true – the spoken words align with the underlying thought which is, in fact, a rhythmic sound that anchors in, and radiates from, the heart. In reverse sequence, as this rhythmic sound vibrates in the heart it attracts the substance that will most accurately convey the purity of its note through the human sound system in the form of the voice through words.  Truth as rhythmic sound is magnetic and communes through the heart with the heart in all, irrespective of word formulation.  Truth is accumulated in the Chalice of the heart.  Truth is not an abstraction, nor is it relative.  Truth is the realisation of cosmic laws based on direct experience.

We are equally aware when we experience less than the “ring of truth” in our interactions. Instead of harmony and concordance in the heart, thought and words, we feel the clang and clash of dissonance.  Or, worse, we may feel like we’re being manipulated, deceived or “played” – as Hamlet felt by Rosencrantz and Guildenstern in Shakespeare’s Hamlet.  He admonished his soon-to-be former friends for attempting to play him like a recorder. Hamlet said:

“Why look you now how unworthy a thing you make of me.  You would play upon me, you would seem to know my stops, you would pluck out the heart of my mystery, you would sound me from my lowest note to the top of my compass – and there is much music, excellent voice, in this little organ, yet cannot you make it speak.  (… D)o you think I am easier to be played on than a pipe? Call me what instrument you will, though you fret me, you cannot play upon me.”

Nobody likes to be played upon – individuals, groups or nations. And, we are told in the Agni Yoga teachings that the two key signs of the time of Shamballa are the age of truth and cooperation. The current world spotlight on truth – being so brilliantly brought to light everywhere by stellar examples of what it is not – is perhaps indicative that the time of Shambhala has come. We are urged to understand the rhythm of the structure of speech about Shambhala. In doing this we “will perceive a great reality which causes the harp-strings of humanity to vibrate”.

In contrast to Hamlet’s experience of his friends’ attempts to “play” him, there is a beautiful invitation in the Agni Yoga teachings for Humanity to be an Aeolian harp to the Breath of the Cosmos.  In Leaves of Morya’s Garden 1, sloca 65, Master Morya stands in as the link in the Hierarchy of Light from Cosmos to Humanity.  I quote:

“My Shield assures your joy.
Be an Aeolian harp to M∴’s Breath.
Through love will you come to Me.
I bestow upon your spirit the strength of the cedar”.

An Aeolian harp is not played by human hands, rather it produces sounds as the air passes through it.  It is played by the wind. And, in this instance, the opportunity is for Humanity to be so in sync with its deepest calling by being an Aeolian harp to the breath of Cosmos – via a Master.  Rather than giving up the individual freedom of the human form, this is an invitation to surrender to destiny.

Without this awareness of citizenship within the Universe, individuals revolve like tops – each on his or her own axis – dissociated from eternal motion. Conforming to Cosmos – by axis and orbit – regardless of the instrument – harp or bell – Humanity has the opportunity to breathe the Cosmic Breath and beat in rhythm with the Cosmic Heart – in the great symphony of LIFE.  Then Humanity recognises the cosmic energy as a fact in daily life, as the herald of new lives.

The ringing of the bells for the Solstice Silent Minute in December is a call to our essential identity, our deepest divinity and our true destiny as citizens of the Cosmos.

Below is a “poem” that captures the energetic flow of the recalibration whose midst we are within.

THE BELL RINGS THROUGH US

When the heart is aflame,
it resounds like a bell upon the far-off distance.
The Heart is the unifier of the worlds

The centre of cosmic foundation is called the Bell
Mount Kailas is called the Mountain of the Bell
There’s a centre in the brain called the bell
Like a resonator it gathers the symphony of the world,
and transforms the deepest silence into a thundering chord

Beginnings correspond to motion.
At the December Solstice, the stroke of the beginning is Our bell.
Followed by Silence

A moment to realize

The Bell rings through us

If you would like to participate in the subjective preparation for the Silent Minute at the December Solstice, tune in daily for a minute in the Silence calibrated to 9.00pm London GMT/UTC.  You can check your local time at this link: www.timeanddate.com/worldclock/converter-classic.html

Set your clock for a minute prior to the exact time: ring a bell intentionally recalibrating to the Cosmic Bell, the Mountain of the Bell and the human bell.

On the hour enter the Silence for a minute.

Hi, I'm one of a group of authors and editors for the Sydney Goodwill website.
Previous Three Spiritual Festivals 2019
Next A Greater Light is Beginning to Penetrate the Fog 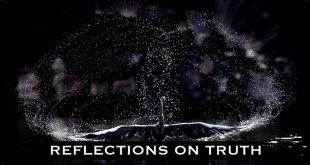 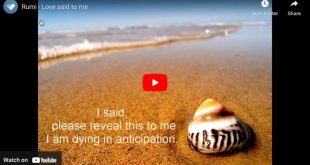 Rumi – Love said to me 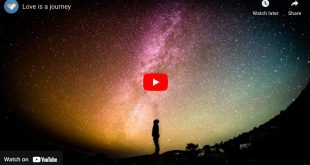 Love is a journey of the Soul 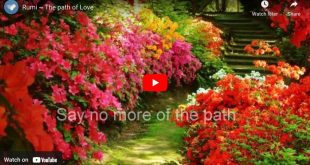 Rumi ~ The path of Love

This 3-minute video depicts an invitation to open the door into a different future, joining …