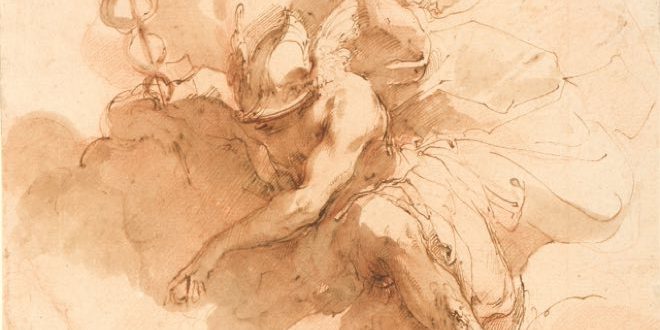 The cycles of the greater life ebb and flow. Cycles within cycles, smaller and greater, continue with and without our conscious recognition. Watching the clouds roll across the sky, one could dismiss this as a non-event. Yet they form part of a greater weather system. They slowly form and build, sometimes over a day, sometimes weeks, collecting and holding water particles, building them together so that at some stage they are released out. They fall down, sometimes at intense and overwhelming speed that the earth struggles to retain it. Other times it drops lightly, slowly and gracefully caressing the air and ground. Such is the life of cycles, on all levels.

Aries is the start of the cycle in the zodiac. The first sign, energy pours forth from Aries as easily as Taurus stabilises it. It is often referred to as the initiator of energy and that fits perfectly its vibration. At some point, energy and force must begin its downward descent, from wherever it comes from. It must be brought forth, and this is what Aries does.

Ruled by Mars on the traditional level, Aries has the drive and assertiveness to move energy, to get it going, to thrust it forth out of the process of formation and give it direction to become tangible on this planet we call home and Earth. Without a starting point, where would we be…? Nothing would get done. Aries provides a push, a nudge, a forceful will to get things started and moving, such is its purpose, often blindly.

Through Mercury, we are advised to pause for a moment, not rely on the pure assertive drive to get it done, at any cost or from a lower expression, but to use the faculties of the higher mind to guide and direct the energy.

Esoterically it is ruled by Mercury, the messenger of the Gods. Through this more evolved presence, discretion and thought is used before using the impulse to act and begin. Through Mercury, we are advised to pause for a moment, not rely on the pure assertive drive to get it done, at any cost or from a lower expression, but to use the faculties of the higher mind to guide and direct the energy. Higher thought allows energy to be more in contact from whence it came. This is what Aries can do and it ties in perfectly with the higher mantram “I come forth and from the plane of mind I rule”.

Wilful energy, thrust forth from the mind, is what Aries can offer us.

Aries……even saying the name of Aries, grabs ones attention, much like Scorpio. There is something residing in the vibration of the name that commands your attention when you hear it. It literally strikes a chord and evokes your energy recognition. Wilful energy, thrust forth from the mind, is what Aries can offer us. Its presence and the Sun’s direct line to it from the view of the Earth is what we are offered at the moment.

During this time, it is a great time to begin things anew. Starting new projects, with the impulse of initiating energy, is what we are offered. The Hierarchy know this and using the law of economy, plus impulse, make use of this time for the coming year. If we think about how this affects us and how we can align ourselves with this energy and offer our best, we can try to be open to a new intake of spiritual impulse, directed from higher sources and pushed forward.

Leading us into the start of three new spiritual festivals, with the full moons whilst the Sun is in Aries, Taurus and Gemini, now is the time for us to bring the new forward. At first it could be just a thought, an impulse, a hunch, a dream or it could be a very clear direction. Aries will offer all of its fire, will and power to the world; the test is to use it wisely and use the faculties of the higher mind to bring it forth. Such is our challenge, to align with what is being offered and what is there, to sync and to be available for a push into a new direction………

Conflict of differing forces is reaching a fiery new start.

The Sun is a third of its way through its sojourn through Aries. At the time of the full Moon and a few days after, it has its yearly conjunct with Uranus. As it does this it merges its energy with it, taking on the sudden change and unpredictability of Uranus. Uranus energy is very strong and with our Solar presence passing in direct line with it from the view of the Sun, our lives are affected. The recent drama in Syria is not new, this has been happening for years, yet the Sun’s presence highlights it to our presence, yet again. Add Aries, the God of war into the mix, and we can see that conflict of differing forces is reaching a fiery new start.
Using our mental faculties to discern the truth, not blindly rushing in, would be a much better way to handle this energy (of conflicting forces).

Jupiter is sitting in direct opposition to this energy. The Uranus/Jupiter opposition is not new, but having the Sun opposite for a little while is. Again it makes the energy more real for us, more vital. The conflicting forces of the new and the old seeking to please, that we see on a global scale every day, will become more real for us. Making this energy work is certainly not impossible, it just requires us to come from a space that is not our normal place of residence.

Being aware of this, we can be open to new ways of doing things whilst still retaining the balance with what worked for us in the past.

Aries is about the new, not revisiting the same worn out ways of the past

The Moon, which will be in Libra at the time of its fullness, will be conjunct Jupiter. It definitely adds to the energy of the past and how we are secure in doing things. That past, which often holds us back, is the same for all things, including nations. It will be easy for nations that have done things in certain ways because they think it is right, to continue to operate like that or to go back to doing them like that. Yet Aries is about the new, not revisiting the same worn out ways of the past. It wants to usher in the new, but not everyone agrees with this, and so is the story of much of Humanity’s issues. A new ideology pushed forth, met with resistance from old structured forms, is the story of most of our past. When resistance is met, will is used which is so easily expressed in Aries.
Using the Mercurian mind to rise above this pull of the old and find a new way is our challenge.

Aries’ daring drive and bravery can be used, but careful pause for reflection before action is wise

To assist with the above process, Virgo rules this chart from the Ascendant. I sense a real discernment needed with current energies, an ability to analyse and sort through conflicting forces and to use higher mental faculties to see the truth for ourselves. Once sorted, new ideas and action can be birthed outwards, descending onto the physical plane for expression. Aries’ daring drive and bravery can be used, but careful pause for reflection before action is wise. The start of the spiritual festival is here, as intense as always, as we shift gears for the coming year and beyond…….
Share

Stephen is an Esotoric Astrologer and has a keen interest in the Esoteric line through the Alice Bailey books. Stephen offers astrological readings - - contact him via his Facebook page.
Previous Three Spiritual Festivals
Next Wesak 2017 Video