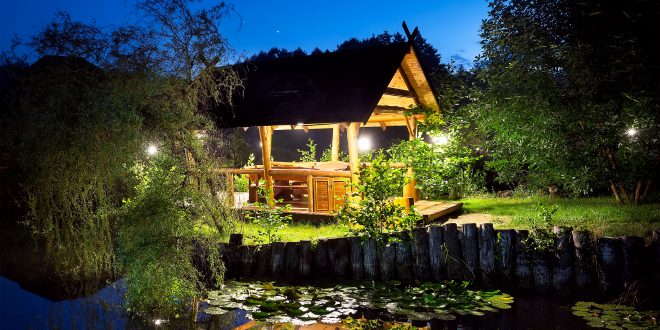 Share
The Tibetan Master wrote that through Cancer we have “the birthplace into the life of form, the door into physical manifestation. This is the sign in which Humanity, as a whole integrated unit, is born, the scene of the emergence of the fourth kingdom in nature. Humanity has emerged from rock and water and brings its habitation with it, and mass instinctual consciousness comes into being” (Esoteric Astrology, page 102).

In an ever increasing observation of the world around us, which reflects those energies of the inner world and planes, you could look at the above paragraph and apply it to current happenings. Are we currently seeing a birth into physical manifestation of a new Humanity, remembering that there are many turns on the spiral of our evolution. Humanity exists and has existed for many years. But are we seeing a birth of a new true Humanity, one that sees all of us as not separate beings, but all one? It feels like this is happening….

We could look at the current happenings of the world and just see the outer effects. The world is in current chaos, we could list every event that is happening around us and fall into black despair, believing we are nearing the end. We are literally bombarded every day with visual images of it. Yet out of every happening, out of every action of aggression, corruption, brutality and abuse, a new wave of expression is emerging. Every act is having an opposing act negate it, rallying such unifying response that if you look with eyes that see beyond, you can see a new undergrowth of mass instinctual response that says that is not right, we do not want that.

This instinctual response is not just based on emotion and pure reaction, as in the past. It is one based upon thought of others, one that sees us all as one part, living on a planet with many inhabitants, whether human, animal, vegetable or mineral. As the first paragraph says, Cancer has emerged from rock (mineral/physical) and water (emotional) and brings its habitation with it, and mass instinctual consciousness comes into being. We are literally bringing in a new humanity, one that resonates at a higher level of being, one that exists more on a mental level but brings its emotional and physical natures with it.

The higher mantram for Cancer is “I build a lighted house and there in dwell”. Cancer energy is known for its nurturing, intuition, sensitivity, family origins and protection. It is heavily related to the mother energy and the caring of child. Its higher resonance here is also our spiritual home, our base root to our Soul and the source. From here we receive spiritual nurturing, sustenance of spirit and love, caring from our elder family members who look after the younger ones until they can leave the home on their own and build their own lighted house. Now is a good time for connection to our inner home.

The traditional ruler of Cancer is the moon, bringing in all the cycles of the moon and fertility, the love of the mother, emotion and water. The esoteric ruler of Cancer is Neptune, which is said to be the most Christ filled planet in the Zodiac. As we know, The Christ gave his life for Humanity when he died on the cross. His words were that he will return one day as the world teacher to once again walk upon the Earth with us. Perhaps if there is a birth of the new Humanity, this day is closer…….

We have been given that Cancer is ruled by Ray 3 – The Ray of Active Intelligence and Ray 7 – The Ray of Ceremonial Order and Magic. To look at Astrology we are attempting to look at governing influences, waves of differing energy that interrelate, mix, mingle and form influence. If the Sun is in Cancer and the Sun is the main energy influence of our Solar System, then its placement must be a major influence. Hence its time in Cancer, influences the Earth through energy exchange.

Ray 3 is an active Ray. It likes to be busy but that can be on any level, not always physical. As Cancer is symbolised by the Crab with its shell, the active energy can be one of emotional activity or mental thought, one that is more internal in expression. As Cancer is ruled by the emotional moon, emotions can be intensified at this time of the year, with a wave of feeling overcoming us or leading us or generating hypersensitivity. On the upside to this is an ability to connect with our inner self. The influence of Neptune can give us strong spiritual sensitivity, being able to open to our inner self and our inner Ashram….

Ray 7 likes order. The influence of this can be seen in the world at the moment, not just this month but all throughout life as Ray 7 comes more strongly into manifestation. Life is getting more structured. Modern technology is meant to make things easier but it seems at times it takes more time. Everything we do has structure, with more and more regulation and rules governing our lives. Of course the upside of this energy, coupled with the influence of Ray 3 is that it is a great time to get things organised. In setting up good patterns, rhythms and rituals that nurture us, our families both physical and spiritual are favoured at the moment.

The astrology chart for the time of the full moon is a busy one. There are many squares (challenge yet growth), trines (supporting energy but can take it for granted) and oppositions (all about finding a balance).

The Jupiter and Neptune opposition is moving away and we are left with the effects of balancing a new abundant, wise vision that is applied in a practical sense with the spiritual understanding of the past that served us well and has lead us to this point. We could argue that the current political turmoils seen recently and still ongoing in America are not based upon spirit yet spirit is in everything, including politics. As the fallout of Brexit continues, we at least see people attempting to look at something new. The current model of the EU did not work for them and there was the feeling of going back to the past, but one feels that there will be perhaps a better system to present itself or one with less corruption…..The transit has seemed to have had its effect one way or another.

At the time of the full moon, there is a t-square between The Sun in Cancer, the Moon in Capricorn and Uranus in Aries. Uranus sits in the middle of the opposing energies of the Sun (personality identification) and the Moon (instinctual emotion), acting as a mid-point between one thought of family and nurturing and that of ambition and material success. Uranus would be the planet most associated with freedom and change, wanting you to pursue the new. The fact it is squaring both personal planets means it won’t necessarily be comfortable, but change never is really. It will encourage us to look past our own selfish personality needs and emotions, what we hold true and identify with and look to incorporate a new outlook or level of expression. It does this as new energy comes into manifestation and so we must adapt. Pain comes from not adapting as we stubbornly resist new better levels of operating.

Saturn is still retrograding in Sagittarius and working hard. Saturn can be a hard task master and with the energy of the one pointed arrow in Sagittarius, its determination can be relentless. Continue to take teaching and learning seriously, time will come later when it moves into Capricorn for harder physical working and manifesting of what is learnt. The fact that it is still squaring Pisces means spiritual, energy and artistic learning might be more difficult, but I think it just says if you are going to learn secrets to life, we will make it harder for you to learn so you appreciate it and apply them instead of just moving on to the next course without integration of what is learnt.

Mars in Scorpio forms a grand trine with the Sun and Chiron at the time of the full Moon. Being in Scorpio gives it strong depth and drive, so dealing with any lingering issues in one’s personality, ones that are hidden, deep and perhaps not even known will be given an easier expression for that period. Time to connect internally and push through some emotional issue that holds us in emotional bondage….

The ascendant at the time of the Full Moon is Virgo, completing a strong internally focussed chart. Virgo is great for purity, for birthing the new and spiritually applying that in outer earth practical manifestation. Interestingly the Esoteric ruler of Virgo is the Moon, bringing in a double influence in a Cancer month. What does this mean? Who can be sure! One thing we can be sure of is we will feel it. Intuition and sensitivity will be extra heightened leading up to and at the time of the full moon, so use the Cancer crab shell if you need, yet be aware that as the energy of Cancer is one for the mass instinctual consciousness to come into being, the chance to connect to Humanity is also great and can be used to nurture and love others…..

Stephen is an Esotoric Astrologer and has a keen interest in the Esoteric line through the Alice Bailey books. Stephen offers astrological readings - - contact him via his Facebook page.
Previous Radiant Sun-Heart – Dew-Drops of Prana
Next A powerful message from Carl Sagan – Pale Blue Dot