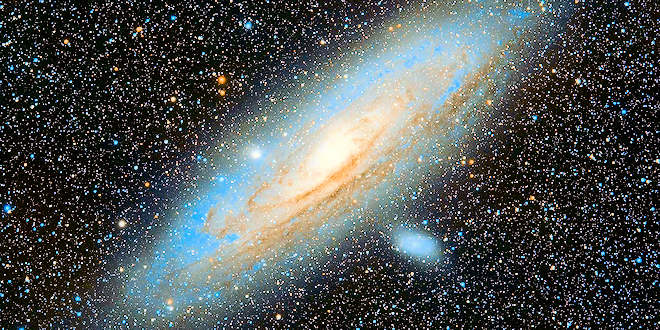 a constant flow of revelation seems to flow through human networks around the world.

From neighbourhood talk to global news reports, a constant flow of revelation seems to flow through human networks around the world. While we may tire of the more negative news, much of this revelatory flow is clarifying the ending of a previous understanding both of our world and of those who influence its direction. We are seeing many systems deteriorating and coming to an end, along with our trust in them. Climate change and world tensions even suggest the possible end of our known world. And while we might wonder where to find continuity of safety and security, the answer is already unfolding around the world.

It comes from the heart as we turn to one another for aid and support while enduring the many crises and the devastation they bring. Neighbours turn to neighbours, nations seek aid from other nations, and global humanitarian organisations stretch to meet the growing need. The essentials of life are gradually regaining their true importance as superficial priorities are swept away. We are returning to what sustains the continuity of life as the soul dawns through the human heart.

human awareness is extending into a greater field of dynamic life.

As human attention is shepherded back to essential life and living, it is also expanding its focus outwards. Along with expanding our care for one another and for others around the world, we are also reaching out into the universe as discoveries, whether in cosmic energy or space exploration, take us beyond the previously known. While material needs are being brought into right proportion, human awareness is extending into a greater field of dynamic life. We are coming to realise the relative place of the material form we inhabit as our consciousness expands to encompass a greater whole and becomes at-one with it as it reflects through each of us, its reflective sparks. The Tibetan Master explains:

We speak at times of an expanding universe; what we really mean is an expanding consciousness, for this etheric body of the Entity, Space, is the recipient of many types of informing and penetrating energies, and it is also the field for the intelligent activity of the indwelling Lives of the Universe, of the many constellations, of the distant stars, of our solar system, of the planets within the system, and of all that constitutes the sum total of these separated living forms. The factor which relates them is consciousness and nothing else, and the field of conscious awareness is created through the interplay of all living intelligent forms within the area of the etheric body of that great Life which we call SPACE. Every form within the etheric body is like a centre in a planet or in the human body, and the resemblance…is correct and recognisable.” Telepathy and the Etheric Vehicle, page 179

We all participate in this “unity consciousness” according to our realisation.

All progressive expansions result from the combined realisations of many. They build on the progress of predecessors and are inspired through the subtle strata and shared currents of human consciousness. We find the same discovery experienced simultaneously by different researchers around the world – or the same realisation flowering at the same time among multitudes. We all participate in this “unity consciousness” according to our realisation. When consciously realised we are open to it and can access all that may be known. It is as infinite as human consciousness.

As we shift identity from the material forms that we inhabit and animate, we realise our continuity of being through all dimensions and the limitations of space and time no longer hold. This is accessible to everyone. We can all share that magical moment between waking and sleeping when our consciousness spans two worlds. This moment is described in the Agni Yoga teachings:

Urusvati knows the significance of the moment that separates sleep from the waking state. This moment is called ‘the diamond of consciousness.’ During this transitory condition of consciousness man belongs simultaneously to both worlds—the physical and the subtle… No mysterious initiations are needed for the realization of the sacred moment. Everyone is given the opportunity to perceive both worlds…There is neither magic nor sorcery in the ability to perceive this beautiful moment.
…We intensify and deepen these diamond moments through a clear understanding of their significance. Indeed, they are so brief that no effort is required. Prolonged communication with the Subtle World can be achieved, but simultaneous awareness of the two worlds is momentary…
… Each human being has the power to experience this [diamond] moment that connects the two worlds, but for this one must develop a subtle awareness. All recollections of the Subtle World are extremely useful for human evolution, and even reminders about the lower strata of the Subtle World serve as a useful warning. Human thought moves in the direction of cognition of the various realms, and even the fiercest Armageddon is helpless to prevent the predestined knowledge…” extracts from Supermundane 120

As we expand our awareness and our sense of being into the subtle dimensions, we begin to experience the interconnectedness of consciousness

As we expand our awareness and our sense of being into the subtle dimensions, we begin to experience the interconnectedness of consciousness and the one empowering life flowing through every awakened heart. This is reflected in our creative expression which radiates our subtle intention and is empowered through shared focus and mutual exchange. A work of art, for example, gains radiatory power through the hearts it touches.

The concept of creative thought is profound and such thought permeates a work of art, which then becomes a strong magnet and a collector of energy. Thus, each artistic creation lives and assists in the exchange and accumulation of energy… It must be remembered that a work of art deprived of attention loses its power of transmission, and its benevolent energy is arrested. There is no living contact between a cold spectator or listener and art that is beyond his understanding…” Extracts from Supermundane 122

This principle of reciprocity reflects the one Great Life in whose flow all are immersed. We can become a transmitter of that life, or we may resist it in a downward identification with the little self and so create vortices that inhibit its divine flow and thus become prey to the counterforces which divide, isolate, and disempower.

We are now learning the limits of selfish ambition within a realm of shared living – and are beginning to live as souls.

The continuity of life and consciousness was demonstrated two thousand years ago when Christ appeared in human form and transcended the death of his material body. Since then, human consciousness has drifted down into an acquisitive focus on material forms. We are now learning the limits of selfish ambition within a realm of shared living – and are beginning to live as souls.

As the human soul awakens, we begin to experience what has been called “unity consciousness” or “soul consciousness”, also known as “Christ consciousness”. In this awakened state we see the world through the clear eyes of the soul. Our understanding expands and approaches that Presence known as the Christ, the Coming One (however named in various cultures and religions). This awakening stirs a magnetic call and, as it gains in potency, the Enlightened draw near and we approach the new world of the future.

… how great is the joy of being able to live in the future. Such a way of life is in harmony with evolution. One must learn not to belittle the past and to understand that the present does not exist—everything either was or will be. … We rejoice when We see in others the ability to connect to the future. Such striving is like the hoisting of an anchor, which permits one to set sail to the salutary shore. Striving into the future is at the Foundation of the Brotherhood. Events follow a Plan, and one must cognize the structure of the Universe in order to become accustomed to Infinity.” Adapted from Supermundane, 529

Hi, I'm one of a group of authors and editors for the Sydney Goodwill website.
Previous Shambhala. Nicholas Roerich and the Tibetan Buddhism by Guido Ferrari, 2012
Next Full Moon in Gemini 7-8th December 2022 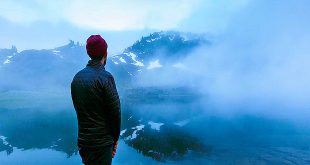