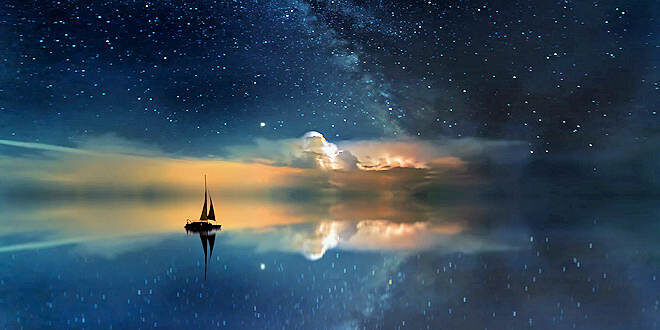 On 6th and 9th August millions of souls around the world will observe the deeply sobering anniversaries of the devastation of Hiroshima and Nagasaki by the atomic bombs dropped in 1945. Today in Hiroshima there is a Peace Memorial Park where the epicentre of the blast occurred. In the larger sweep of history humanity has demonstrated that it can move from utter destruction and unbearable pain and suffering to peace, prosperity and harmony. See: https://en.wikipedia.org/wiki/Hiroshima_Peace_Memorial_Park

The contrast of then and now over just 75 years is a testament to the human spirit’s power to renew. From the dust and ashes something new has been built that could only be inspired from the realm of the soul – the enduring presence and power behind human resilience, creativity and relationship. The Master Jesus spoke of this capacity for creative renewal as recorded through the experience of Mary Magdalene:

…And when I saw Him, seated among the fishermen and covered with a sackcloth, I remained on the opposite side and could not approach. Between us people passed, equally avoiding us. Thus my life was determined. Because He said to His most beloved disciple: ‘Take this pinch of dust and bring it to this woman, that she may exchange it for her necklace. Verily in these ashes is more life than in her stones; because from ashes I may create stones but from stones only dust.’ …” From Leaves of Morya’s Garden II, 140

Crises can carry us into a new and more subtle sense of being that transcends external appearances.

Between the few survivors and the many who died on those fateful days, a deep relationship endures and brings together the visible and invisible worlds in an unbreakable communion of the heart. Crises can carry us into a new and more subtle sense of being that transcends external appearances. Forms can be destroyed in an instant yet the persistent presence ever remains and may take on a new form under the constantly renewing power of the One Life we all share. Each renewal brings a finer expression of our human “beingness”, of who we really are in our essential Self.

The Hiroshima Peace Memorial museum records the story of the destruction and renewal in all the nuances of that vast shared experience. The most powerfully poignant among the displayed items, and which leave the most indelible memory, are the simple things – a child’s tricycle melted in parts and a student’s lunchbox bent and burnt, both recognised by those who survived and who knew the heart-rending human stories behind them. They are silent testament that, despite the almost inconceivable power of the bomb, the most powerful and enduring effect flows through the human heart and is not limited by size of form or worldly importance. Temporal appearances are just that: temporal, momentary, fleeting and ultimately gone. But the love that underlies the web of life is eternal and constantly expressing in new and beautiful ways.

The same Love and Life express through everyone and everything to the degree that they are consciously realised.

The same Love and Life express through everyone and everything to the degree that they are consciously realised. Size and distance lose meaning when all are seen as intrinsic to Life, as expressions of Life, and as radiating the Life-flow of the Cosmos according to currents of resonance between its composite elements from the tiniest atom, to a solar system, to a universe, to all of what we call Space. The Tibetan Master explained:

We speak at times of an expanding universe; what we really mean is an expanding consciousness, for this etheric body of the Entity, Space, is the recipient of many types of informing and penetrating energies, and it is also the field for the intelligent activity of the indwelling Lives of the Universe, of the many constellations, of the distant stars, of our solar system, of the planets within the system, and of all that constitutes the sum total of these separated living forms. The factor which relates them is consciousness and nothing else, and the field of conscious awareness is created through the interplay of all living intelligent forms within the area of the etheric body of that great Life which we call SPACE.
Every form within the etheric body is like a centre in a planet or in the human body… Each form (because it constitutes an aggregated area of substantial lives or atoms) is a centre within the etheric body of the form of which it is a constituent part. It has, as the basis of its existence, a living dynamic point which integrates the form and preserves it in essential being. This form or centre—large or small, a man or an atom of substance—is related to all other forms and expressing energies in the environing space, and is automatically receptive to some, and repudiates others through the process of non-recognition; it relays or transmits other energies, radiating from other forms, and it thus becomes in its turn an impressing agent…
Again, each point of life within a centre has its own sphere of radiation or its own extending field of influence; this field is necessarily dependent upon the type and the nature of the indwelling Consciousness. It is this magnetic interplay between the many vast centres of energy in space which is the basis of all astronomical relationships—between universes, solar systems and planets. Bear in mind, however, that it is the CONSCIOUSNESS aspect which renders the form magnetic, receptive, repudiating and transmitting; this consciousness differs according to the nature of the entity which informs or works through a centre, great or small. Bear in mind also that the life which pours through all centres and which animates the whole of space is the life of an Entity; it is, therefore, the same life in all forms, limited in time and space by the intention, the wish, the form and the quality of the indwelling consciousness: the types of consciousness are many and diverse, yet life remains ever the same and indivisible, for it is the ONE LIFE.” Telepathy and the Etheric Vehicle, page 179 – 180

As human consciousness shifts into an expanded, more global sense of itself, subtler interrelationships and interdependencies become apparent. With this realisation comes the recognition of the need to rebalance the flow of all that sustains our lives as living elements within the whole of Life. As we come to love and care for the whole, so we love and care for each living centre within it. Joy triumphs over grief.

I rejoice to see how the lightning flashes of foresight regarding the people’s welfare sparkle amidst your thoughts. These thoughts have to be launched into space. If you could daily spare half an hour for the future! Verily, the bonfire of your thoughts would receive Our welcome.
Let the things of everyday life vanish, but let the country of the future be embodied in thought. And what cleanses the spirit more thoroughly than the thoughts about the welfare of others? And what tempers the armor of steadfastness better than the wish to lead others to Light? And what weaves a better smile than a desire to see the very last child laughing? I urge you to think thus about the future, to place daily a pearl into the necklace of the Mother of the World. And so, concisely and simply think how to adorn the Hearth of the World.
There should be no comparison with the past, for a wrinkle of the past is usually a nest of errors. One can sail past alien shores; one has only to admire the world of light bestowed upon all that lives. Light is the best bridge between the visible and the Invisible.
When one can think about the future not by the evening fire but in the radiance of the sun, then the dew drops of prana illumine the thinking brow.” Leaves of Morya’s Garden II, 301

Hi, I'm one of a group of authors and editors for the Sydney Goodwill website.
Previous Mandala Messages ~ Agni Yoga
Next Leo Sun Aquarius Moon 2020