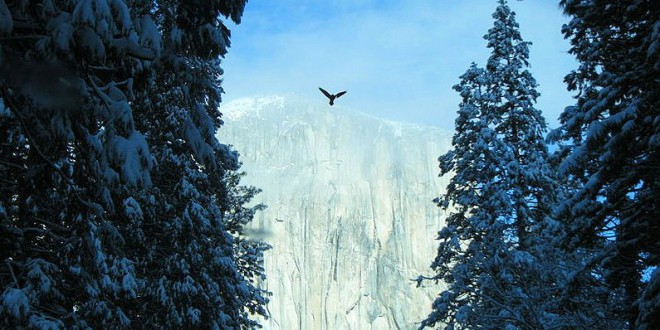 Fly Above All Barriers
Photo: Nicholas A. Chadwick

Fly Above All Barriers

From villages to cities, it seems that the more densely populated our communities are, the more we humans seek to express in light and the more inspiring and central it becomes to our daily living. From the flickering glow of open fires and candlelight to the electric power of light bulbs, fluorescent tubes and laser displays we have extended our days into the night until the barriers between day and night no longer hold. More is accomplished in a day and progress speeds up. Electric pulses fire down optic fibre networks and interconnections become rapid as they break down barriers to knowledge and transcend geographical isolation. Our interactions are increasingly “virtual” or subtle as we expand into the realms of enlightenment.

Everything is becoming available to everyone as the demand grows for transparency in any undertaking that affects us. Public opinion is growing in power as it becomes increasingly informed and enlightened. One petition site recently emailed its subscribers this affirmation:

“It’s a simple idea: a world where no one is powerless and anyone, anywhere, can create the change they want to see. Australians are using [this petition site] to save their local bus route, tackle homophobia in the AFL, win safer conditions for Coles factory workers, and stop trees being cut down at a primary school — bringing that vision to life across the country.  Today, one million Australians are using (this petition site) — starting, signing and sharing petitions to win change on issues they care about. Hundreds of petitions are winning every month. Some large, some local — but what they all have in common is proving that together, people are powerful.  And that’s the remarkable shift. For years, decisions have been controlled by the same powerful voices — who already have the most influence. But that’s all changing. Everyday people like you, armed with new technologies, are coming together around the issues that matter to them. And you’ve never been more powerful.” [See www.change.org; or http://www.care2.com for examples]

We are learning to both offer and expect truth at deeper levels and in broader frames of reference as we progress in understanding and enlightenment.

Enlightenment proceeds as we learn through practice and experience to discern truth from narrow distortion or “spin”, to uncover deliberate fabrications and distractions. Yet the breadth and depth of the scope within which we assess things – in which we discern and discriminate – can also set limits on our power to understand and our scope of enlightenment at any time. Hasty judgements and over-generalisations based on limited knowledge abound while ignorance stalks the landscape of human consciousness. Yet “Shock Jocks” and media presenters are increasingly called to account for their glib, attention-seeking pronouncements; while the invasion of personal privacy for tabloid sensationalism has been brought to the courts through enquiries demanded by an increasingly informed and vocal public. We are learning to both offer and expect truth at deeper levels and in broader frames of reference as we progress in understanding and enlightenment.

So many misunderstandings, conflicts, even wars, can be traced back to ignorance and to a lack of the enlightened understanding that we are part of a great Life in which everything we are, think, feel and do affects the whole of that life. Every part is constantly influencing and being influenced by the rest of the world in all its dimensions through space and time. We may try to ignore the “knock on” effect of our thought and action but this ignorance can only be temporary in the speeding up of a pervasive enlightenment in which we see more and more truly. We are told that:

“Well do the teachers of the race instruct the budding [disciple] to practise discrimination and train him in the arduous task of distinguishing between:-
a) Instinct and intuition;
b) Higher and lower mind;
c) Desire and spiritual impulse;
d) Selfish aspiration and divine incentive;
e) The urge emanating from the lunar lords, and the unfoldment of the solar Lord.

It is no easy or flattering task to find oneself out and to discover that perhaps even the service we have rendered and our longing to study and work has had a basically selfish origin, and resting on a desire for liberation or a distaste for the humdrum duties of everyday.  He who seeks to obey the impulses of the soul has to cultivate an accuracy of summation and a truthfulness with himself which is rare indeed these days.  Let him say to himself ‘I must to my own Self be true’ and in the private moments of his life and in the secrecy of his own meditation let him not gloss over one fault, nor excuse himself along a single line.  Let him learn to diagnose his own words, deeds, and motives, and to call things by their true names.  Only thus will he train himself in spiritual discrimination and learn to recognise truth in all things.  Only thus will the reality be arrived at and the true self known.” A Treatise on White Magic, page 585

Then the energy of loving understanding flows to nurture and promote that Life rather than the judgemental forces that separate, fracture and disempower.

True discrimination is not based on separating out what is deemed “wrong”, “unwanted” or “unfitting” but in discerning their true place within the whole and their true relationship with all else in the unfolding of the greater life through time and space. Then the energy of loving understanding flows to nurture and promote that Life rather than the judgemental forces that separate, fracture and disempower. Apparent impediments move into a more constructive role through the force of the central life and its integral purpose.

The subtle beginnings of new visions, goals and modes of apprehending and materialising them need the care and protection that all new birthings require – silence, constant care, and attentive listening to apprehend the new life emerging. It must be protected with truth, purity of intention and beauty in order to ease the transition from the perfect realms of reality into our current world still progressing towards that distant yet destined goal.

Thus Truth above all which is beauty as the oft-quoted line reminds us: “Beauty is truth, truth beauty” [John Keats, Ode on a Grecian Urn] For truth is the way to the beautiful, the greater life expressing, as Helena Roerich wrote:

Great beauty is contained in the realization of unlimited life, unlimited evolution, in the cognition of unity in the multiformity of all existence, and consequently of the basic equality of mankind. But no less beauty is contained in the realization of the unlimited power of the human mind and its thought-creativeness. The highest life is revealed in the incalculable variety of manifestations of nature, and man – its creation – in his turn is summoned to create in the images and ideas accessible to him. Therefore, a poet, a musician, and an artist, who express creative thought, must find within the depths of their being those symbols which most of all respond to their heartstrings.” Letters Of Helena Roerich II, 10 September 1938

Beauty might be described as the radiance of the inner life which may be expressed through any form, whether considered exteriorly beautiful or not. It is the light of a Soul eclipsing the external form and surrounding it with glory. The beauty of life is in everything, waiting to uplift us if we are tuned to catch its exquisite, gossamer-light and pervasive presence. We have but to be available to it. As Gretel Ehrlich writes in The Fasting Heart:

What is this wild embrace? This slipping away of heat from air at daybreak, these clothes made of bird cries being peeled from my body? … Lao Tzu exhorts us to listen to the world ‘not with ears but with mind, not with mind but with spirit.’ Some days I hear what sounds like breathing: quick inhalations from the grass, from burnt trees, from streaming clouds, as if desire were finally being answered, and at night in my sleep I can feel black tree branches pressing against me, their long needles combing my hair.”The Fasting Heart

The realms of beauty and truth are ever close and can be entered and known through an open attention and the will to endure.  We are told:

The Thinker said, ‘Be able to fly above all barriers.’

… People are given powerful wings called the will; but it must not be thought that the will can be formed by oneself, forcibly. It must be cultivated, as a precious flower. And man does not know when the ‘Fiery Lotus’ will blossom. Sometimes the lowest, everyday conditions will not be an impediment to a wonderful flowering; thus, man can prepare himself for a most important flight. He will be able to pass by the darkened strata, almost without noticing the ugliness of ignorance.

Man is able to ascend to wherever the guiding magnet attracts him. In ancient initiations the disciple had to pass through a chamber filled with most frightful images. The disciple had to proceed with open eyes, but it was up to him not to notice the surrounding horrors. This test of will preceded entrance into the Chamber of Beauty. Similar tests take place at the entrance to the Supermundane World. The traveller must strengthen his will and learn to focus his thinking toward the final consummation.

The Thinker said, ‘Be able to fly above all barriers.’”   Supermundane IV, 813

To experience beauty one needs both light and enlightenment: light in which to make it perceptible and enlightenment with which to recognise it. Ultimately beauty is light. Alice Bailey wrote of this enlightened state of perception in Light of the Soul, her commentary on the Yoga Sutras of Patanjali:

He has arrived at the point at the heart of his being.  From that point of pure spiritual realisation, he can increasingly work in the future.  Through practice, he strengthens that realisation, and all life, work and circumstances are viewed as a passing pageant with which he is not concerned.  Upon them, however, he can turn the searchlight of pure spirit; he himself is light and knows himself as part of the ‘Light of the World,’ and ‘in that light shall he see light.’

He knows things as they are and realizes that all which he has hitherto regarded as reality is but illusion.  He has pierced the great Maya and passed behind it into the light which produces it and for him mistake is in the future impossible; his sense of values is correct; his sense of proportion is exact.  He no longer is subject to deception but stands freed from delusion.

When this point is realized, pain and pleasure no longer affect him; he is lost in the bliss of Self-Realization.” Light of the Soul, P.104

Hi, I'm one of a group of authors and editors for the Sydney Goodwill website.
Next We Are Made Of Stardust 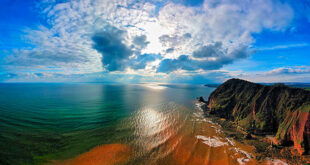 Toward an Infinite Land of Day 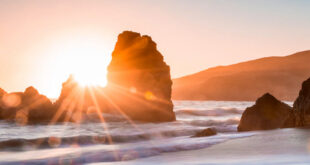 The Rising Tide of a New Human Consciousness 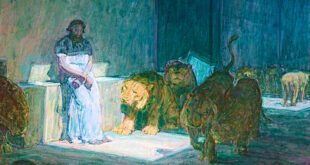 Removing the Seeds of Enmity 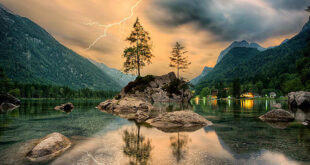 As we followed the election process in the USA, progressing through an uncertain interim to … 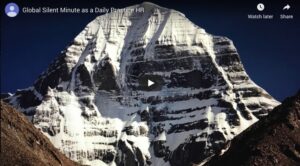 Meeting: Wednesday 26th May 8:00 pm
Actual Full Moon: Wed 26th May 9:13pm AEST
Keynote: I RECOGNISE MY OTHER SELF AND IN THE WANING OF THAT SELF, I GROW AND GLOW 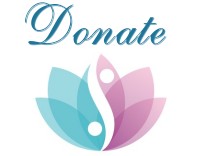