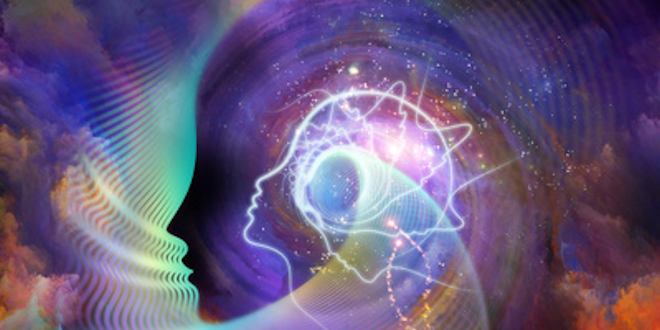 The ‘I’ beyond self

These days we find so much being presented through the media and the internet on the latest research and discoveries about our physical makeup and in particular about the brain – how it works, how we can augment its realised capacity or adjust it to resolve physical or personality problems. Some examples we have heard from are:

With the unfolding into public consciousness of all this new understanding perhaps we are approaching the realisation that we ourselves are not our physical equipment but rather inhabit or animate the vehicles through which we connect with the world and by means of which we express our response to it. Increasingly we are gaining control through understanding, and can extend and direct our mechanism of contact, perception and realisation. New terms are bringing new concepts into human consciousness – “brain plasticity”, “neuroscience”, “sensory substitution devices” – and take us over the threshold into a whole new understanding of who we are, of our identity. Where does our consciousness reside? Wherever we think it resides, it is the location from whence our awareness opens out in all directions and dimensions. And that point of location of conscious identity seems to be shifting, moving into deeper waters, beyond the physical brain’s registration of experience and into subtler realms of being beyond the material plane.

There are as many paths to this subtle centre of being, as there are individual experiences. Some follow the unfolding revelation through the material sciences such as those areas of research mentioned above. Some respond to the inspirational inflow through Art or Literature such as the poets who can take us beyond their words into an experience of finer being. Some, through the natural sciences such as zoology, are inspired by the divine in the wonder of animals – their beauty, innocence and wild integrity (for they are exactly what they are, no false appearance). Examples are:

There is so much information available now through the electronic media and the internet. We no longer need to rely on an individual memory nor spend time storing facts and details within it. It seems we are moving beyond the “Information Age” into a time when we seek instead the wise use of the great reservoir of information, universally available, applicable and expanding. Our mind is redirecting the searchlight of its attention to the understanding and best application of what is known for the benefit of the life and living we share. The universal principles behind the many specifics are emerging more clearly and becoming of greater import to us – such as freedom, transparency, interdependence. They are becoming acknowledged in human consciousness and, perhaps paradoxically, are being revealed both by those who deny or curtail them and those who support and pursue them.

This creative living will express itself through a new world of beauty and of recognised divine expression; through the outer form, the ‘light of livingness’…will show.

The more intensely the privileged few continue to amass and hold to an old understanding of “wealth”, the more intense becomes the creative search for alternatives by the many. People, “ordinary citizens”, are more actively exploring alternatives to past modes, values and priorities of living – alternative energy, monetary systems, economic strategies and values, health modalities, ecologically safer options for every aspect of our shared living. Perhaps we are entering the true Age of the Mind. Whether we are exploring it through its mechanisms of reception, the brain and the senses, or experiencing its power as we expand understanding, we are taking control of the powerful forces of creative thought. We are told, regarding the “energy of intelligence, actively displayed in creative activity”, that: “The creative ability of the future will emerge on a relatively large scale in the realm of creative living and not so much in the realm of creative art. This creative living will express itself through a new world of beauty and of recognised divine expression; through the outer form, the ‘light of livingness’…will show.” The Destiny of the Nations, page 6

The human kingdom is entering consciously, creatively and decisively on its journey into the divine being of the One in Whom we live and move and have our being. And each in his own time: “knows or is learning to know that he is not this or that, but Life Itself. He is not the physical body or its emotional nature; he is not, in the last analysis… the mind or that by which he knows. He is learning that that too must be transcended and superseded by intelligent love (only truly possible after the mind has been developed), and he begins to realise himself as the soul. Then, later, comes the awful ‘moment in time’ when, pendant in space, he discovers that he is not the soul. What then is he? A point of divine dynamic will, focussed in the soul and arriving at awareness of Being through the use of form. He is Will, the ruler of time and the organiser, in time, of space. This he does, but ever with the reservation that time and space are the ‘divine playthings’ and can be used or not at will.” The Rays & the Initiations, page 107

I wonder if I know him
In whose speech is my voice,
In whose movement is my being,
Whose skill is in my lines,
Whose melody is in my songs
In joy and sorrow.
I thought he was chained within me,
Contained by tears and laughter,
Work and play.
I thought he was my very self
Coming to an end with my death.
Why then in a flood of joy do I feel him
In the sight and touch of my beloved?
This ‘I’ beyond self I found
On the shores of the shining sea.
Therefore I know
This ‘I’ is not imprisoned within my bounds. Losing myself, I find him
Beyond the borders of time and space.
Through the Ages
I come to know his Shining Self
In the life of the seeker,
In the voice of the poet.
From the dark clouds pour the rains.
I sit and think:
Bearing so many forms, so many names,
I come down, crossing the threshold
Of countless births and deaths.
The Supreme undivided, complete in himself,
Embracing past and present,
Dwells in Man.
Within Him I shall find myself –
The ‘I’ that reaches everywhere.
I, by Rabindranath Tagore

Hi, I'm one of a group of authors and editors for the Sydney Goodwill website.
Previous The Consciousness of the Atom
Next The Destiny of the Nations