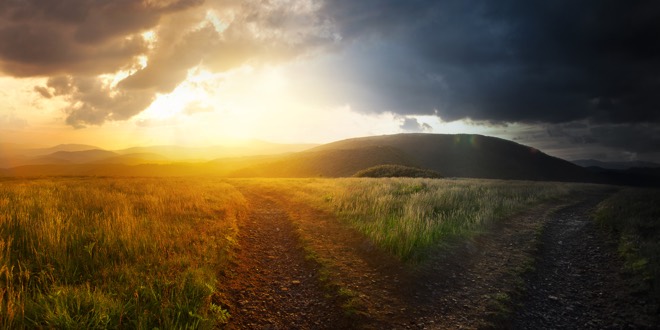 Libra is often spoken about in astrological terms as a sign which chooses between two opposing forces. The sign itself is symbolised by the scales of justice, weighing up both sides of expressive energies and generally taking the middle ground, which involves the two plus a third from a higher source. From this middle ground, there is some type of inclusion of both the energies, thus forming a third type of energy, one that has the best of both…..

As we can see clearly in the world, this is very much happening at the moment. We are constantly seeing warring factions – left and right, conservative and progressive, capitalist and socialist. Both sides of the spectrum present their views as being the right way, yet neither have the all-encompassing view. Has there ever been a time where this was more highlighted?

Humanity is on the cusp of something new and brilliant. Our materialistic structure which has ruled us for the last few hundred years has reached its epoch and we can see that we cannot continue our way of life as business as usual. The seams around us are not only cracking, they are completely dislodging. Though many of the world lay in a hibernated sleep, others stir as they sense the very real urgency of the current time.

Led by those who sense and see the change needed and are willing to be the catalyst for it to happen, the collective energies of the Earth are stirring so that the middle ground comes to Life, with a very real and powerful force behind it. As much as those who deny there is anything wrong fight it back, or those that see it but are reluctant to rock the boat over fear of what might happen, change is happening – from the very depth of Humanity itself.

Libra is said to be the sign where disciples change their direction – from that on the endless cycle of rebirth and death on the karmic Earth plane, to that on the Plane of Life (your Soul’s purpose and its part in the greater Whole). This perhaps speaks of the true essence of Libra as we know it. Reaching the point where you no longer need to see the effects of 2 opposing forces, as you start to understand the internal Life within and begin to follow that forward….

Though the energy of Libra is said to involve procrastination, as the weighing up causes a stop in movement, perhaps its real purpose is to pause…..

When you are out in the bush or forest and are experiencing being happy in nature, there is a real slowing down of our thoughts and actions, as you just sit in the nurturing presence of the energy that is around you. From this paused state there is an inflow of a greater energy, a different perspective, a newer, fresher outlook and a subtle note of your inner senses – often bombarded by the pace of the world.

This pause is a necessary state for us all – to gather our thoughts, quieten our emotions and to recharge our physical bodies. More than that it is a chance too for our intuition to come in, allowing the Soul to impress upon us what is our next step.

Libran energy is very powerful…..Besides its energy as mentioned above, there is also the beauty that it brings through its ruler, Venus.  It is also very much a catalyst for change. The esoteric or Soul ruler is Uranus, the planet most associated with change and rebellion. As we have seen in the last few weeks, there has been a huge surge in unhappy people rebelling at authority, for many different reasons. As the Sun moves through Libra, this energy comes into more focus. They are literally responding to a higher push to break through old outdated structures that used to work but are now not in line with the current evolution of the Earth.

Interestingly, the highest ruler of Libra is Saturn. I think this perfectly sums up Libra and why it rules law. Many things which are hidden and protected by man-made laws that protect the elite few are being challenged and will continue to be. Saturn is the ruler of both time (the time has come) and Karma, and there is a real sense that we are all balancing our Karma at this point. Greater energies than us are at play here, but of course we have an effect on what we do and our part in the Greater Whole.

As the Sun is in Libra, this means that at the time of the Full Moon, the Moon itself will be in Aries. All Full Moons represent an axis of energies, highlighted at the time as we have the Sun on one side of the Earth and the Moon on the other. Aries is very much the impulsive energy, as all of my Aries friends would gladly agree. Libra is more of a ‘stop and pause’ energy – to think something through – but realistically once a decision is made, it is a great catalyst for change.

While you deliberate, the emotional Aries will probably test your emotional patience. Don’t be surprised if you act impulsively if emotionally stirred, acting without complete regard for consequence. This, of course, can be used if understood, garnering and stirring your emotional body to action once something is weighed up and perhaps a third and higher alternative presented by the Soul…..

All of this is a lead up to the next sign, where Scorpio energies will become available. It will be very interesting to see how the present happenings of the world will express when put through a Scorpionic filter. Conflict, change, transformation, death and rebirth will come to the surface, as will perhaps revelation. More of that in next month’s article.

Stephen is an Esotoric Astrologer and has a keen interest in the Esoteric line through the Alice Bailey books. Stephen offers astrological readings - - contact him via his Facebook page.
Previous Solstice Silent Minute: Workshop 23rd November
Next The Journey Continues – Chapter 7