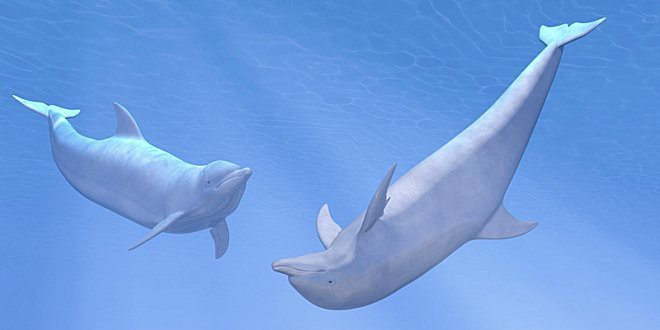 The two most service-related signs of the zodiac influence this full moon. With the Sun in Pisces, this could bring us all to a closer relationship with the One Life – as through giving to others we move into closer union with spirit.

As we round out the astrological year, we head into the mystical waters of Pisces, represented by two fish facing in different directions. Pisces is a mutable water sign and as such is highly adaptable, changeable and can shift about like the endless waves moving about in the ocean. 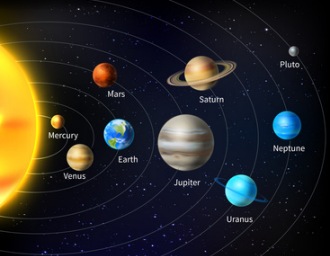 The ruler of Pisces is Neptune, that mystical planet of frozen gas way out in the solar system. Astrologers used to believe Jupiter ruled Pisces, and while that influence is still probably somewhat true, they now believe Neptune is the ruler. On a deeper and esoteric level, it is said that Pisces is ruled by Pluto, that tiny dwarf planet way out on the edge of the solar system. Both these ruling planets are far away from both the Sun and the earth, perhaps giving an insight into the effect of these mysterious planets.

Neptune is considered to be a planet with a strong Christ filled influence. It is linked with creativeness, dreams, artistic expression and religion. Its influence is to open one up to the universe, to experience limitless boundaries and to take all in as one, just like the influence of the ocean on the earth. For the last 2500 years we have been under the influence of the sign of Pisces, and it has brought us to a greater understanding of God, though how exactly that expresses itself could be debatable.

Pluto of course is considered to be much more direct. Its influence is one of power and change and it is known as the transformer. It literally can free you up by blowing up the restrictions set upon an object or life. The power of plutonium was there for all to see when it was unleashed in the 1940’s.

With these two planets influencing, it is easy to see why Pisces would need to be adaptable and mutable in its nature. The seeking of unity with the universe and the one life is a keynote, but there are two different influences through which it may be achieved. Within Pisces is much subjective influence and power, hence why it rules the 12th house in astrology.

Pisces is the sign of the world saviour.  The higher mantram for Pisces is “I leave the Father’s home and turning back, I save”.  The disciple, having gone through the initiations and climbed the mountain in Capricorn, then climbed back down the mountain and served humanity in Aquarius, becomes one with the One Life in Pisces and returns to the source, the Father’s home or spirit. From there he returns as a son of god, one with all life.

This chart is marked by two distinctive groups of planets, one in Pisces and the other in Aries. The Piscean influence is strong, but it is always the case that whichever sign the sun is passing through is highlighted at the time of the suns movement through it.

The sun is halfway through Pisces at the time of the full moon, so we are used to its energy by then. Neptune is there and will be for a long while, so this creates a stronger influence of Piscean energy. As Pisces is water, expect strong water influences in the form of physical plane manifestations – rain, snow, cyclones etc, plus both strong emotional and healing influences abounding.

A good time for intuition, creative ideas and meditation
Chiron is also in the mix there, so this is actually an excellent time for looking into one’s subjective nature and seeing what influences oneself. It can be a good time for intuition, for sensing new creative ideas and starting to formulate thoughts around abstract concepts. Meditation at this time could bring many interesting insights, even if just the outline is sensed.

Keep your feet on the ground
With a strong Piscean influence though, one could be warned about not getting too lost in either one’s emotions or the sensing of a greater picture. There could be the risk of letting go too much. Perhaps keeping one’s feet on the ground whilst exploring a subjective nature would be beneficial. This of course would be the case for both Humanity and on a personal level.

The potential for great personal leadership
There are 3 planets and the south node in Aries at the time of the full moon. Uranus (still squaring Pluto) is joined by Mars and Venus. Being in Aries, which is a fire sign, will bring some strong fire to our personal energies of expression. We will have strong drive, passion and love for whichever things we value and hold true. Pluto squaring will want us to transform the tried and true (south node) and move into a greater sense of freedom, especially with a lot of Piscean energy about. Jupiter, which is in Leo, trines the Aries planets, so it could give us a sense of knowing it all and being right, or it could end up opening us up to greater personal leadership. The use of the energies is really up to us. The influence of the planets, probably less so.

Full moon is in Virgo
The moon at the time of the Full moon is in Virgo, enhancing the ability to analyse our emotions and giving us some grounded-ness with the above. This could be considered a strong bonus to balance the Piscean influence drawing us into the subjective, as long as we don’t over analyse too much and bring in too much mind element.

Saturn continues in Sagittarius. For the next few years, it will be a really good time to commit to some type of study of higher learning, and Saturn will probably ask that you do something. Once committed, it will ask that you stay committed. The upside of this is of course the structure, commitment and impetus to learn something more and the push to go through with it.

Ascendant in Aquarius
At the time of the full moon, the Ascendant is in Aquarius, layering this chart with its service related influence. With Aquarius as the ascendant and the moon in Virgo, we probably have the two most service-related signs of the zodiac highly influencing. Virgo is more related to practical mundane everyday service, while Aquarius is more related to service to bigger groups and Humanity. It would perhaps suggest that service to others would be supported by the energies of this time and, with the sun in Pisces, could bring us all to a closer relationship with the One Life – as through giving to others we move into closer union with spirit.

Stephen is an Esotoric Astrologer and has a keen interest in the Esoteric line through the Alice Bailey books. Stephen offers astrological readings - - contact him via his Facebook page.
Previous Inner Worlds
Next Towards a New Era of the Heart