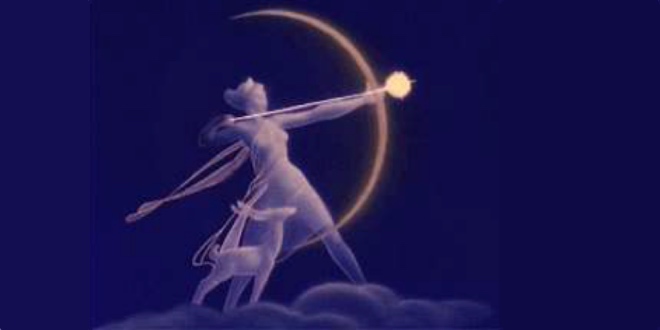 Another year is just about to come to a close, at least from our current Gregorian calendar system. Have you ever wondered what it would be like if we did not have a calendar system and were not ruled so much by time? Imagine if we existed on a level that did not require such a set structure that ruled our lives (days, months, years). How would we be able to exist in a structured society?

The reason I put this question out there is Sagittarius is the sign of the mystic. With his arrow permanently pointed forward, the energy of Sagittarius compels one to look forward to the future and try to understand the unknown. Looking up to the heavens and knowing that we understand and comprehend but a small fraction of truth of the universe, the energy of the archer desires that we seek to know that truth, however guarded or far away it may seem.

Getting back to the question of what it would be like without living with an ordered calendar system, I believe we are seeing this happen increasingly. How many times have you caught yourself or someone you know say I cannot believe this year has gone so quickly, or where has this year gone, and can you believe it is almost Christmas? Such statements are from people who have lived their whole lives under the Gregorian calendar system. Part of their inner being senses and knows that things are changing. In the new world being born, no set rules that have governed us seem to be staying the same. No set patterns seem to be holding true of the past – weather and climate especially.

Next month a major transit is about to happen – the Pluto/Saturn conjunction. These 2 planets that slowly move their way around the Sun, or should I say – are held within the gravity of the Sun’s considerable mass – will come together in a line in front of the constellation of Capricorn, for the first time since 1518. Though they come together much more regularly (1982, 1947, 1914-15), they have not been conjunct in Capricorn since 1518.

That time in 1518, was considered to signal the end of the dark ages, bearing fruit with the renaissance movement that came after. In the greatest of cycles that we see in the world and especially with astrology, are we about to come towards the end of another age? Say perhaps the age of materialism, which has probably reached its zenith. We don’t need to look any further than the current state of the world, to see it bursting at the seams, to know, not just to think but to know, that change is evident and needed.

As the planet linked in astrology to great transformation (Pluto), joins its energy with the planet that rules time and structure (Saturn – note the rings of form), all in the sign of Capricorn, are we heralding in a new age? Capricorn rules the zenith of Human experience. Like the mountain goat that climbs the mountain, have we reached our peak human earthly experience, having climbed the mountains of materialism (Capricorn is an earth sign)?

Now that we have reached our peak, we look back with Sagittarius honesty and see the littered mess that ensued from that climb and know that things need to change and are changing, every moment. As I look outside here in Sydney to the smog from continually burning fires (Sagittarius is a fire sign) that engulfs our air outside and has been for about a month straight, I believe things are changing. They need to and they are. We can no longer think it is business as usual. People are being forced to wake up, it is literally in their face, even though many still want to keep to their familiar patterns, especially as the new seems more terrifying.

Instead, we have something rising from the ashes (literally). A new belief, a new thinking, a new acceptance. Sagittarius rules the Path, the energetic blueprint of the way for us to get back home to the higher part of ourselves. We have been on this Path for a long time and at key points on the Path we have choices on which direction to take. I believe some directions are to be chosen and some are chosen for us. It would seem we are at a point where we get to choose freely, but very shortly in the future, we will have it chosen for us.

The Pluto/Saturn conjunction is there to change structure, transform it, to help us bring in something new and beautiful. When old worn-out structures no longer serve, they are cast aside to make way for the incoming newer, more beautiful and higher energy. Such is the way of Life! Let’s use this time to usher in something to replace what is being broken up, something that is more aligned with living in this new age.

This is a key moment. There are plenty of energies that are bearing fruit at the same time. The week from the 21st of December to the 28th is the festival week for the New Group of World Servers (NGWS). This is a peak period every 7 years where there is much energy available to those who work with light for the betterment of Humanity. Many events will be on at this time and it is a great time to sit and be still or meditate.

On the 21st of December (22nd in Australia) we will have the global silent minute, an initiative born out of Love, to unite the world of Humanity (and those on the other side) in a minute of silence, together all at one time. It just so happens that Sagittarius is said to be the sign that rules silence….and on the 21st, we will be very much in the cross-over period of the Sun moving from the constellation of Sagittarius to Capricorn. Let us use that time to unite together in meditation, allowing the full impact of sitting together in silence for a minute and all that comes from that. See www.globalsilentminute.org for more as well as the materials on our website: https://sydneygoodwill.org.au/

Towards the end of next year, on the 21st of December (note the similarities), we will have another very important conjunction called the Great conjunction. This happens every 20 years and involves Jupiter and Saturn coming together, this time in the constellation of Aquarius. The last time they conjoined in Aquarius was in 1405, a long time ago. Aquarius rules the new age, and both these planets rule Aquarius (Saturn did before Uranus was discovered in the 1700’s).

I will discuss this more in other articles, but know this is a wonderful transit. For Humanity, which is crying out for something new and beautiful to replace the current chaotic events, this is the diamond in the rough.

The mantra for Sagittarius is “I see the goal. I reach the goal and then I see another”. Our vision is expanded in this sign and allows us to see forward into the future, though it might currently be blocked by the smoke in the air. In terms of the full moon in Gemini, that will help us see the finer details. Gemini loves fact and detail as much as Sagittarius dislikes the small petty details. But both are needed.

Make the most of this month leading up to festival week. Allow your vision to be expanded and thoughts and inspirations to impress upon you. Also allow the finer details of what needs to be done to permeate you, so that we don’t just let our visions slip away but we anchor them on the physical plane. Sagittarius is ruled by the Earth on the Soul level, hence the very strong connection to our Home.

A note from the author:

Hopefully you enjoyed the above article. I have a new website up and running (though I will continually add to it). If you want to read more articles or would like to book a personalised reading with me, go to www.astrologyofthetimes.com for more information. I am running a 20% discount at the moment on all readings until February.

Stephen is an Esotoric Astrologer and has a keen interest in the Esoteric line through the Alice Bailey books. Stephen offers astrological readings - - contact him via his Facebook page.
Previous The Journey Continues – Chapter 8
Next Songs of Peace, Freedom & Cooperative Endeavour