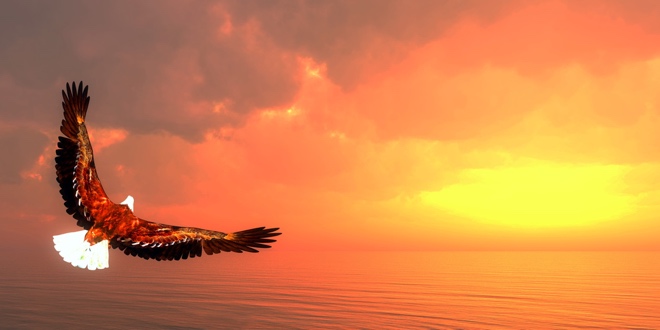 The Sun’s highlight through Libra has come to an end, signalling a move away from the Cardinal air of Libra, into the fixed watery world of Scorpio. You would probably have sensed this already, with an increase in heightened awareness of psychic energy and happenings, more combative thoughts and feelings with others and ourselves, plus a general revealing of things that have been hidden for a while. Think about the files on JFK in the U.S.

Scorpio definitely gets a bad rap, partly as it has qualities that relate to the use of the famous sting in the tale. Yet some of the most evolved and warm people you might be likely to meet are Scorpios, as they experience a depth of feeling and communion like no other. When we learn to focus the Scorpio-like gaze of energy on behalf of others, we can become true warriors.

The higher mantram for Scorpio is “Warrior I am and from the battle I emerge triumphant’, signalling this sign, as well as Aries the God of War, are here to do battle of some sort. As Scorpio rules the hidden realms of life – death, the psyche, the deep and dark, and themes of power and sex, it is often aligned with the dark, muddy areas of life that we do not like to admit or go into openly.

Yet this sign is all about going there. If you have Scorpio prominent in your chart, you will know what I mean. Focussing on going more deeply within yourself and battling through the lower parts of yourself that you have perhaps hidden, is part of what this sign is about. As the Sun transitions through this sign, we can all learn to use its power and sense of enquiry….

As this month moves along, we will see opportunities, both voluntary and forced, to look and deal with the shadow side of ourselves, which are actually a chance for us to live more freely and less weighed down. As much as we can we should perhaps try and welcome this, embracing it as an opportunity to remove some negativity in our life.

Of course on greater scales, these opportunities often bring pain and defeat, especially temporarily, as Scorpio is about purging and letting go. We seldom do this easily, but like a phoenix, another symbol for this sign, rising out of the murky depths and living anew is what Scorpio can offer us.

Pluto rules this sign on the traditional level, with all of its Power, Will and transformational influence lending itself to Scorpio very well. Pluto is positioned in the outer realms of our Solar system. Have we ever thought of why? Like the qualities we are told it shares with us, its position in the outer realms of dark space give us a small clue to its purpose and therefore its partnership with Scorpio. The true power lying deep within, just hidden. The secret aspects of our being that are not there for everyone to see, but are there waiting anyway for us to call upon.

The Esoteric ruler of Scorpio is Mars, bringing in the true warrior energy. At this evolved level, Mars influences Scorpio with the taking up of the battle, on behalf of Humanity. Mars is ruled by the 6th Ray of devotion and idealism, so following a belief, an idea, a line of thought that serves the greater good is where Scorpio energy can take us.

Interestingly, the Hierarchical ruler of Scorpio is Mercury. At its highest level, The Messenger of the Gods is influencing this sign. The use of the Will and the higher mind is dominant here, in a way we do not yet understand, but we will. Transcending desire and transforming our lower destructive mental thoughts, including personal and group is what Scorpio can offer us……….

Whatever will happen to us, it will be like a double dose

The chart at the exact time of the Full Moon looks like a battle ensuing. The Sun is in Scorpio and is conveniently positioned in the 8th house, the natural house of Scorpio. This will give it a double hit of influence. Expect all Scorpio qualities to be highlighted, meaning double of everything. Whatever will happen to us, it will be like a double dose…..

Jupiter just happens to be very close to the Sun as well, so I expect it to magnify and expand everything. This of course is great in the overall scheme, as a lesson learnt by the great wise Jupiter is always a good thing. Yet we do need to be careful it doesn’t make things seem bigger than they are.

A balance is needed in relationships

Uranus is in Aries and is opposite Venus in Libra. Venus is very much at home in Libra, its natural home, yet Uranus is in direct opposition for a little time. This is significant at the time of the full moon. Uranus has almost burnt its fire out in Aries, where it has been for years, ushering in new and massive change for our world. Its brief opposition to Venus will see a balance needed in relationships, especially with the more progressive side of our nature versus the diplomatic peacemaker. Think progression of the use of forests for product versus the need to keep the area beautiful and peaceful, but in this case will play out in relationships….

Neptune is sitting in a beautiful trine to the Sun at the time of the Full Moon, whilst also being in sextile to the Moon. In this case it is the anchor point between our sense of identity and feeling things in a deep and intense way, and our emotional feelings wanting to stay more grounded, easy and basically not wanting to go so deeply. It almost reads to me as though through the Soul, our higher sense of ourselves, the influences of meditation or finding that sense of ourselves in the greater universal will assist us in navigating the opposing thoughts and feelings we will experience, especially in relation to desire and being free of it.

This Full Moon, the Moon itself will be in Taurus, signalling 6 months since we had our high spiritual peak with the Sun’s journey through Taurus and the Wesak festival. In essence this means the energy released at that time would have reached its utmost outer expression, before we start the upward journey and build up before the next peak period next year.

I think of a Taurus Moon as a time for the beauty and outer physical expression of plans made up to 6 months ago to be completely materialised. There is a real anchoring with this type of Moon, plus a real sense of beauty and love that comes with it. It is also a great time for making music, spending time in the garden and nature, painting, enjoying art and growing food at home…

The ascendant at the time of the Full Moon is in Aries, highlighting the dynamic inner and outer battles I think we will face. There is a real sense of a battleground here, played out on many different realms of consciousness……As the world continues to change, we are encouraged to choose sides with differing opinions or beliefs, yet sometimes neither seem clear or completely right.

This is where seeing the underlying principle is most useful, as we can use the Scorpio energy of going deep within to sift through the outer noise and confusion, right to the heart of the truth…….
Share

Stephen is an Esotoric Astrologer and has a keen interest in the Esoteric line through the Alice Bailey books. Stephen offers astrological readings - - contact him via his Facebook page.
Previous Reflect the Truth and Beauty of Life
Next Experiments in Communication with Morphogenetic Fields | Michael Lindfield