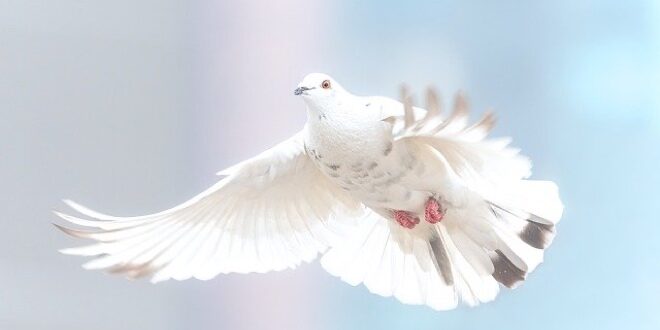 On this coming 21st of September 2020, we will have the 40th – United Nations recognised – International Day of Peace. Having started in 1981 as Peace day, it was established in 2002 to be recognised every year on the 21st of September. Due to time differences, the day of the 21st will be celebrated at different times all over the world, though it will be on a Monday for everyone.

The 21st of September is an auspicious day and one cannot help wonder about the decision to choose that day. Every year we recognise the Spring/Autumn equinox on the dates between the 20th – 22nd of September. The equinox signals the exact balance between day and night. It also symbolises the start of either Spring in the Southern Hemisphere or Autumn/Fall in the Northern Hemisphere. Both symbolise a change of season and a move from either the heavier Summer or Winter months.

The 21st of September is also an approximate time in astrology where the Sun will move from the earthy Virgo energies to the Libran air energies. Libra is, of course, a sign for justice and for balance, with the symbol of the judge – blindfolded and holding scales – forefront in our minds when we consider the impact of this sign.

The traditional ruler of Libra is Venus, the planet which attracts beauty, art and the finer delicacies in life. It is an influence that conditions Libra with the deep need for peace and love, usually at all costs. This is a perfect time, with the Sun just moving into the sign or just about to, to have the day for the International Day of Peace.

Further to the effects of Libra, the esoteric ruler of Libra is Uranus, the planet often most attributed to the new age that is upon us. When the higher energies of Libra are called to influence, we then have Uranus come into power. From here there is a need and the potential to break through all of the patterns of the past (war, terror, fighting) and usher in a new influence that seeks true balance as its cornerstone of expression.

On the Hierarchal level, which is where the Masters and the Higher evolved spirits reside in consciousness and where we will all live in the future at some time, Libra comes under the influence of Saturn. This of course makes perfect sense. Saturn rules Karma itself and I definitely see the correlation between the image of the blindfolded judge and Saturn. Saturn rules law and the dispensing of justice at all levels in this Solar system. Its great rings are symbolic of the enclosed nature held within the planet and how we cannot escape the balancing of energies.

So here we are in 2020, probably the most unique year the world has seen for some time. One senses the touch of Saturn, balancing the current energies that were way out of alignment and looking to correct the ledger. Peace itself is found in that balance, in the calmness of the current storm. It seems like this year’s IDP comes at the right time, as the world calls forth to an end of our current patterns attempts to invocate a lasting change, with peace at the forefront.

The current astrological energies have created a field where Harmony through conflict seems normal, with Mars providing a heavy but much-needed square to the dense and controlling atmosphere created by the Pluto/Saturn/Jupiter conjunction in Capricorn. Mars current retrograde motion might offer some small respite before it turns and then goes direct in the coming months, challenging again the authoritarian hold that seems to be held over the current world energies. From conflict can be found peace though, when warring and long-held ideologies fall apart under the weight of new incoming energies.

Let’s hope that this year’s International Day of Peace acts as a catalyst for true and sustainable change, moving towards a more open and transparent way of living, where conflict only extends to the dialogue about ideas, rather than the need to enforce them on others or have them taken as the only way to express.

Stephen is an Esotoric Astrologer and has a keen interest in the Esoteric line through the Alice Bailey books. Stephen offers astrological readings - - contact him via his Facebook page.
Previous UN Peace Day, 21st September 2022
Next Global Silent Minute International Day of Peace