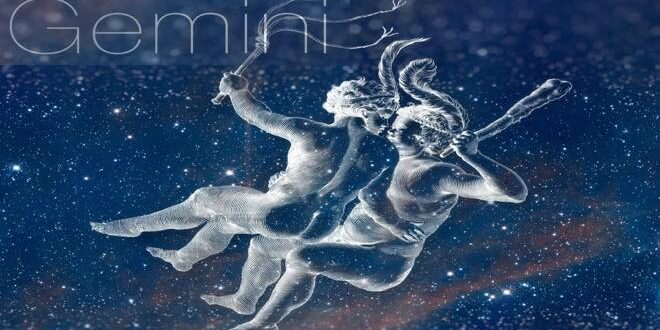 Actual Full Moon: Saturday 6th June 2020 @ 5:12 am AEST
Keynote:  I RECOGNISE MY OTHER SELF AND IN THE WANING OF THAT SELF, I GROW AND GLOW

Last week you would have probably been aware of the change in energies from the more solid and stable Taurus – to the airy and changeable Gemini. Needless to say, you might have had an up and down week. Gemini is a mutable air sign, so expect the unexpected for the next 2-3 weeks.

We are approaching another important time of the year. You are perhaps now familiar with the saying of ‘we are living in unprecedented times’: it is a phrase that many say about our lives at the moment. This current time is no different and will not offer any respite from challenges and changes of movement, yet there are some silver linings around.

The festival of Gemini – which is also called the Christ’s Festival – is a significant time. It is believed in esoteric philosophy that the blessing that the Christ received from the Buddha at the time of the last Full Moon (where the Sun was in Taurus) is distributed to the waiting Earth, affecting all kingdoms, including the Human. This is done at the time of the Full Moon whilst the Sun is in Gemini, taking advantage of many factors as will be discussed below.

Though many would consider the use of the word Christ as relating to Christian, it represents more a term of consciousness, one that includes and fuses the Higher part of ourselves that we are trying to align with – the Soul. Christ consciousness is Soul consciousness – the highest Love we can express.

Our Solar system is said to be a Ray 2 manifestation. Ray 2 is the embodiment of Love and Wisdom, the very thing that we are all trying to understand and manifest in our lives. A lack of either of these 2 qualities, shows a lack of rhythm with the natural environment. You can be wise and have an amazingly developed intellect, yet not show or express true love. Likewise, you can be blindly loving and open your heart to anyone – yet without the wisdom to wisely discriminate, you can deplete your forces through lack of wisdom as to where Love is best expressed.

Gemini, exhibiting this Ray 2 energy, expresses duality throughout. The symbol of Gemini is the twins (Castor and Pollux in the sky), with one growing stronger (the Soul) and one waning in light and strength (the personality or lower self). As we grow in love and wisdom, we grow closer to our Soul and the lower part of ourselves (which eventually dies off) becomes a vehicle for the higher energies and direction of the Soul.

The glyph for Gemini ♊ – with the two pillars – again shows this understanding. The two parts of our nature are seen, opposite each other. Within these two pillars, we flit from side to side, like the old Atari game of tennis, bouncing back and forth. This is actually a necessary part of evolution, as we come to understand the dual nature of our living.

One of the most exciting parts for me with this glyph, is the fact that the two pillars are joined on the bottom and the top, forming a solid synchronised union. This shows the absolute potential of Gemini when we are evolved. We have the solid base (physical), the two pillars on either side (showing that we all have a Higher part of our nature) and the space between. This space between is vast, showing the astral or emotional plane. Once this plane is known and understood and we are no longer drawn into its world (the solar plexus), we can then use it for the enthusing of mental concepts, located at the top of the glyph where the two pillars are joined.

This image ties in perfectly with the Higher Mantra for Gemini – ‘I recognise my other self and in the waning of that self, I grow and glow’. This is the Soul recognising its lower self, not us, the personality seeing our Higher self. A big distinction. The Soul, in recognising its lower self and in the waning or dissipating of that lower self, grows and glows in influence. From there, it has control of its personality, the part of its itself that incarnated, and it can express itself through union of both sides, just as the glyph represents.

When stuck in the personality, Gemini expresses quite differently. They do have the reputation for being flighty, for changing their minds often and without notice and for being two-faced or two-sided. Here we see the lower mantra for Gemini at work: ‘Let instability do its work’. Caught in the middle of the two pillars and seeking to express duality to know that we have two sides of our nature (until we learn there is a third), the Gemini influence bounces from idea to idea, not settling on any. Donald Trump (Gemini Sun) is a perfect example of this.

Using Gemini as an example, we can now change gears and talk about Sagittarius (another dual sign and the opposite of Gemini) and why it is important at this time. The Earth (and the Moon), seen from the Sun, will be in the sign of Sagittarius at the time of the Full Moon. The Earth is Sagittarius’s Soul or Esoteric ruler, meaning we have Soul consciousness, or Christ consciousness, at its highest peak at this time. Is it any wonder that the Christ – the embodiment of Soul consciousness – would maximise the distribution of the blessing from the Buddha during the time of The Full Moon whilst the Sun is in Gemini?

In the book, Esoteric Astrology (page 356) the Tibetan Master quotes from the old commentary:  ‘When the dual forces of the cosmic brothers (Gemini) become the energy of the one who rides toward the light (Sagittarius) then the fourth (Human kingdom) becomes the fifth (the Soul realm). Humanity, the link, becomes the Hierarchy, the bestower of all good. Then all the Sons of God rejoice’.

Adding to the current energies, we also have Transiting Venus in Gemini. Every 8 years it retrogrades in Gemini (cycles), spending between 3 and 4 months in this sign. Venus itself is the Soul ruler of Gemini, so to have it placed here (even though it is retrograding) is extremely powerful.

We also have a lunar eclipse for this full moon, heightening the impact and bringing the moon into the shadow of the earth. This could well be symbolic. It will be further accentuated with the next new moon where there will be a Solar eclipse. Shadow side indeed.

The Sun in Gemini is also moving into a square with Neptune in Pisces, which will go direct on the 11th of June AEST. It will be further expanded as Mars will be conjunct Pisces at the time. Expect a culmination of a battle of ideas and religious views, versus the incoming Soul based mental concepts coming from Gemini the communicator. We will be challenged with the question of what we identify with (the Sun).

There is also the retrograding Pluto, Saturn and Jupiter, coming together in conjunction in Capricorn to continue the work started from January to April. Once Saturn enters back into Capricorn, there will be pressure coming again from authority figures. Remember though, our only true authority to answer to is our own Soul, from there and living only from there, nothing else can affect you.

Gemini is the messenger. We have a moment in time to attune to the higher message that will be broadcast forth from the realm of Souls. Let’s do our best to incorporate the Love and Wisdom available to us and actively express it in our lives at every moment.

Stephen is an Esotoric Astrologer and has a keen interest in the Esoteric line through the Alice Bailey books. Stephen offers astrological readings - - contact him via his Facebook page.
Previous World Invocation Day June 2020
Next The Golden Rule Video