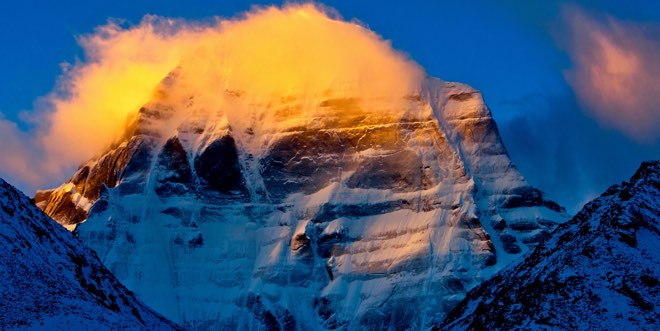 The Global Silent Minute as a Spiritual Weapon

The Global Silent Minute was inspired by the Big Ben Silent Minute introduced in the Second World War by Wellesley Tudor Pole (WTP) as a “spiritual weapon” to harness the power of Silence in selfless service to be used for the benefit of all.

The DNA for the Silent Minute was forged on a battlefield outside Jerusalem in the First World War between two soldiers, when one, who knew he was not going to survive the war and could see a greater war coming, urged his comrade, to find a way to allow him, and the millions like him, on the other side of the veil – to assist in the fight for global cooperation, peace and freedom. He died on the battlefield the next day. It took 23 years for WTP to introduce the Silent Minute to harness the power of silence both sides of the veil.  This simple daily act has been acknowledged as making a significant contribution to ending the war.

In the years of mobilising support for the Silent Minute, WTP asked: “How long will it take for our Leaders to realise that the full use of spiritual weapons is essential if we are to survive, and that material weapons alone will bring either disaster or stalemate?”[i]

So how might we serve to harness the full use of Global Silent Minute as a spiritual weapon in this moment?

Participate in a Global Silent Minute as a daily practice at 9:00pm GMT to anchor this global rhythm as we collectively pause together in service, as a gateway for cooperation across the veil and around the globe.

2. Recalibrate our understanding of Creative Manifestation:

Participate in recalibrating Humanity’s understanding of the need for equilibrium between the invisible and visible forces. Currently, the scales are tipped and, indeed, out of balance, as we have attempted to divide the indivisible and privilege the material visibility, separate from its invisible origin. In the process of creative manifestation, we need to acknowledge the significance of the whole process of creation, not just the result or outcome. We do not expect a bird to fly with only one wing.

In the Agni Yoga Teachings, we are urged to remember the time of silence.[ii] It is also said that:

….many decisive moments pass in silence. First may come a storm, with lightning and thunder, but the foundation is silence. When We suggest unification in silence, then somewhere something significant is taking place. Such concentrated silence gathers a special energy, which potentially is more powerful than even the loudest words. Very few understand silence as action. Our entire Abode sometimes merges into profound silence when something of great importance is taking place.[iii]

Just as the entire Hierarchy constellates in Silence when something significant is taking place, and as this action of communion gathers a special energy, so too do we hear and answer the call in our hearts to enter the Silence of the One Heart.

It has been said that our individual hearts are on loan to us for the purpose of communion within the One heart. It is a beautiful idea and an even more glorious reality to recognize our connection through the heart with all that is.

As we focus our collective intention through the power of Silence as Action … we do so consciously through the heart, understanding its process.

I.         Silence as action restores to the chalice of the heart remembrance of our eternal Self – both sides of the veil.

II.         Silence as action resurrects to the chalice of the heart the living reality of active cooperation between the worlds – both sides of the veil.

III.         Silence as action embraces connection this side of the veil beyond the forms of apparent separation of language, geography, gender, colour and creed.

IV.         Silence as action gathers and holds a special energy, a creative tension as we pause to enter into it – to breath in it.

V.         Silence as action draws on communion with the higher realms to synchronize the individual heart-beat with the beat of the One Heart and, “like an electric generator, beats out the rhythm of the Universe”[iv].

VI.         Silence as action immersed in heart communion serves through magnetisation and radiation. Beyond “walking our talk”, if we step into our true holistic identity, our sound (and values) radiate wordlessly in Silence before we open our mouths.

VII.         Silence as action operates primarily in the powerful realm of thought. “The law is that two concordant thoughts increase the power seven times”[v]. As we participate in a daily rhythm of simultaneous concordance in time, we amplify the impact of Silence as action exponentially.

We honour Silence as action, as Humanity awakens to the profound simplicity and the nuanced subtleties of Silence as the language of the one Heart, the great unifier that facilitates the unification of the worlds.  Within the wordless language of the one Heart we feel the Fire of the Heart – with its striving for communion, collaboration and cooperation between the invisible and visible worlds.

Within the Silence of the Heart, it is the resounding Fire of the Love that kindles and fuels our intrinsic creativity on all levels as we, Humanity-in-incarnation in this New Era, use the spiritual weapon of Silence to co-create our evolutionary destiny for the benefit of all Life.

Sydney Goodwill works to enhance all serving souls to develop their service, and to distribute the Ageless Wisdom teachings to all who are searching.
Previous Cancer Sun Capricorn Full Moon 2020
Next Changing of the Gods – Official Trailer 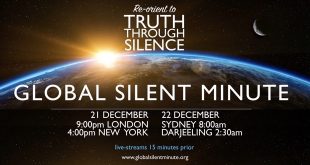 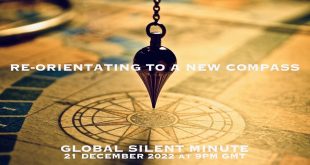 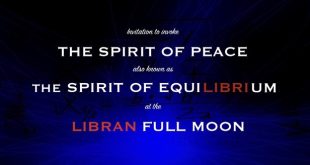 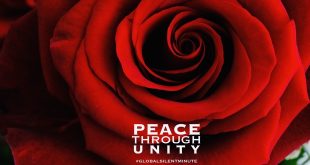