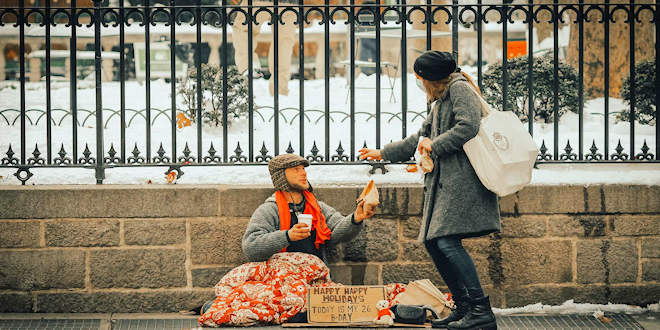 Behind the surface events, and the headlines they inspire, we might sense a new human identity arising: one that transcends class, race, gender and national boundaries, and is centred in our shared humanity. This is illustrated in a joyful and engaging way in the initiative, “Bicycles For Humanity” which began with just one young man who had an idea that touched hearts so magnetically that it soon gathered support and still continues to grow. It is described on their website as “a completely volunteer run, grass roots, registered charity organisation focused on the alleviation of poverty through sustainable transport in the form of a bicycle.” See: https://b4hmelbourne.org.au/

This is one of millions of initiatives, by extraordinary “ordinary” people, that are beginning to flower all around the globe. These may rarely reach the headlines, but they are part of the steadily rising tide of a new civilisation that is taking form joyfully and patiently through the hearts that reflect a new human consciousness of itself and of the world in which it serves as an integral part. They are founded on a new vision and a new way of perceiving both our world and the structures of human relationship that support and nurture it. We are told that:

Creativeness is the basis of evolution. With what then is it possible to strengthen the acts of creative power? Only with cheerfulness. Joy is a special wisdom. Cheerfulness is a special technique. This enhancement of vigor arises out of a conscious realization of the creativeness of elements. Truly, creative patience and cheerfulness are the two wings of the worker.” New Era Community 163.

…our view of the world is expanding, becoming more inclusive

While we may be appalled by the destructive impact of an old worldview in which almost everything can be sacrificed to extend individual or national power, many are realising that this will no longer serve the world that sustains us. It is becoming manifestly clear that what is done to any one part affects the whole – including those responsible for the doing. In this way, our view of the world is expanding, becoming more inclusive, and opening us up to a sense of the Wholeness of Life. And this is what is inspiring the increasing number of humanitarian projects springing up around the world like fresh shoots drawn upwards by the warmth and light of the sun.

Our perception directs our creative force.

Our perception directs our creative force. It has creative power, and different perceptions manifest different forms of reality. We might imagine how the Coming One will be perceived depending on how each perceives the world. When Christ first appeared two thousand years ago, He was seen in different ways according to the worldview and expectations of each who experienced His Presence. It is as though that Presence drew forth whatever impression was most meaningful to each according to how they saw the world in which they lived.

We see what we expect to see. This can be limited by past experience or expanded into what may be new and revelatory. Thus, the way we see the world is how it is for us, and we respond accordingly. As human history unfolds and human consciousness evolves according to the pace of each, we find that different and even conflicting worldviews arise. And as different view collide, they may even manifest in open warfare.

So we find that, in any moment in time, the same spark of spirit, the planetary lifeforce, may be at various stages of unfoldment into expression in each of us, thus generating the potential for conflict but eventually leading to harmony as the realisation of our oneness unfolds in a slow dawning throughout human consciousness.

we help each other realise our potential to create a new and better world based on soul being.

Can we imagine the effect on the world when we come to share the same expanded and whole view of it? There are many messengers announcing this new reality. Through their initiatives, they are demonstrating how to navigate these chaotic times of transition. They are shining the light that will help us see through the illusions, misinformation, false spin and limiting slogans to what is real, and of constructive service to the whole. The new leaders are everywhere and, for those who have eyes to see, are radiating the light of the soul which recognises itself in all others – no matter how dim seen. Bicycles for Humanity demonstrates just one of the millions of ways in which the inner potential in ourselves and in others is being brought into the light. They are all based on the reciprocal process wherein we help each other realise our potential to create a new and better world based on soul being. The Tibetan Master explained:

…the expression of the creative faculty is radiation and magnetism. These bring to its possessor the material for creation and a magnetic capacity which arranges in due form and beauty that which radiation has evoked. Creativity is a consequence of a particular state of mind and a specific state of being; it signifies a point in evolution wherein the disciple is definitely radioactive. He can no more help creating in some form or another than he can help living.” Discipleship in the New Age II, page 539

Attuned to the creative purpose of the planet we can serve to bring a new civilisation into being that reflects the true oneness of the life we share.

As integral parts of our living planet, which is constantly creating and growing, we participate in its creative process. We share its power and responsibility but if we forget our creative origins, we can be swept along by the forces wielded by others. Attuned to the creative purpose of the planet we can serve to bring a new civilisation into being that reflects the true oneness of the life we share. The Agni Yoga teachings remind us to look through the surface to the true origins of the creative impulse to see clearly and create truly.

…A creative spark is contained in the process of an event, but not in its effects. Occupied with effects, humanity is like a blind man who can sense the thunder only. It is possible to set forth a distinction between those who judge by events and those who judge by effects.
Speak to your friends, that they should learn to observe the real according to the outbreak of the events. Otherwise they remain readers of a newspaper edited by a knave.
Strain the consciousness to grasp the starting point of events, if you wish to be associated with the evolution of the world….” New Era Community 77.

As conscious creators, we become embodiments of the creative force of the planet.

That creative spark expresses through us. It is the creative power of the great Life that animates our world and all within it. As conscious creators, we become embodiments of the creative force of the planet. This is our destined role and responsibility – and its realization is increasingly critical.
If you knew yourself for even one moment, if you could just glimpse your most beautiful face, maybe you wouldn’t slumber so deeply in that house of clay. Why not move into your house of joy and shine into every crevice! For you are the secret Treasure-bearer, and always have been. ~ Rumi

Hi, I'm one of a group of authors and editors for the Sydney Goodwill website.
Previous Bikes for Africa – documentary
Next GLOBAL SILENT MINUTE supports WORLD UNITY WEEK