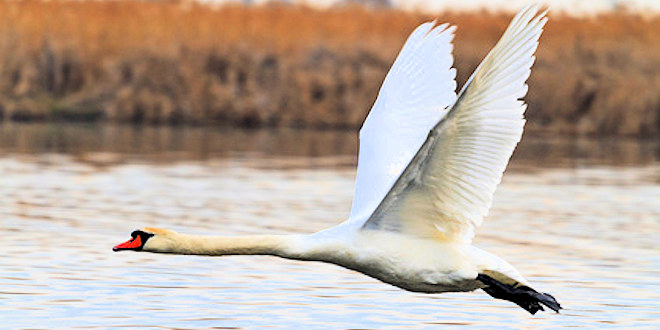 Two Wings to Fly – Not One

Anticipation prepares us for that which is unfolding but is not actual until lived into being through us.

Many may remember when, as children, we looked forward with excitement to a special event such as Christmas Day – anticipating its joys, surprises and the gifts that might magically appear! Then there comes the point when we shift from anticipation of a future event and into the living experience of the present moment. Until that moment things can be illusory, variable and preparatory – we can change them in our imagination – but the reality is something quite different. It is no longer in the realms of imagining but vibrationally present through every atom of our being. Anticipation prepares us for that which is unfolding but is not actual until lived into being through us. This “preparatory sensitivity” is both the magnetic seed that draws us into the future and also that which expands our sensitivity to apprehend what was previously hidden behind the veils of time and space. No matter where we are in the great chain of being this preparatory sensitivity is a mighty dynamic drawing all on into expanding sensitivity, greater realisation and coherent integration within a greater life. The Tibetan Master explains to disciples:

Revelation is a progressive matter. Disciples are not really able to understand the extensive significances of the third initiation, for instance; in like manner, even high initiates fail to comprehend that which lies plainly before Them. Disciples can, however, dimly sense the nature of the Transfiguration which characterises them, from the hierarchical point of view, and Masters can also dimly sense the nature of the decision with which They are faced. It is this preparatory sensitivity in the disciple which produces true perception at all the various initiatory stages. This is a statement of major importance and links sensitivity, its interpretation and control, with the everyday life of the ordinary disciple. The Rays and the Initiations, page 723

We have anticipated a new age, a great new era and civilisation, but the actual birthing of it is painful and challenging

Anticipation prepares us for the coming realisation but it is not the same. While we observe the breakdown of much in the world, we are also living into being a whole new world and the process may be very different to what we may have imagined. The forms we have created in the world reveal their shortcomings in the light of a new human consciousness – and as they do so they gradually crumble. The very disasters which ensue, whether driven by economics, conflict or climate, also draw further into expression the human heart, the central force of the coming new world. As this expanding human heart brings its new light into the world it reveals the heart and soul in all – that subtle and enduring presence that ensouls and animates the temporary forms of cyclic expression. We have anticipated a new age, a great new era and civilisation, but the actual birthing of it is painful and challenging as we detach from the familiar foundation on which we have stood until now. Our preparatory sensitivity to that which is coming can be the guide that keeps us on course and a step ahead of the widening chasm into which the creations of the old world are gradually subsiding. By extending our sensitive awareness into a new, more subtle reality we will live it into full expression through us. The Tibetan Master explains:

What must be grasped is that all that IS is ever present. What we are concerned with is the constant awakening to that which eternally IS, and to what is ever present in the environment but of which the subject is unaware, owing to short-sightedness. The aim must be to overcome the undue concentration upon the foreground of daily life which characterises most people, the intense preoccupation with the interior states or moods of the lower self which characterises the spiritually minded people and the aspirants, and the imperviousness or lack of sensitivity which characterises the mass of men. The Kingdom of God is present on Earth today and forever has been, but only a few, relatively speaking, are aware of its signs and manifestations. The world of subtle phenomena (called formless, because unlike the physical phenomena with which we are so familiar) is ever with us and can be seen and contacted and proved as a field for experiment and experience and activity if the mechanism of perception is developed as it surely can be. The sounds and sights of the heavenly world (as the mystics call it) are as clearly perceived by the higher initiate as are the sights and sounds of the physical plane as you contact it in your daily round of duties. The world of energies, with its streams of directed force and its centres of concentrated light is likewise present, and the eye of the see-er can see it, just as the eye of the mental clairvoyant can see the geometrical pattern which thoughts assume upon the mental plane, or as the lower psychic can contact the glamours, the illusions and delusions of the astral world. The subjective realm is vitally more real than is the objective, once it is entered and known. It is simply … a question of the acceptance, first of all, of its existence, the development of a mechanism of contact, the cultivation of the ability to use this mechanism at will, and then inspired interpretation.” Telepathy and the Etheric Vehicle, page 53

The whole of Life in all its dimensions is hidden in plain sight. We have but to nurture and extend our sensitivity in order to perceive it and to continually venture forth out of the relative darkness of each stage of revelation and understanding. Truth is the central certainty and the balance point around which all is magnetically held in line with its purpose – but a truth far greater than any of our interpretations and preferences behind which our personal desires might hide in false security.

Human discernment and the choosing of what will enable our world to flourish anew will open the way into the new era of the Soul as it reflects through the human heart.

The new is so different – how do we recognise it and avoid putting “new wine into old bottles”? More significantly, how do we experience it? As we live through these times of transition we are called to be more subtly discerning. This discernment is critical for the world – it is beyond personal. Human discernment and the choosing of what will enable our world to flourish anew will open the way into the new era of the Soul as it reflects through the human heart. The magical thing is that as we see through the veils of rationalisation, habit and old thought-forms based on scarcity and fear, we begin to see them as the illusions they are and, in so doing, we also begin to realise they are not who we are. We are something finer and more subtle that observes through and behind the forms we inhabit.

Our beautiful, natural world has enough abundance to meet every real need. The fear that separates us from this realisation is based on the false idea that we are the form appearance we inhabit, subject to its cyclic growth, decay and death. In reality we (our real selves) are subject to eternal transition into finer states of being and unbreakable continuity. In many ways we have become conditioned to thinking that the material world is the most critical and meaningful one and yet we live increasingly through our subtle thoughts and feelings which exist in those finer dimensions where subtler inspirational ideas and energy currents bathe and nurture our sensitive perception with their refining substance. In these realms the cohering and pervasive energy in which we are constantly immersed is that of a love beyond all human imagining – although our imagination is beginning to open up the way into those dimensions of being where it abides and rules.

Within the constraints of time and space we have come to a point of balance between two civilisations. The passing one is based on identifying with the surface form appearance, the resultant sense of separation of every individual, the fear of loss and death of the forms with which they are identified and which drives the competitive acquisitiveness and the aggrandisement of material appearances. The new civilisation is emerging through the inevitable breakdown of the old as it reaches its limits. This new one is very different, based on the antithesis of all that drives the old order. In the coming civilisation human beings identify with the ensouling entity behind all forms, with the enduring spark that animates an outer material appearance for a cycle of experience. They will live knowing the continuity of that living spark, the soul, and its eternal relationship with the source of all that enlivens, with the love that radiates constantly from the core of our planetary life and the mighty Heart at the centre of our solar system. And under this inspiration we will learn the significance of real, constant and boundless life-sharing.

There is no separation when, as points of light, we sparkle in a sea of light and are bathed and nurtured in the waves of love and sustaining power that surge through all. In breaking through our sensory barriers we dissolve separation, and fear no longer exists. Here is where we build the new civilisation! As it is so different to what is passing, “fixing” the modes and structures of the old can be temporary at best while we transition in realisation. What is bringing new light is the motivating impulse behind any fix we might attempt. The New World is dawning and illuminating the vast horizon of the human heart which is igniting so many human initiatives to address real need and resolve real concerns.

Humanity is now the undisputed ruler of the material realm. For those who realise the full responsibility of this, the heart opens to cooperative interaction with all that is. Waves of loving understanding and caring response are beginning to move through the human sea and wash against the rocks and shoals of entrenched old thinking, personalised values and separated identity. These heart-currents are gaining strength and reach as they bring light and hope through the deep channels of human thought about itself and its world. It is already finding living expression in the boundless ocean of social media and grassroots ingenuity.

We are standing now at a point of balance between a world of opposites and a world of oneness and harmonious relationship within the Soul.

We are moving beyond the point of balance between polar opposites such as have/have not, wealthy/poor, conservative/radical, good/bad. We are standing now at a point of balance between a world of opposites and a world of oneness and harmonious relationship within the Soul. Standing at this point do we allow the habitual patterns of the old to draw us back down with it – or do we move forward and further into realisation of the One Life in which we live and move and have our being?
God turns you from one feeling to another and teaches you by means of opposites, so that you will have two wings to fly – not one.                     ~ Rumi
Share

Hi, I'm one of a group of authors and editors for the Sydney Goodwill website.
Previous Mandala Messages ~ Buddhism
Next Wisdom Bites – Soul Identity