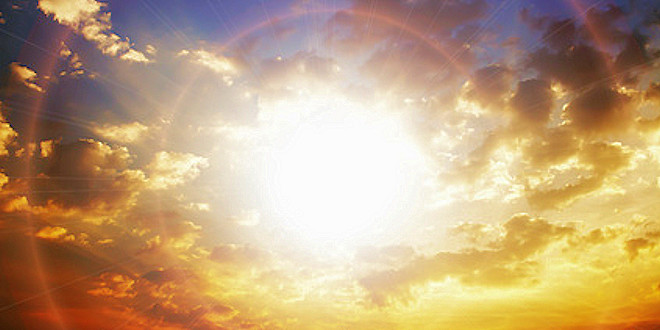 The Underlying Synthesis of the Cosmos

A new way is opening up wherever the Soul is heard

The holiday season here in Sydney has passed leaving lingering memories of restful days in the summer heat. For some it seems to have passed all too quickly as our sense of time seems to speed up. This “quickening” of time grows out of our expanding awareness – of the wider world beyond the immediately personal and of effects, through which we are now living, from causes reverberating down through time. Climate change and other results of past abuses are bringing a harvest of responsibility to be milled into the needed solutions through the power of a new understanding. Our long human experience in the world is drawing us eventually into the intuitive awareness of the heart. From that more transcendent view we can begin to transform our civilisation into a new expression of the heart and soul of the human kingdom. A new way is opening up wherever the Soul is heard – as the poet, Rumi, reminds:

There is a way between voice and presence
where information flows.
In disciplined silence it opens.
With wandering talk it closes.”

…we are, at heart, part of a great sentience expressing beauty through a myriad of forms

In this new subtle sensitivity we are becoming more sensitive to the rhythm of our planetary life. We may not initiate its mighty pulse but we can facilitate the distributary flow it generates – the divine circulatory flow. As the yearly cycle turns we are reminded of the cycles of life manifesting through so many endings and new beginnings. This is deeply underscored as we experience the devastation and pain of floods, fires, storms and those extreme events wherein familiar life experiences end and new ones begin. And, throughout all, the One life breathes through its cyclic expressions – beginnings, endings and the interludes between – rhythmically pulling us through into the expanded realisation that we are, at heart, part of a great sentience expressing beauty through a myriad of forms and relationships, and thereby breathing love throughout the world.

And so the rhythm of the year unfolds, reinvigorated and clarified from the holiday interlude. From a larger perspective, the Tibetan Master points out the significance of those interludes that sustain our service and the rhythmic life of our world.

In all breathing exercises, there are, as you know, the processes of inhalation and of exhalation, with two points intermediate between these two—that of the interludes… you can arrive at a real understanding of the Law of Cycles—in your own life, in the life of any related group, and in the life of humanity itself. They are also closely related… to the rhythm of breathing. It might be regarded in the following way…:
1. Inhalation……….. Focus…………………….. Life centralisation.
2. Interlude……….. Point of Tension……….. Initiation of causes.
3. Exhalation………. Crisis……………………… Production of effects.
4. Interlude……….. Recognition…………….. Prelude to refocussing.

These phases of activity—both positive and negative—can be applied in all aspects of life and in all activities. ….I would enjoin upon you the need to establish this rhythmic, cyclic “breath of consciousness.” …the interludes…are…the growing times; they are essentially the “epochs for storage”…and they are …those interludes in the initiate’s life of service wherein he withdraws all his forces into a “well of silence”—a well, full of the water of life. In this state of consciousness two definite activities transpire: Tension and Recognition… As he inhales the life of the Hierarchy, and increasingly that of the Monad…and as he exhales the living essence into the “world of serving lives,” he becomes steadily more and more dependent upon the “interludes” wherein both these phases of activity cease and he becomes immersed in Being and in Consciousness—the intrinsic parts of the animating Whole. …the points of interlude are not related to form life at all, but to the life of Life itself.” Discipleship in the New Age II, page 451-3

We are part of a mighty universe which is intimately living and breathing through us.

Our planetary Being is a great living, breathing Presence and all living things partake of Its Life. Its sentience radiates through the living pulse of each and every one of the “serving lives” that make up Its body of expression. Minerals know their affinity or right relationship with each other and with the other kingdoms, their crystals store the reflected chemistry of all around. Plants make their way heavenwards to the Sun, photosynthesising it into their own substance; they are the lungs of the planet breathing air and providing nourishment for the other kingdoms. The sentiency of the animal kingdom is nearest our own – we might marvel at how a little bird manages the complexity of building its nest, or how our domestic animals give that unconditional love which flows through heart-attunement. We are part of a mighty universe which is intimately living and breathing through us.

… little understood is the Laboratory of the Universe. The great Inhaling and Exhaling of the Cosmos must be applied to all manifestations. In fact, hardly pondered over is the exchange of forces being projected and returned into the treasury of the Cosmos. Thus, the role of humanity does not consist in borrowing only; there must be included a process of returning the forces with which it has been saturated during communion with the Fire of space. Thus, taking this communion as the Truth, it is possible to reveal why, in fact, there is such a difference between the giving and the returning. The extent of this difference is just the measure of that which on the Cosmic Scales represents the Karma of humanity…” Fiery World III, 268.

Everything around us sings with life.

Everything around us sings with life. We may think we control our lives and surroundings – in fact we are subject to the great laws of the Universe that hold all within the cosmic rhythm of Life as it sounds through us. We know that sound is vibration – a rhythmic wave or pulse rate. Its rhythm is the breath of the Mother of the World as she sings creation into being through her very substance.

The cosmic Breath of the Mother of the World is all-pervading. Verily, all is imbued with it. From infinitesimal grains of dust to immeasurable magnitudes, life moves and breathes by this Breath. How then not to cognize the power which moves the Universe! How not to ponder upon the essence of Being! Fathom the rhythm of cosmic energy and understand the rhythm of evolution. The essence of evolution is unalterable and is measured by the manifestation of Infinity…” Infinity I 10.

…harmony and balance emerge through the cyclic expression created by the song of the Mother of the World.

Her song resounds into a myriad of harmonic resonances as it reverberates throughout creation. It inspires the Law of Cycles, a great wave uniting the Mother of the World and Father Spirit as One in essence, for we are told that “matter is spirit at its lowest point of manifestation and spirit is matter at its highest.” The vibratory sound of that Oneness breathes Spirit and Matter, Being and Movement, Sentiency and Expression. And thus harmony and balance emerge through the cyclic expression created by the song of the Mother of the World. Alice Bailey wrote that:

It has been said that a complete understanding of the Law of Cycles would bring man to a high degree of [enlightenment]. This Law of Periodicity underlies all the processes of nature and its study would lead a man out of the world of objective effects into that of subjective causes. It has also been said that time itself is simply a succession of states of consciousness and this is true of an atom, a man or a God.” Light of the Soul, page 362

…expressing the underlying synthesis of Life.

What appears to separate in time and space is ultimately uniting and expressing the underlying synthesis of Life. The greater cycles are the unifying forces. They are our common experience. Even the daily alternation between day and night is shared by all and reflects into common patterns of daily activity.

How simply people accept the immutability of the rhythm of day and night! Why do we not apply this same conception toward the foundation of our human cycle? Macrocosm and microcosm reflect one and the same manifestation. Why, then, do people try to convince themselves of an eternal night, when they await so simply the coming day? Let us accept the currents of unceasing motion. The realization of our adaptability will be affirmed as wisely as the pulsation of the Cosmos. …You must accept the true life of the Cosmos for the full contemplation of Infinity.
You accept simply the rotation of the seasons of the year and await the fruit of the rhythm of nature. You prospect ore-beds; you build dams for electricity. Turn instead to the buried treasure of the invisible spheres, and direct yourselves toward a creation manifested beyond the limits of your comprehension. …Therefore, perceive and enter into the rhythm of Infinity.
And where will be the night? Where you seem to perceive its hush the hymns to the Mother of the World begin. Neither day nor night—only Her Radiance!” Infinity I 13

The morning will surely come, the darkness will vanish,
and thy voice pour down in golden streams breaking through the sky.
Then thy words will take wing in songs from every one of my birds’ nests,
and thy melodies will break forth in flowers in all my forest groves.
~ from Patience by Rabindranath Tagore

Hi, I'm one of a group of authors and editors for the Sydney Goodwill website.
Previous Mandala Messages ~ Spiritus
Next Journey of a Lifetime: A Group Story – The Star Sirius & Rules for the Skyroad