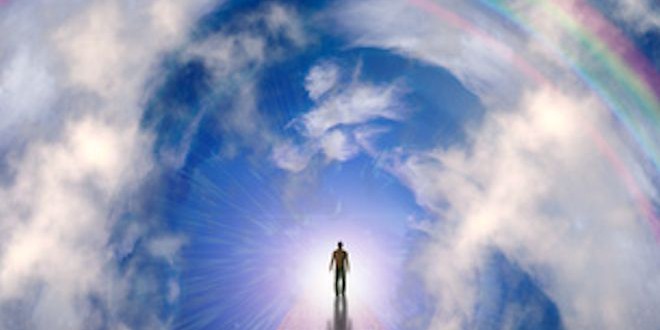 What is the soul?

Many begin their conscious search for meaning with something like this question. It may not even register in words and yet hover with increasing presence – even pressure – behind the usual layers of thought and attention. At some point it begins to influence the way we interact with the world and we start to discard or turn away from anything that does not sit comfortably with it. We might seek finer things and become more deeply sensitive to the “hidden” motives and currents of thought of those with whom we interact. We might sense the subtle forces operating behind the surface of public media presentations. This deeper sensitivity can lead to questioning of the very fabric of the generally accepted world view and of the priorities and values from which it is constructed. The search for meaning becomes the driving force behind all we think, feel and know.

In A Treatise on White Magic the writer introduces a section which addresses this question:

…there are many people who have experienced at sometime or another an illumination, an unfoldment, an uplifting, and a beatitude which has convinced them that there is a state of consciousness so far removed from that normally experienced as to bring them into a new state of being and a new level of awareness. It is something felt and experienced, and involves that psychic expansion which the mystic has registered down the ages, and which St. Paul referred to when he spoke of being ‘caught up to the third Heaven,’ and of hearing things there which it is not lawful for man to utter.” [page 34]

The section goes on to define the soul from various perspectives with a whole-view:

1. The soul, macrocosmic and microcosmic, universal and human, is that entity which is brought into being when the spirit aspect and the matter aspect are related to each other.
a. The soul therefore is neither spirit nor matter but is the relation between them.
b. The soul is the mediator between this duality; it is the middle principle, the link between God and His form.
c. Therefore the soul is another name for the Christ principle, whether in nature or in man.

2. The soul is the attractive force of the created universe and (when functioning) holds all forms together so that the life of God may manifest or express itself through them.
a. Therefore the soul is the form-building aspect, and is that attractive factor in every form in the universe, in the planet, in the kingdoms of nature and in man (who sums up in himself all the aspects) which brings the form into being, which enables it to develop and grow so as to house more adequately the indwelling life, and which drives all God’s creatures forward along the path of evolution, through one kingdom after another, towards an eventual goal and a glorious consummation.
b. The soul is the force of evolution itself and this was in the mind of St. Paul when he spoke of the “Christ in you, the hope of glory.”

3. This soul manifests differently in the various kingdoms of nature, but its function is ever the same, whether we are dealing with an atom of substance and its power to preserve its identity and form, and carry forward its activity along its own lines, or whether we deal with a form in one of the three kingdoms of nature, held coherently together, demonstrating characteristics, pursuing its own instinctual life and working as a whole towards something higher and better.
a. Therefore the soul is that which gives distinctive characteristics and differing form manifestations.
b. The soul plays upon matter, forcing it to assume certain shapes, to respond to certain vibrations and to build those specified phenomenal forms which we recognise in the world of the physical plane as mineral, vegetable, animal and human,—and for the initiate certain other forms as well.

4. The qualities, vibrations, colours, and characteristics in all the kingdoms of nature are soul qualities, as are the latent powers in any form seeking expression, and demonstrating potentiality. In their sum total at the close of the evolutionary period, they will reveal what is the nature of the divine life and of the world soul,—that oversoul which is revealing the character of God.

a. Therefore the soul, through these qualities and characteristics, manifests as conscious response to matter, for the qualities are brought into being through the interplay of the pairs of opposites, spirit and matter, and their effect upon each other. This is the basis of consciousness.
b. The soul is the conscious factor in all forms, the source of that awareness which all forms register and of that responsiveness to surrounding group conditions which the forms in every kingdom of nature demonstrate.
c. Therefore the soul might be defined as that significant aspect in every form (made through this union of spirit and matter) which feels, registers awareness, attracts and repels, responds or denies response and keeps all forms in a constant condition of vibratory activity.
d. The soul is the perceiving entity produced through the union of Father-Spirit and Mother-Matter. It is that which in the vegetable world, for instance, produces [Page 37] response to the sun’s rays, and the unfolding of the bud; it is that in the animal kingdom which enables it to love its master, hunt its prey, and follow out its instinctual life; it is that in man which makes him aware of his environment and his group, which enables him to live his life in the three worlds of his normal evolution as the onlooker, the perceiver, the actor. This it is which enables him eventually to discover that this soul in him is dual and that part of him responds to the animal soul and part of him recognises his divine soul. The majority however, at this time will be found to be functioning fully as neither purely animal nor purely divine, but can be regarded as human souls.

5. The soul of the universe is—for the sake of clarity—capable of differentiation or rather (owing to the limitations of the form through which that soul has to function) capable of recognition at differing rates of vibration and stages of development. The soul nature in the universe therefore manifests in certain great states of awareness with many intermediate conditions, of which the major can be enumerated as follows:
a. Consciousness, or that state of awareness in matter itself, due to the fact that Mother-Matter has been fecundated by Father-Spirit and thus life and matter have been brought together. This type of consciousness concerns the atom, molecule and cell of which all forms are constructed. Thus the form of the solar system, of a planet, and of all that is found upon or within a planet is produced.
b. Intelligent sentient consciousness, i.e. that evidenced in the mineral and vegetable kingdoms. It is this which is responsible for the quality, shape, and colouring of the vegetable and mineral forms and for their specific natures.
c. Animal consciousness, the awareness of soul response [Page 38] of all forms in the animal kingdom, producing their distinctions, species and nature.
d. Human consciousness, or self-consciousness, towards which the development of the life, form and awareness in the other three kingdoms has gradually tended. This term concerns the individual consciousness of man; and in the early stages is more animal than divine, owing to the dominance of the animal body with its instincts and tendencies. H.P.B. defines man accurately as an “animal plus a God”. Later it is more strictly human, neither purely animal nor entirely divine, but fluctuating between the two stages, thus making the human kingdom the great battleground between the pairs of opposites, between the urge or pull of spirit and the lure of matter or mother-nature, and between that called the lower self and the spiritual man.
e. Group consciousness, which is the consciousness of the great sum totals, is arrived at by man through the development, first of all, of his individual consciousness, the sum total of the lives of his animal, emotional and mental natures, plus the spark of divinity dwelling within the form which they make. Then comes awareness of his group, as specified for him in that group of disciples, working under some one Master who represents to him the Hierarchy. The Hierarchy might be defined as the sum total of those sons of men who are no longer centered in the individualised self-consciousness, but who have entered into a wider realisation, that of the planetary group life. There are stages in this realisation, mounting all the way from that tiny group recognition of the probationary disciple up to the completed group awareness of the life in Whom all forms have their being, the consciousness of the planetary Logos, that “Spirit before the Throne” Who manifests through the form of a planet, [Page 39] as man manifests through his form in the human kingdom.

The soul therefore may be regarded as the unified sentiency and the relative awareness of that which lies back of the form of a planet and of a solar system. These latter are the sum total of all forms, organic or inorganic, as the materialist differentiates them. The soul, though constituting one great total, is, however, limited in its expression by the nature and quality of the form in which it is found and there are consequently forms which are highly responsive to and expressive of the soul, and others which—owing to their density and the quality of the atoms of which they are composed—are incapable of recognising the higher aspects of the soul or of expressing more than its lower vibration, tone or color.” A Treatise on White Magic by Alice A. Bailey [page 34 to 39]

Full text of A Treatise on White Magic is available online at:
https://www.lucistrust.org/online_books/a_treatise_on_white_magic_obooks

Copies may be purchased through your preferred online bookseller, or at:
https://www.lucistrust.org/store/item/a_treatise_on_white_magic

The Soul –The Quality of Life is a compilation of extracts from the writings of Alice A. Bailey that provide further ideas to ponder. It is available through your preferred online bookseller or at:
https://www.lucistrust.org/store/item/the_soul_the_quality_of_life

Hi, I'm one of a group of authors and editors for the Sydney Goodwill website.
Previous Soul Impulses – Towards a New Humanity
Next The prodigal son returns 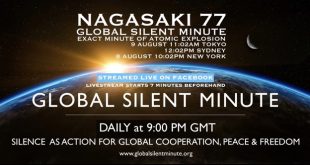 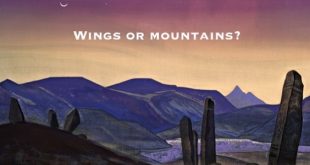 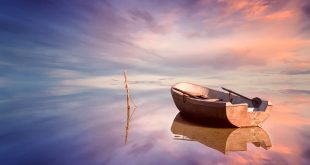 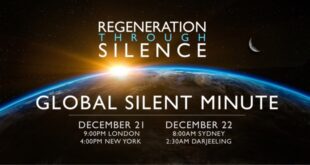