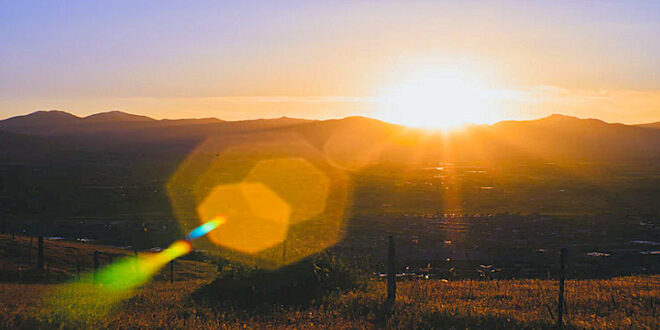 Word of the Soul

Over the past months many have commented on the relative silence into which we have moved under the restrictions to counteract the spread of the virus. This outer silence has found us turning towards our inner resources, to where we may hear the subtle sound of the spiritual world that pervades the outer seeming if we are silent enough to listen and so be uplifted into a more true and beautiful dimension of being. The Tibetan Master foretold of this movement when He wrote:

We are in the process of a great shift out of the noise and friction of current outer world events and into the silent harmony of the spiritual world of our planet where material conflicts and cross-purposes fade away. Many souls are beginning to live this into being in the outer world as they serve those in need and bring clarity to issues in order to resolve them. This inner world is our true home – a home of light where love is the atmosphere that sustains, and where the guiding purpose is the divine intention of our planetary Life, the One in Whom we live and move and have our being.

Poets, visionaries and world teachers down through the ages have told of this realm of the soul, a dimension of life wherein our sense of self expands into a lightness of being beyond the physical boundaries of the outer body. This ‘self’ moves freely in space, drawn by resonance to others of similar “sound” or “note”. There is a seamlessness in this shared life – lived as one yet realised through individual points of expanding perception.

In such a state of awareness outer distinctions of form are seen simply as the varied expressions within the one great family of souls. We are all born into the same planetary home where the Mother of the World guides and teaches through the laws of nature until we grow from unruly children into responsible sons and daughters sharing her burden of care.

Many of the young ones of today are embodying the progress we have made as they lead in taking up responsibility for the whole of our world so that no one is left behind. Youth seem to predominate in the demonstrations rolling around the world like some great global seismic event. Those who participate don’t identify with the current forms of power and distribution of livelihood – they are inspired by a larger vision.

As we learn to see with the eyes of the Soul, much is revealed that previously lurked in shadows

As we learn to see with the eyes of the Soul, much is revealed that previously lurked in shadows behind doors of power and position, guarded by the many faces of fear. And the young ones are calling it out for attention in their own unique generational way as their protests reverberate around the planet. A recent example reported in The New Yorker demonstrated how they use the sound of beauty to override hate:

This week, thousands of K-pop stans—the passionate, Web-literate followers of bands such as BTS, BLACKPINK, Monsta X, GOT7, and others—have been steadily defusing racist hashtags by flooding Twitter with “fancams,” or fan-edited videos of K-pop stars singing, dancing, and serving looks. Fancams are often used to defang or derail an online conversation. Per stan grammar, to post a fancam is to roll one’s eyes; it’s a pointed, efficient way of refusing to engage in unsavory rhetoric while also boosting the presence of something beautiful.” New Yorker
https://www.newyorker.com/culture/cultural-comment/k-pop-fans-defuse-racist-hashtags

It is as though a great sound is rising up and calling us back to our true home as the Word of the Soul begins to vibrate through the human heart and so manifest in the world. The Tibetan Master explained:

The secret of the Law of Vibration is progressively revealed as people learn to sound forth the Word in its three aspects. …ponder on the distinction between the breath and the Sound, between the process of breathing and of creating directed vibratory activity. The one is related to Time and the other to Space and they are distinct from each other; and (as the Old Commentary puts it) ‘the Sound, the final and yet initiating Sound, concerns that which is neither Time nor Space; it lies outside the manifested ALL, the Source of all that is and yet is naught.’ (No thing..)” The Rays and the Initiations, page 54-55

We can so easily become lost inside our own creation, forgetting that it is an effect of the current of our directed sound. It is not who we are. We are not the house we build – we are the light that animates it and radiates through it into the world. The source of our light is the realm of our souls and the more it shines in the world, the more things progress.

Imagine a world where kindness, compassion and harmony prevail

Imagine a world where kindness, compassion and harmony prevail; where the soul in all is seen and heard; where true need, rather than demand, directs the sharing of resources; where outer appearances are eclipsed by the light of the soul within; where opposing forces dissolve into shared realisation of the interconnectedness of everything within the fabric of the Mother of the World; where Those Who guide are the most enlightened – seen for who they are by the light of our souls.

Great beneficent forces are aligned behind all who carry this vision

These are momentous times of unprecedented opportunity. Great beneficent forces are aligned behind all who carry this vision. Together we are more powerful, beautiful, wise and caring than we may have yet realised – but we are on our way, as described in this final affirming paragraph of the two books by Merle Stubbs – The Journey Continues, page 137:

The Sun poured forth its spiritual light and the grouped knowers of Aquarius, thinking ever in terms of response to the light of Life, and of service to the world, realised that the Teacher had never left them. He was known and seen by those who heard his sound. They worked beside him wielding the spiritual energies of the New Time as the Earth moved into the Age of Aquarius, the Server, to bring the soul in all into response and cooperation with the inner plan of the Logos.

And before long everyone will see Him.”

Tags light of our soul word of the soul

Hi, I'm one of a group of authors and editors for the Sydney Goodwill website.
Previous Rumi ~ Where all is music
Next The Journey Continues – Epilogue