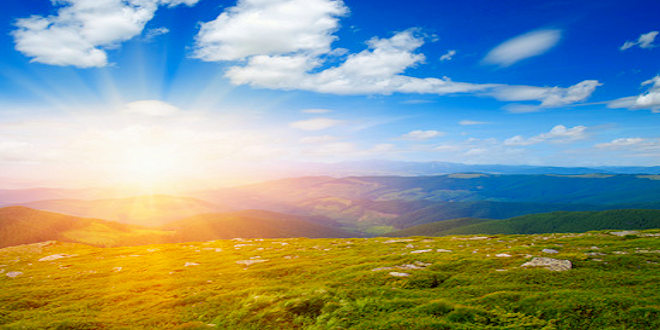 Bursting with the Joy of the Unknown

Constant searching and being open to what is newly emerging in each moment draws the reciprocal response of the Life in Whom we live and move and have our being.

How wise are our children when they ask those incessant questions! Our early childhood is a phase of accelerated learning about the world and then something happens as we move into adulthood. Along the way we begin to take so many things for granted that we may cease to question and to touch the vital stimulation of discovery. It’s as though a flame has flickered low and needs the wick trimmed and fresh fuel to renew its fire. When we trim away acceptances and question things we learn so much more. And in a world, a universe, that is constantly evolving, the answers that satisfied just a week ago may no longer match the unfolding moment’s need. Constant searching and being open to what is newly emerging in each moment draws the reciprocal response of the Life in Whom we live and move and have our being. That Life is also exerting its influence, its request of us. The process of question and answer, invocation and evocation, flows both ways. The Tibetan Master explains:

It must be remembered that the Science of Invocation and Evocation is a reciprocal effort. Humanity could not be invocative were it not that the Spiritual Hierarchy…is evoking the spirit of man. The invocative cry of humanity is evoked by the invocation or Sound of the spiritual hierarchies. Man’s responsibility, however, is to invoke at this time the Lords of Liberation and the Spirit of Peace… Their response to the cry of mankind is largely, but not wholly, dependent upon the quality of that cry.” The Rays and the Initiations, page 76

Questions and answers are not as separate as they may seem but are interconnected in a reciprocal flow within a wholeness as Dr Eben Alexander discovered during his near death experience:

Up there, a question would arise in my mind, and the answer would arise at the same time, like a flower coming up right next to it. It was almost as if, just as no physical particle in the universe is really separate from another, so in the same way there was no such thing as a question without an accompanying answer. These answers were not simple ‘yes’ or ‘no’ fare, either. They were vast conceptual edifices, staggering structures of living thought, as intricate as cities. Ideas so vast they would have taken me lifetimes to find my way around if I had been confined to earthly thought. But I wasn’t. I had sloughed off that earthly style of thought like a butterfly breaking from a chrysalis.” From Proof of Heaven by Dr Eben Alexander

…the Blue Brain Project demonstrates that the brain operates on many dimensions, not just the 3 dimensions that we are accustomed to.

Similar thought processes are being discovered by ground-breaking, scientific study of the brain’s function:
“Using mathematics in a novel way in neuroscience, the Blue Brain Project demonstrates that the brain operates on many dimensions, not just the 3 dimensions that we are accustomed to. For most people, it is a stretch of the imagination to understand the world in four dimensions but a new study has discovered structures in the brain with up to eleven dimensions – ground-breaking work that is beginning to reveal the brain’s deepest architectural secrets. Using algebraic topology in a way that it has never been used before in neuroscience, a team from the Blue Brain Project has uncovered a universe of multi-dimensional geometrical structures and spaces within the networks of the brain. When the researchers presented the virtual brain tissue with a stimulus, cliques of progressively higher dimensions assembled momentarily to enclose high-dimensional holes that the researchers refer to as cavities. …The progression of activity through the brain resembles a multi-dimensional sandcastle that materializes out of the sand and then disintegrates.”
See: http://neurosciencenews.com/blue-brain-neural-network-6885/

…all this revelatory enquiry is driven by thought, by thinking through to the greatness behind every small thing.

No matter from what angle we approach an enquiry if we look deeply enough we can see through the surface diversity to the essential principles guiding life into expression – unity into diversity. And all this revelatory enquiry is driven by thought, by thinking through to the greatness behind every small thing.

Learn of the power of the spirit.
Its strength is inexhaustible.
A word is but a minute part.
As the whirlwind is but the visible sign of turbulence,
As the snow is but the messenger of the cold,
As the lightning is but the eye of the storm,
So is the word as a grain of dust blown by the impact of a creative thought.
The source of thought shines into the eyes of those who see.
And the chord of tension resounds into the sensitive ear.
And I, too, terrified, was overwhelmed at my nothingness.
But the Creator’s Greatness makes equal the grain of sand and the mountain.
Understanding of the Beginning and of the Eternal fills each heart.
But be ready, and grant it entrance.” Leaves of Morya’s Garden I, 269

Moving through the layer of what is taken for granted we re-enter the clear uncluttered mind of the child and begin to see unblinkered by past acceptances and open to what really IS – as in the fairy tale where it took a little boy to announce that the King had no clothes. While children are yet forming their worldly persona they are still relatively free of its confining distortions and are more purely the soul seeing through its partially built vehicle. Jesus said: “Suffer little children…to come unto me: for of such is the kingdom of heaven.” (Matthew 19:14) and “Except ye…become as little children, ye shall not enter into the kingdom of heaven.” (Matthew 18:3) Unless we see as souls we can so easily take for granted the imprisoning myopia, as the poet, William Wordsworth, described:

Our birth is but a sleep and a forgetting:
The Soul that rises with us, our life’s Star,
Hath had elsewhere its setting,
And cometh from afar:
Not in entire forgetfulness,
And not in utter nakedness,
But trailing clouds of glory do we come
From God, who is our home:
Heaven lies about us in our infancy!
Shades of the prison-house begin to close Upon the growing Boy,
But he beholds the light, and whence it flows,
He sees it in his joy;
The Youth, who daily farther from the east
Must travel, still is Nature’s Priest,
And by the vision splendid
Is on his way attended;
At length the Man perceives it die away,
And fade into the light of common day.”
from Ode on Intimations of Immortality by William Wordsworth

The freshest and most creative thoughts arise out of constant enquiry.

Our lives are built from thoughts – about how we think the world is and who we think we are. In our journey to perfection, experience urges us to keep creating new thoughts, new solutions. They spring up out of the old like green shoots through cracks in crumbling buildings. The freshest and most creative thoughts arise out of constant enquiry.

Love and striving work miracles in life.
We are awakening your energy for new thoughts, which are needed for transmutation,
and for the work of thought in life.
You must find the resources to create a new life.
We send you thoughts—sharpen them without violating Karma” Leaves of Morya’s Garden I, 49

These thought forms impact substance and create a manifestation of some kind.

What is thought – this medium we take so for granted? Observing the process of our thinking we find that something stimulates thought energy, either an inspiration from inner subtle realms or a stimulus from the outer world, and it flows into thought forms. These thought forms impact substance and create a manifestation of some kind. We may find similar thought between several thinkers, each one’s thoughts like vortices whirling in a current of thinking along a particular line.

Streams of joy fill the ocean of the Creator’s Thought.
And you, pouring drops of joy into the human soul, bring offerings to the Creator of the Worlds.
Enlightenment will never end.
Learn by teaching others.
You were not mistaken in expounding joy.
Each tree blooms in joy;
But when shedding its leaves, it grieves not, remembering the coming spring.” Leaves I, 251

Ultimately our thoughts are atoms or small vortices within the flow of divine ideas that create our world – a world still unfolding and evolving through revelation as it registers in human consciousness. Are our thoughts contributing to that mighty Life direction or do they run counter to its current and tumble into chaos whatever lies in their path?

Only those of stony heart will violate the joy of the spirit.
The wings of happiness are granted only to those uplifted in thought.
Unneeded are masses or armies—
One can attain by one single flight of the spirit.
The manifestation of unity vanquishes even armies.” Leaves of Morya’s Garden I, 401

And then we realise: we are not what we may think we are. We are the Thinker, a point of creative light at the heart of an infinitely expanding field of sensitive awareness.

“My head is bursting with the joy of the unknown. My heart is expanding a thousand fold” ~ Rumi
Share

Hi, I'm one of a group of authors and editors for the Sydney Goodwill website.
Previous A Pathway of Light
Next Coral – Lynette Wallworth: Trailer