[Regarding the above video clip, please note that this visual invocation is silent.]

USING THE GREAT INVOCATION II:
INVITES US TO IMMERSE MORE DEEPLY
INTO THE MYSTERIOUS DIMENSIONS OF
FREEDOM FOR HUMANITY

Mantrams are formulated and given to Humanity by the Spiritual Hierarchy on Earth to initiate Humanity’s progressive realisations in its evolutionary journey.

In the infinite chain of Being the Hierarchy on Earth in turn is sustained by the Great White Lodge on Sirius, that Brilliant Star of Sensitivity that transmits among other energies, the principle of freedom.

The principle of freedom is a leavening energy which when experienced as it pulses through our Planetary Logos, and hence through us, penetrates substance in a unique manner so that it touches the heart of every atom, awakening or liberating the Sirian energy that resides at the heart of every atom. It’s this leavening energy of freedom that as it awakens or liberates the Sirian energy within has the effect of unshackling us from outmoded ideas and thoughtforms. It’s this principle of freedom that enables Sanat Kumara to dwell on Earth and yet stand free from all contacts, except with Those Who have trodden the Path of Liberation and now stand free upon the cosmic physical plane.i To be in the world, yet not of the world.

Through Pisces, Uranus, the planet of freedom, anchors Sirian force into our solar system through the planetary Hierarchy and from there to the disciple’s heart.ii

Although impulse by the Lord of Sirius, Humanity alone precipitates new incoming energies from the Lords of Liberation and the Rider on the White Horse, and makes possible Their activity on Earth.

The Lords of Liberation are embodiments of service and are reached by true servers with the appeal to service. They abhor “worship”, the power to adore and the sense of awe (as one of the highest aspects of fear).iii They cannot be moved by prayer, demand and invocation alone. Such demand must have behind it the ideal of newer freedom and a greater liberty for Humanity. Any move by a Lord of Liberation towards Humanity produces a corresponding shift on Humanity’s behalf. Such a shift is only possible if Humanity is ready to raise its ideal of freedom to a higher level of expression.iv

When the Lords of Liberation are reached by this demand, They will then issue forth through the agency of One of Them, Who will unify the energies of all Three, and so produce those conditions which will bring about effective and recognised freedom.v

The Rider on the White Horse is one of Humanity Who has reached a pre-destined goal and Who has remained for ages in the secret place of revelation, waiting until His Hour comes around again.vi

In using its potent, magnetic and invocative power Humanity holds the key to open the door onto the physical plane for the Lords of Liberation and the Rider on the White Horse, with the intention of identifying and anchoring greater dimensions of freedom for Humanity:

Let the Lords of Liberation issue forth
Let Them bring succour to the sons of men
Let the Rider from the Secret Place come forth,
And coming, save.
Come forth, O Mighty One.

Let the souls of men awaken to the Light,
And may they stand with massed intent.
Let the fiat of the Lord go forth:
The end of woe has come!
Come forth, O Mighty One.

The hour of service of the saving force has now arrived.
Let it be spread abroad, O Mighty One.

Let Light and Love and Power and Death
Fulfill the purpose of the Coming One.
The WILL to save is here.
The LOVE to carry forth the work is widely spread abroad.
The ACTIVE AID of all who know the truth is also here.
Come forth, O Mighty One, and blend these three.
Construct a great defending wall.
The rule of evil now must end.vii

The last two lines seem particularly pertinent in this moment as the eyes, ears and heart of the world are focussed on Ukraine with the keynote at the heart of its destiny ‘the will to freedom”.

The Tibetan says that “The thought lying behind the words Construct a great defending wall might be simply expressed in the words: Thus far and no further.

The limit of effectiveness of the evil expression and of the power of the aggressors has been reached if the disciples and wo/men of goodwill actually now play their proper part. Symbolically, they can put up an impregnable wall of spiritual light which will utterly confound the enemy of humanity. It will be a wall of energy – vibrating, protective, and at the same time of such power that it can repulse those who seek to pass in their pursuit of evil and wicked objectives”.viii

In summary, in using the Great Invocation II as a prayer, demand and/or invocation we need to do so recognising, realising and revealing the newer and greater freedoms for Humanity unfolding behind it. We may hold in awareness the construction of a great defending wall of spiritual light – a wall of energy that vibrates in resonance with the Sirian principle of freedom and protects all working with the Forces of Light; and, at the same time, repulses evil. And, if seeking inspiration to visualise the impregnable wall, we may consider Nicholas Roerich’s The greatest and holiest of Tangla.

Sydney Goodwill works to enhance all serving souls to develop their service, and to distribute the Ageless Wisdom teachings to all who are searching.
Previous Courage Dwells in the Warmth of the Heart
Next The Practice of Compassion in Times of War | Thich Nhat Hanh (short teaching) 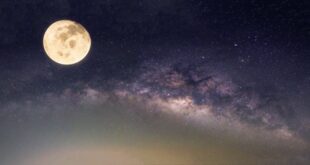 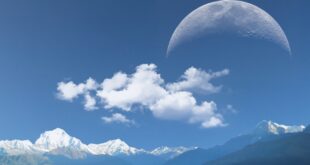 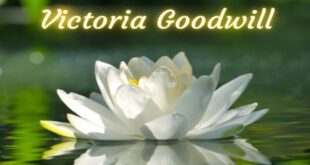 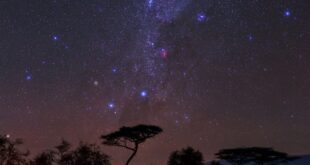 Drawing Forth the Soul of Australia