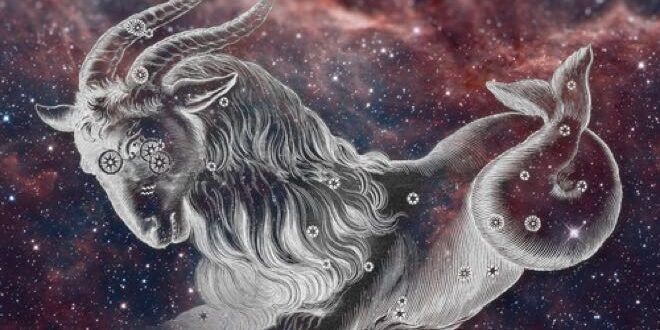 FULL MOON: Wednesday 30th December 2:28 pm AEDT
(Time in Sydney, Australia)
Festival of Capricorn – Keynote: “Lost am I in Light Supernal, yet on that Light I turn my back.”

It has been a very big year. In terms of change to structure and transformation, we have not had a year like this for quite some time. Did you feel the recent change to the energy around the 21st/22nd of this month? We had the Great conjunction – Saturn and Jupiter conjunct in Aquarius, we had the Summer/Winter Solstice, plus we also had the movement of the Sun into Capricorn.

While the cusp period and changeover from Scorpio to Sagittarius is quite exhilarating – moving from an intense and contained fixed water sign to a mutable, active fire sign in Sagittarius – the movement from freedom-loving Sagittarius to the cardinal Earth of Capricorn is very different.

For one thing, Capricorn is an inward and feminine sign, while Sagittarius is an active and masculine sign. There is a definite turning inwards, plus a heaviness associated with Capricorn. It is ruled by Saturn on both the traditional and Esoteric levels, meaning all of Saturn’s somewhat heaviness and weariness comes with it.

When you are used to roaming the spiritual, mental or physical planes in the sign of Sagittarius, it takes some getting used to when the energy thickens, becomes denser and then turns to the earth of the Capricorn mountain. This is even without the significant transits of the past few days to add to the energetic field that surrounds us.

It has been interesting to watch the reaction from those around us. It has been wonderful to see so many people interested and be consciously aware of the Great conjunction, even though there was a bit of false reporting on particular dates of the last one (it happens every 20 years and the last one in Aquarius was in the early 1400s). The next great conjunction in Aquarius will be in 2080, so we won’t have to wait so long.

With the above happening, plus the event at Uluru, the global silent minute, and the Summer/Winter solstice – it certainly was a melting pot for particular energies. No wonder it reached through to the masses, which often dismiss astrological events as heresy. Cancer itself – the opposite sign to Capricorn and the sign under which the Full moon will fall next week – rules mass consciousness, and we can see the subtle effect of this working out.

I did note with interest that quite a few people do believe that this event will or could usher in the Reappearance of the Christ – an event which many in the Esoteric community think is imminent. I mentioned in my webinar talk that the Great conjunction in Aquarius could anchor into our consciousness the particular spark needed for such an event. But time is certainly not a linear thing. I do not expect the Christ to walk down the street tomorrow, yet I do think and hope that the love needed to bring that event to fruition is a step closer.

Back to Capricorn. We can note that the higher keynote for this sign is “Lost am I in Light Supernal, yet on that Light I turn my back”. So, this sign brings us back down to earth pretty quickly, to get on with the job at hand. Saturn is the taskmaster and his influence over Capricorn is powerful. We can be lost in that Light – as wonderful and blissful as it is – yet the cry from Humanity calls us back down the mountain with full Saturnian responsibility to our brothers and sisters not quite there.

One gets a sense from this Capricornian period that there are great forces at play, both spiritually and materially. There is battle for Will, both Spiritual or Higher Will and that of the lower will. I see a looming battle for this in the coming months, as Humanity is tested to see where and how Will can be applied. This will be brought in by the Rays ruling Capricorn – the 1st, 3rd and 7th.

As Saturn has just moved into Aquarius and has Jupiter (Zeus) alongside him, the stakes are pretty high. Truth and the responsibility to find and know the truth, and expressing that out in a structured and responsible way towards greater Humanity will be a definite theme. Woe to those who look to manipulate that energy in a selfish and materialistic way. The ramifications with forces like this will be significant.

In mid-January next year, we will have a major transit enter the playing arena. Uranus will begin the square to Jupiter first, then continue that square dance with Saturn for the whole of the year 2021. When some people say you have not seen anything yet – meaning 2020 – and that 2021 might well be even weirder, enter this transit.

Uranus seeks to break apart, while Saturn seeks to constrict and hold together. Uranus seeks freedom at all costs – Saturn wants structure and discipline. Uranus loves sudden changes – one tends to think that Saturn likes to see the long plan, way ahead. So, we can see there might be a conflict here with them both squared each other.

I do see next year as one where there will the true breaking apart of old societal structures. The question is, what will replace them? Will we see the dawn of a new and engaged, responsible Humanity (Saturn in Aquarius)? Perhaps. One thing I know, the archetype of this year – the overriding Capricorn control from Authority will dissipate, it does not resonate with the incoming energies. To try to maintain that is folly and will break apart, when Uranus comes to town.

We leave 2020 as a year we will never forget, yet one we will look back at as a point in history where many things changed. We now enter 2021 in a similar position, but we are certainly prepared now.

Let’s hope for true unity to sweep across Humanity. Not enforced, but one that comes from deep within – from the Soul.

Stephen is an Esotoric Astrologer and has a keen interest in the Esoteric line through the Alice Bailey books. Stephen offers astrological readings - - contact him via his Facebook page.
Previous Forest Man
Next Peace Will Come Again On Earth