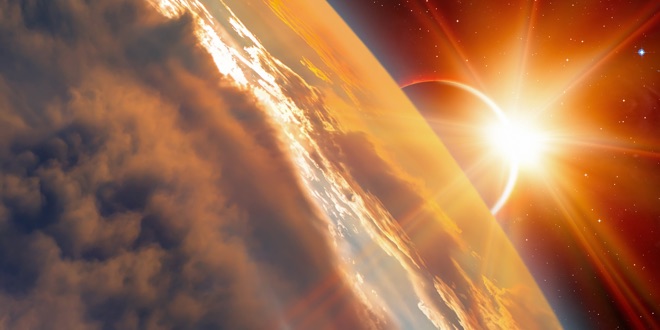 The astrological cycle continues its march through the year of 2018, as the Sun moves its way into the sign of the mutable and airy Gemini. This movement brings us to the last of the Three Major Festivals of the high point of the spiritual year and is known as the Festival of the Christ.  There could be many reasons for this naming, but one definite would be the relation of Gemini with the evocation of teaching through the sign related to the giving of information and the passing on of wisdom.

We have moved through Aries and the Easter period, we have reached our spiritual peak through Taurus and now we head on into Gemini, where energies contacted in this period can be given to Humanity and out into the outer realms. With the mutable air of Gemini attached to the energy going out, life seeks adaptive expression, adjusting and changing to suit the descending through the mental, astral and eventually physical levels of Earthly expression.

Gemini is an air sign, so mental activity is always at its most expressive at this time. Gemini itself is ruled by Mercury, the little planet that whizzes around the Sun and has been given the name “The Messenger of the Gods”. “Mercurial” and “quick-witted” are labels that are attached to Mercury and hence Gemini. This is a great time to use your mental body to great effect, thinking on an idea and setting it in motion on the mental plane, enthused with the right amount of astral enthusiasm and released through the outstretched hands of Gemini, the communicator.

The 2nd Ray of Love and Wisdom rules Gemini, and this is perfectly expressed with the Esoteric ruler of this sign, Venus. One would not need to look much further than our sister planet Venus, who waits patiently for us to pass through our evolution to join it in sacred union with the higher realms. It is said that Venus, through an act of devotion and love, sent us some of its angels to give us a Soul container to house all of our learnings through our many incarnations. These angels wait patiently with love for us to complete our individual cycles of incarnations when we will no longer need their loving embrace and their enveloping hands containing all of our living experiences.

Such love can be the highest expression of Gemini, using the higher intellect to influence the concrete mind and the outer world. We have seen such examples of great communicators in the past, who brilliantly used the Gemini energies to speak from the highest point of their spiritual selves and who spoke and communicated about the life or God aspect. Such beings probably had Gemini influencing in their chart somewhere, where they came heavily under the influence of the Messenger of the Gods. They provided a blueprint for us all to use, passing down relatively unfiltered mental energy from the abstract mental plane and beyond.

We too can have this energy available to us. Now more than ever we have the ability through the use of social media and the internet, to communicate out into the greater field and have an impact, whoever we are. Such are the gifts of Gemini….

Of course, this also means that we bear responsibility for this, so keep that in mind when the lower aspects of Gemini look to spill out – gossip, excess chattiness leading to overuse of energy, spite and also the telling of non-truths. Such are destructive elements of the Gemini influence, ones that have held us in sway for so long.

The time is here, with each passing cycle and each movement closer to a golden time of living, that we choose carefully how we use the energy of communication and the expression of the word. Let’s weigh our words carefully, building the energy behind it so it is communicated with the ring of truth that sounds out in ever-increasing motion. The sound has gone forth……………….

As you may have heard, Uranus has moved into Taurus for a little while. It will retrograde back out in November, going back into Taurus by March next year. There are some who believe that Uranus going into Taurus is a huge event, perhaps the effect of it even bigger than we realise. There are some Esoteric teachings that talk about the effect of Uranus in this coming age, going into Taurus as a major happening, especially leading up into the sacred and special 2025, where we are told the Masters will get together to plan the next 100 years. Such a happening needs to be explored and understood so that we can maximise its positives and try to minimise the things that will impact us the most.

Traditionally Uranus is said to be in fall in Taurus, mainly as Uranus is a volatile and changeable influence, whilst Taurus is one of stability and fixed-line expression. As I have said before, I do not think we will get the same massive broad changes that we have had in the last 7 years. In saying that, we will have more fixed changes, finding expression in more select areas of life expression, the likes of which Taurus traditionally rules……

Expect changes to music, with new and innovative music being brought forth. Expect the same with artistic expression, with some truly gifted and magical artists becoming known. I also expect all levels of the environment and how we view it to change, as we sorely need with our ever demanding living putting massive burdens on our home.

Some astrologers have written that they expect massive changes to money and our currency, with the rise of cryptocurrencies or the downfall of them and the creation of new ways of living. While I agree with this all, I expect the biggest change to come with how we use both our physical resources and how we actually value money and any other form of currency we use. Surely how we value what we have, is the thing that needs to change the most, as most of the world still lives in poverty whilst the other either lives very comfortably or survives quite well.

I also think that Uranus in Taurus will usher in many things into physical life expression that have been on the periphery for many years. There is a real concretisation of thought, of ideas that have been in our consciousness for a while but have not descended into earthy expression. Expect this to change. Expect also that our higher spiritual guides and Masters to also use this energy to allow themselves to have more impact on the physical plane. It is definitely coming.

Starting this energy will be the Sagittarius fire moon at the time of the full moon. Expect the arrow of truth to inflame our enthusiasm (or our emotional body), sending arrows of truth and fire throughout the night sky. Like fireworks that rise up and then explode in a big ball, Sagittarius can spread the message of Gemini throughout the world if we allow it. Of course like all fire moons at important full moon periods, be wise to an overuse of fire energy, where tempers can fray, especially when words are just blurted out.

Giving this full moon period the spiritual importance it deserves, is Pisces on the ascendant. The most spiritual of the signs and the one that is perhaps most influenced by the Christ, Pisces will allow us to get in touch with our spiritual selves, allowing us to fully appreciate the incoming energies. It almost like it is all planned and in an amazing way, through all the bumps experienced and yet to come, we are heading towards something magical that has been planned from the start of the ages…..

Stephen is an Esotoric Astrologer and has a keen interest in the Esoteric line through the Alice Bailey books. Stephen offers astrological readings - - contact him via his Facebook page.
Previous Creating a Pathway of Return
Next The Chalice of the Heart