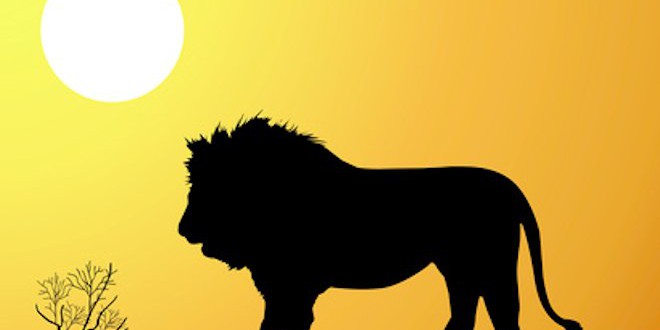 Share
With Leo, Aquarius and Pisces leading this chart, it is a powerful mix of energies. Creative service to the universal spirit might be the considered theme, let’s make the most of it.

In Esoteric Astrology, page 102, The Tibetan Master offers this about Leo:-

Leo [is] the “birthplace of the individual”, the coming into form of the individual self-conscious man who emerges out of the mass and herd in Cancer, substituting, for instinctual consciousness, self-awareness and a sense of responsibility of an individual kind”.

The theme here being individual, the sense of self blazed out in all of its fiery glory. I look at it like the Sun, our sense of power and our life force for this Solar system. The Sun cannot be missed, its presence and light are easy to recognise, impossible to miss and yet when it is on the other side of the Earth, miss it we do, as we are covered in darkness. The increase of our lighted world through electricity is perhaps symbolic of our increased individual self-consciousness evolving.

In Leo we learn about our own true sense of unique, individual self. It is where we learn about our own sense of power, our own thread of connection that allows us to be an individual, yet at the same time, having connection to all. Perhaps this is what comes strongest out of the higher mantram for this sign “I am that and that am I”. To know your own individual power and to know you are a divine being is really the purpose of this great adventure, yet in doing so we lose our connection to the one. In Leo’s grace and ability to shine, we see the star blazing forth in its unique brilliance, yet its connection to the one self, the divine, the universe, is not lost, it always remains.

Evolved Leo energy allows an individual to radiate love and strength to all those around. Others can literally light their own spark or be assisted to go within and recognise their own divinity off this powerful presence. When shining and alive, radiating warmth and heart energy, few signs will shine as brightly as this one. It is said to be one of the real influencing signs of the zodiac for the Solar system.

As well as presence, Leo brings in strong ray energies. It is ruled by Ray 1, that of Will and Power. It is a powerful commanding presence, which at its lowest is used to rule others in a dominant way. Yet in its highest form, Ray 1 energy is used to rule over one’s own lower nature, to command from the higher soul vibration. From there it is will only assist others in providing for their life and growth.

Leo is also ruled by Ray 5, the ray of the mind. Leo’s often have very active minds, which at their highest can be used to create on an amazing level. They have the courage to be brave, hence the lion is the symbol.  From this they can create from the mind level, bringing in colourful heart energy.

Shine forth and be creative

So at this stage of the year, as we are in the midst of Leo energy, allow the warmth of the Sun and its life giving abilities permeate into every atom of your being, allowing you to shine forth and be creative.

The chart for this Month has some interesting changes. Mars is back in Sagittarius, allowing some of the atrocities of recent times whilst it retrograded in Scorpio to hopefully subside. It is conjuncting Saturn at the time of the full moon, with squares to the north and south nodes, so it is a more difficult energy. One would think with them being the midpoint of the past and future, interesting things are afloat. Being in Sagittarius, vision and teaching are squarely in focus. I suspect that many new teachings are being made available and they are aiding with settling Karma. Having Mars there suggests they will be driven forth, though with the squares to the nodes, care can needs to be taken with how they are presented as Mars is very driven. Mars is at its highest expression in Sagittarius, its Hierarchical ruler.

At the same time as above, Uranus is retrograding and will continue to so until the end of the year. If we take the above, we can say that with Uranus, the bringer of the new, retrograding, there could be a halt on the expressing of the new, the occult, or of new teachings. Perhaps things are in plan to come forth, they are starting in manifestation, but Saturn is asking us to take responsibility for them, especially whilst the Sun is in Leo. With Uranus taking a backward step, it would be wise to reflect on things and measure our actions, even with Mars pushing. Spend time getting our visualisations right. What do we want, what is our goal, what are our responsibilities….? Once Uranus begins the move again, it could be all systems go.

The Moon will be in Aquarius at the time of the Full Moon. Humanity’s plight will once again be in the spotlight, though it does not seem to leave us anyway, such is the state of the Earth. As it is will be in the 11th house (Aquarius) at the time of the full moon, Aquarius energy will be very much highlighted. An interesting quote from The Tibetan Master about Aquarius can be found on page 136 of Esoteric Astrology – “The average man in Aquarius puts all his wares into the window, and often in the room behind the window there is little to be found. Esoterically, the developed Aquarian puts all he has into his water pot, storing it there for service and giving it freely on demand to meet a need”.

As always, full moon energy is often about finding a balance between the full energy of the Sun and its focus on creative identification and the more instinctual Moon energy which relates more to our lower emotional state and the past we have experienced. I have read that the Moon can represent the past, and can be seen as what holds us back in life, as it is what is familiar, what we are most comfortable with. As a Full moon is a reflection of the full Suns energy with the Moon behind the Sun, this is highlighted.

The balance found on the axis of Leo and Aquarius is one of – The self and others. As the Tibetan says, the developed Aquarian stores all he has and gives freely on demand. Basically we have the ability to give what we need, it would be suggested that we have all that is needed within us, and it is already stored within us ready to come forth upon need. Is the need any greater than now?

The Sun itself is in the 6th house at the time of the Full Moon. This means, coupled with a late full Moon in the Leo period that it is quite strongly influence by Virgo. This means more focus on health, on duty, on work and service. More directed creativity could be a theme, as could be over analysed critical thinking killing that same creativity.

The Ascendant of this chart is Pisces, giving us very strong connection to spirit. Chiron sits on the ascendant, suggesting another universal wound to be healed. This really could mean many things, but hopefully for a strained Humanity, something on a positive note. With Leo, Aquarius and Pisces leading this chart, it is a powerful mix of energies. Creative service to the universal spirit might be the considered theme, let’s make the most of it.

Stephen is an Esotoric Astrologer and has a keen interest in the Esoteric line through the Alice Bailey books. Stephen offers astrological readings - - contact him via his Facebook page.
Previous The Resonance of the Spheres
Next Yes I can