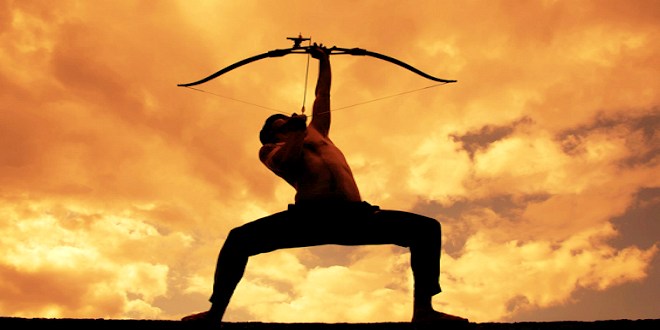 This is the final Astrology article from our dear co-worker, Stephen Bayliss. It is with more than a little sadness but with assurance of our continuing Soul connection that we wish him every blessing as he takes the next steps into whatever the future brings.Sydney Goodwill

It will be a late Full Moon for this period. The Sun will have been in Sagittarius for nearly the whole month before the Full Moon comes into effect. This allows a full build up and expression of the Sagittarius energies, before the completion with the Moon in the opposite of Gemini, reflecting the Sun’s light.

Is this significant? Perhaps. Lots of things seem significant. Do you catch yourself saying the following a fair bit: these are significant times, nothing like this has happened before, we are entering a new time – a new world, etc.

The answer is – yes it is significant, and no it isn’t. From the grand scheme of the Master Creator, all flows out in an even and natural way, with much of what is unfolding being unknown to us. It is both important times for what is going on in humanity, and yet, a tiny slimmer of a blip on a cosmic timeline.

One thing we could probably agree with would be the increased vibrational understanding of the environment around us, highlighted by astrology. Many people, who would normally be unaware of how their worlds are influenced by others – whether that be cosmic energies, astrological happenings and relationships, or the decisions of those who make decisions for humanity – are becoming aware of the interaction and connection of everything around them.

The current world situation has forced us all to see the connection to all, how all things are intricately woven with threads that stretch out and touch all parts of the environment around us. It has also shown how we ourselves are part of that and also, how we are both a creator and a receptor of this interaction.

The month of Sagittarius focuses on the search for higher wisdom, always leading to what is the truth. Truth can be a point of view, with some believing their version of it and not considering at all that theirs, plus others that they respect and follow, are truly only following a portion of the greater truth.

All of life is unfolding at its own pace, with versions of truth accepted and followed at various points in one’s life. What we considered as gospel last year, might well be the thing that holds us back this year, as life is not static and must be flowed with. The month of Sagittarius very much allows us to make this search a priority, backed of course with the mantram for this sign “I see a goal. I reach that goal and then I see another”.

This mantram alone tells you that the search will never really be complete. Like the ever-expanding universe that we are told exists, the search for higher understanding and knowing will continue to expand, once a level of completeness is attained. Ever onwards and upwards is the driving force, one that is basically endless. One thinks of the Hierarchal ruler of Sagittarius here – Mars.

Perhaps the creator’s gift to us is simple: as eternal beings that are part of His greatness, we are given the opportunity to continue to grow and learn without the worry of getting bored.

As we progress further into this month, we feel and perceive the ever-increasing tension between the square of Saturn and Uranus. This last direct square of this year will be a pivotal point of pressure, with one more very close coming together next year in September and October. The significance of this one coming is that it rounds out this year, plus also, it goes direct on Christmas eve here in Australia.

I think we can all agree that we have probably had enough growing and learning for this year. The state of the world, the fear that many have lived with, the overreach or under reach (depending on your views) that governments and corporations have exacted out, the missing of loved ones and the change to our rhythms – has been significant. “No more please” can be heard…

The nature of Saturn and Uranus squares always split life down the middle. I was born during a period of those squares and I know the energy well. The next one and the anchoring of this current cycle begun in 1988/89. During that cycle, my family moved, just like I am doing now. Why?

Saturn rules structure. Your body, your home, the rhythms of your life experience – are all ruled by Saturn. Throw in your work, your responsibilities, your karma – and you come up with the very thing that permeates your existence, here in the physical.

Uranus almost rules the opposite (the most opposite is probably Neptune). He is not about structure; he is about changing it. He is all about ushering in the new and doing it in a way that is a little crazy and certainly not conventional. He does not want to be tied down with restrictions, with worries, with burdens, with doing what is considered to be the right thing.

The clash of these 2 has set the field with division. Many have either responded to one side or the other, when in reality, it is about how we manage the 2 energies together, not one or the other. A Square is the merging of 2 energies to create conflict, and from that conflict, comes understanding. In this case: how to change structure, how to bring awareness to responsibilities and our connection to the environment around us.

I will say that I do believe wholeheartedly that certain dark forces have done their absolute best to capitalise on this situation. They know as we do, that astrology exists and that there are peak times when objectives are best tried. Many believe that this is not the case, and that is ok, as is their right to think for themselves.

I say look around you though, actually observe from a place of neutrality. In true Sagittarius form, we can only live life to our own highest truth. Use the influence of the Sagittarius Sun to see life as it is, and then at the height of the Full Moon, allow the higher aspects of your emotional body to use the energy of Gemini, to see all the little details. What is the old saying – ‘where there is smoke,  there is fire’.

And for me that is a wrap. Early next year I am moving to a more rural area and as such, I think it is time for a change. This will be my last article for Sydney Goodwill. It has been my absolute pleasure to serve and write over the years. I have started an Instagram page – astrology of the times – if you would like to see some more of my posts.

Thanks for your time xx.

Stephen is an Esotoric Astrologer and has a keen interest in the Esoteric line through the Alice Bailey books. Stephen offers astrological readings - - contact him via his Facebook page.
Previous Talking to Nature (Live at Mandali) ~ Shastro
Next Astrology Forecast December 2021 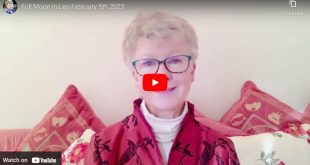 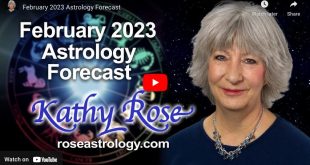 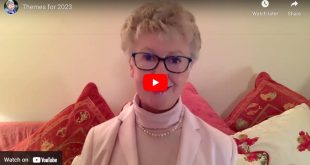 Themes for 2023 from Pam Gregory 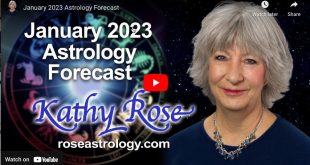