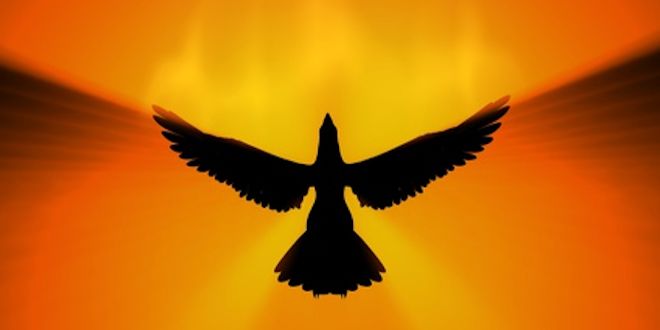 As the Sun passed through Libra, an emphasis on decision and balance was sought out as the scales of justice were applied and emphasised to our lives. As decisions were made during that time, we now have the chance to know what could hold us back from achieving those decisions or goals, what lurks beneath the waters on a deeper more subconscious level. This will be done through the sign of Scorpio.

Scorpio is fixed water, which gives it a level of focus. If we consider for a moment the three water signs and the effect of their mode of operation: Cancer, being cardinal, is like big ocean waves breaking on the shore. Its effect is strong and dynamic, but will rise and fall as waves do, to tides or cycles of energy. Pisces on the other hand is mutable. It would best be described as the whole ocean covering all of the earth, adapting, moulding, shaping to its environment. Its effect is one of covering everything, changing and reacting to its environment, shaping as needed. Scorpio on the other hand is fixed, like a river moving inland, it has a fixed line on how it moves and it knows its path as it is basically set. This gives it focus and determination and a strength of purpose.

Warrior I am and from the battle I emerge triumphant.

The higher mantram for Scorpio is “Warrior I am and from the battle I emerge triumphant”. This suggests that with Scorpio it is set that there is a fight to be fought, but the question would always be, who are we fighting and who is doing the fighting? No other sign allows such an internal inquest into one’s own nature, into the realms and depths of the subconscious of our lower personalities, to be fought out and cleansed, with always the driving promise of – emerging triumphant over it all.

I liken its effect to where it sits on the cosmic wheel, between Libra and Sagittarius. Libra the decider, the scales of justice, where thoughts are weighed (often with difficulty) and considered – into Scorpio where there is a depth of inquiry, delving into the often deep murky waters to know what needs to be released, what will hold us back, what needs to be let go off (often with a fight and much pain), what needs to be detached….Once clear, cleaner and free, the goal can be seen in Sagittarius. The path will be clearer and then the full focus of Sagittarius can come into play to reach higher modes of expression.

In the end Scorpio is often about detachment from desire, yet that does not come easily, often having the opposite effect. Its opposite sign is Taurus, the earth sign known for attachment to the material and on the highest level, higher desire. This axis is one of the dynamic of attachment to something, then the release of that, often with pain. Attachment and detachment. These are both needed and are important parts of life expression. The problem usually comes when there is over attachment, as this prevents us from moving into a new space. Yet life is dynamic, ever changing and forward moving, and detachment is another part of a great cycle.

The symbol often associated with Scorpio is the scorpion, with a sting in its tail and in a prepared position for a fight. Yet on the highest level, the phoenix is perhaps more in line with the higher expression. Having delved deep and fought one’s own or Humanity’s lower nature, there is a release, and the flames of the divine engulf and purify, leaving a more lighted expression and one that is free to move forward in a new way. This is the power of Scorpio.

This chart is again quite similar to those of the last few months, in terms of groups of planets and energies coming from that. Of course, though, the smaller planets plus the sun and the moon have moved, thus creating different effects.

There are still some prominent opposing and squaring energies. This probably has a lot to do with the current major conflicting energies currently playing out across humanity. We really are trying to find a balance in our thinking and expression, but as always, there are certain aspects of expression that seek to keep things as they are. I don’t think this will be any worse in Scorpio, as Libra was last month and Libra is a cardinal sign, often leading to a more intense or heightened period of expression. One thing Scorpio could bring though, is more arising from the subconscious, of things lying underneath, revealing people, thoughts etc. for what they are, what they represent. It can often reveal true motive.

The Sun at the time of the full moon is in its own house, the 5th house of creative expression and children. This will be a good time to spend with children, with our own inner child, or doing anything that allows creative expression of our own nature. As it is Scorpio, it could reveal something of a deeper nature, of something we were not entirely aware of, something that was sitting below the surface. Creative expression at this time could really be quite purifying and this may be how the Scorpio energy will play out this month.

Jupiter is half way through Virgo already and is moving quickly, though it will retrograde in a few months. Interestingly at the moment is the fact that it is conjunct Mars and Venus. Could Jupiter be lending its great wisdom and expansion to the male and female energies of expression, all in an earthy and organised practical Virgo way? As it is 3rd house, it could be a good time for the communication of any issues that involve the relation between the sexes, how women are treated, and differing levels of equality.

Chiron is in opposition to this however, and being the wounded healer, could bring some old wounds to the table. Recently in Australia we have had an issue highlighted with an asylum seeker who was raped in a detention centre, brought to the city to have an abortion and then flown back before it was all done, with no real reason why. This is the type of energy dynamic created by this aspect and being in Scorpio, we could expect it to come to full public attention, as much as the government may try to cover it up.

The moon will be in Taurus at the time of its peak opposition to the sun. An earth moon brings a sense of the tangible to our emotional state, allowing us to understand and palpate what we are feeling. The moon is in the 11th house, so we will want and need to be around others and groups to feel nurtured and secure. Yet its opposition, the Sun, will want us to have deep inner expression and creativeness, in relation to our point of identity. Therein lies the opposing energies needing to find balance.

Overseeing the chart, in fine airy communication and ideas is Gemini. This will layer the chart with the seeking of fact and logic, with a focus on the expansion on mental aspects of expression and communication, especially of a higher nature. This also brings in Venus, as it is the esoteric ruler of Gemini. In esoteric philosophy, Venus is ruled by the 5th ray of expression. The 5th ray is often linked to Science, but more importantly rules the mind. My guess is that this period will bring in new ideas to be expressed, especially in relation to aspects relating to the feminine. Our thoughts will probably be challenged to see what really lies underneath our levels of thinking, how we operate. They could well be placed up to be cleansed, so that new images and patterning can be set, ones that are more reflective of humanity for this time period, not from the past. And on we move….

Stephen is an Esotoric Astrologer and has a keen interest in the Esoteric line through the Alice Bailey books. Stephen offers astrological readings - - contact him via his Facebook page.
Previous Courage is Born of a Pure Heart
Next What is the spiritual meaning of money?