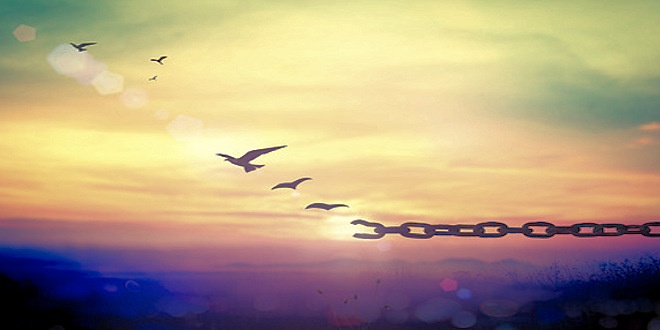 The Freedom of Being

At heart we too are subtle beings

We might smile when a child calls “Mummy” in a play park and several mothers immediately look up until it is clear which one is being called. How automatic it is to become immediately aware when we hear our name called. There is a responsiveness deep within our psyche and inherent in our very being. Calls of the heart radiate through all dimensions, automatically evoking a response from realms of subtle awareness. At heart we too are subtle beings – so how can one know who calls and who answers? For the resonance of a call draws together that which harmonises within the currents of the Great Life of which we are integral parts. The poet, Rumi, wrote:

Remember God so much that you are forgotten.
Let the caller and the called disappear; be lost in the call.” Mawlana Jalal-al-Din Rumi, from ‘Lost in the Call’

Seeing with form-focussed eyes in the world of forms, things appear to be separated but they are not in essence. As the Agni Yoga writings remind us:

When we are in a house we see it not, being within.” Leaves of Morya’s Garden I, 261

Life flows through everything like a great sea of sensitive awareness

And all the while Life flows through everything like a great sea of sensitive awareness wherein all is accessible to each point of receptivity and every point is an integral part – drops in that infinite ocean. If we limit our awareness to any particular form we close the door on all the mighty diversity which is right there always within reach.

Movement within this great sea is by resonance

Movement within this great sea is by resonance which expresses as relationship in the world of forms where things appear separated (though not in reality). We cannot avoid attracting what we radiate. It reverberates as a current through the ethers. This is the living, coherent nature of the Great Entity Whose Life we share. Calls or questions have their response or answer in infinite and complex completeness as Dr Eben Alexander found when his consciousness was released from the confines of his physical body:

Up there, a question would arise in my mind, and the answer would arise at the same time, like a flower coming up right next to it. It was almost as if, just as no physical particle in the universe is really separate from another, so in the same way there was no such thing as a question without an accompanying answer. These answers were not simple “yes” or “no” fare, either. They were vast conceptual edifices, staggering structures of living thought, as intricate as cities. Ideas so vast they would have taken me lifetimes to find my way around if I had been confined to earthly thought. But I wasn’t. I had sloughed off that earthly style of thought like a butterfly breaking from a chrysalis.”
Dr Eben Alexander, from ‘Proof of Heaven’

There is a common saying: “be careful what you ask for from the universe” and implied in it is a recognition of the vastness which we can call on at need and which may provide more than we expect! This vastness is described by the Tibetan Master:

…the entire universe is etheric and vital in nature and of an extension beyond the grasp of the greatest mind of the age, mounting into more than astronomical figures… This extent cannot be computed, even in terms of light years; this cosmic etheric area is the field of untold energies and the basis of all astrological computations; it is the playground of all historical cycles—cosmic, systemic and planetary—and is related to the constellations, to the worlds of suns, to the most distant stars and to the numerous recognised universes, as well as to our own solar system, to the many planets, and to that planet upon which and in which we move and live and have our being, as well as to the smallest form of life known to science and perhaps covered by the meaningless term “an atom.” All are found existing in Space—Space is etheric in nature and… Space is an Entity. The glory of man lies in the fact that he is aware of space and can imagine this space as the field of divine living activity, full of active intelligent forms, each placed in the etheric body of this unknown Entity, each related to each other through the potency which not only holds them in being but which preserves their position in relation to each other; yet each of these differentiated forms possesses its own differentiated life, its own unique quality or integral colouring, and its own specific and peculiar form of consciousness.” Telepathy & the Etheric Vehicle, page 178

We are, each and every one of us, an active participant in that vast Entity. We have but to call on it for any need recognised by the indwelling soul. Herein is the true freedom of being that lives through and beyond the form. As the Tibetan Master describes:

…the freedom which the sannyasin knows as he roams free in the three worlds—unsupervised or unintruded upon by aught but his own soul. It is the freedom which gives mental help, emotional response and physical time as and when the disciple chooses. These are not evoked by habit or by the demand of others, but are the free contribution of the soul to a current need.”
Discipleship in the New Age II, page 758

Any sincere call inspired by real need is answered

Any sincere call inspired by real need is answered though not necessarily as the limitations of the caller might expect. The authentic essence of a call is always answered. Authenticity is the rudder that steers between the rocks and shoals of demand and desire, resonating with true need to bring its relief. And so the flow of Life moves according to the laws of its inherent nature and the divine purpose which is its initiating cause. Its currents flow through all as the poet Rabindranath Tagore expresses so joyfully:

The same stream of life that runs through my veins night and day
runs through the world and dances in rhythmic measures.

It is the same life that shoots in joy through the dust of the earth
in numberless blades of grass
and breaks into tumultuous waves of leaves and flowers.

It is the same life that is rocked in the ocean-cradle of birth
and of death, in ebb and in flow.

I feel my limbs are made glorious by the touch of this world of life.
And my pride is from the life-throb of ages dancing in my blood this moment.

Tags Freedom of Being

Hi, I'm one of a group of authors and editors for the Sydney Goodwill website.
Previous The Journey Continues – Chapter 2
Next Rumi ~ Where all is music