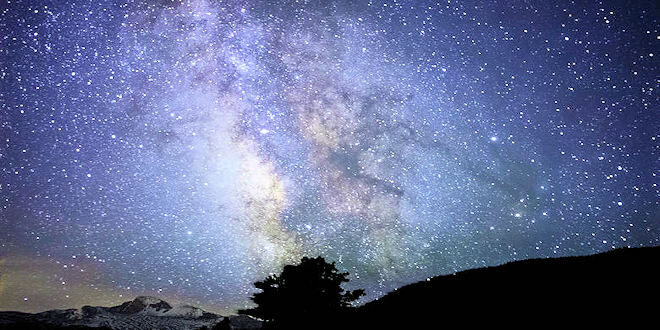 The Vast Field of Shared Consciousness

While there may still be those who seek to divide us by promulgating false ideas of differences that narrow and shrink our sense of identity, there are many more who are reminding us of our extended, shared oneness. These enlightened human beings help us to realise truth, and to dispel the illusions and assumptions that are often stated as irrefutable facts but which may also be fabrications that serve self-interest above the need of others.

In the realm of consciousness our presence extends as far as our awareness.

We are realising that our identity is much vaster and more pervasive than the physical form in which it is anchored in the material world. In the realm of consciousness our presence extends as far as our awareness. We are wherever we think we are. We can be with the firefighters as they battle to save habitats, homes and lives; we can be with the doctors and veterinarians as they care for the burned and wounded; we can be with the volunteers organising emergency accommodation, food and whatever help is needed.

And we can stand with those who suffer

And we can stand with those who suffer, to support and strengthen them through their ordeal. Many have lost all worldly possessions, and some have lost all that they held dear. And still all are souls persisting through time and across space. Though forms may pass, their essence lives and is part of the pervasive presence of the Soul. This has been known down the centuries as the Elizabethan poet expresses in this verse – it is now becoming the living reality for many of us through actual experience, either personal or shared through our growing sense of oneness.

What though the sea with waves continuall
Doe eate the earth? It is no more at all:
Ne is the earth the lesse, or loseth ought;
For whatsoever from one place doth fall
Is with the tide unto another brought:
For there is nothing lost, that may be found if sought.”
From The Ways of God Unsearchable by Edmund Spenser.

In a very real sense we are one another.

In a very real sense we are one another. Our identity is increasingly a shared identity in which we share one another’s circumstances as though they are our own. Can we really know where one consciousness ends and another begins? Our sense of this may begin with shared experiences or similar opinions but we learn gradually that it can extend to those we have not met or known in physical form and presence. The Tibetan Master explained:

The human mechanism and its ability to respond to its environment (as science well knows) has been developed in response to an inner urge, present in every human being and in all forms of life, and to the ‘pull’ and magnetic effect of the surrounding environment. Step by step, the forms of life upon the physical plane, down through the ages, have unfolded one sense after another; one form of sensitive response after another becomes possible as the mechanism is produced, until the human being can receive impressions from the physical plane and rightly interpret them; can respond to the emotional contacts of the astral plane and succumb to them or surmount them; and can become telepathic to the world of the mental plane, thus sharing—physically, emotionally and mentally—in the life and contacts of the three worlds which constitute his environment and in which he is submerged whilst in incarnation.” Telepathy and the Etheric Vehicle, page 54-5

While we might individually register impressions, they emanate from the vast field of shared consciousness

While we might individually register impressions, they emanate from the vast field of shared consciousness in which we “live and move and have our being” and in which we progress, expand and realise our shared identity of the glorious Life we share. The Tibetan reminds us:

… all that IS is ever present. What we are concerned with is the constant awakening to that which eternally IS, and to what is ever present in the environment but of which the subject is unaware, owing to short-sightedness. … The Kingdom of God is present on Earth today and forever has been, but only a few, relatively speaking, are aware of its signs and manifestations. The world of subtle phenomena … is ever with us and can be seen and contacted and proved as a field for experiment and experience and activity if the mechanism of perception is developed as it surely can be. …The subjective realm is vitally more real than is the objective, once it is entered and known. It is simply … a question of the acceptance, first of all, of its existence, the development of a mechanism of contact, the cultivation of the ability to use this mechanism at will, and then inspired interpretation.” Telepathy and the Etheric Vehicle, page 53-4

During the ups and downs of daily life we learn many things, but the greater life-changing lessons often occur through extraordinary happenings such as crises and catastrophes – large scale events that affect vast numbers of us. And sometimes it takes the impact and sacrifice of these large events to break through the illusions and assumptions about a way of living together, and with the planet, which is unsustainable. A new way of living and a new sense of being then begins to emerge as we re-group and start anew – wounded, wiser and with a deeper understanding of life and the effect of our pervasive presence within it.

Most are familiar with the idea that crisis is also opportunity for growth and progress. But the living reality can be a vastly different experience to just knowing the concept. New things have to be lived into being – and we have to love one another through the impact of that newness as its emergence breaks apart what we previously knew and loved. This simple poem expresses a soul’s journey through such a time:

Shipwrecked in a desert.
On the shores of desperation.

Eyes washed, tears that scald,
Strips away the veils that blind.

Heart seared, full of longing,
Can I cross the ground that’s burning?

Love soothes, pain is easing,
Light is calling all that’s mine.

Sweet voices, hands that lift me,
Light Eternal round my brow.

Hi, I'm one of a group of authors and editors for the Sydney Goodwill website.
Previous Global Silent Minute Summary Report
Next William Meader returns to Australia 2020