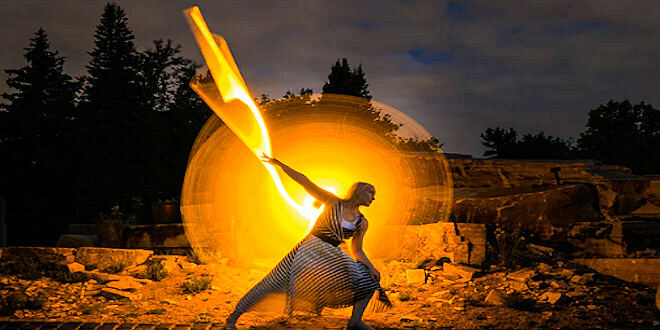 The new astrological year has just begun. Every year at the time of the Spring equinox in the Northern Hemisphere, Autumn or Fall in the Southern Hemisphere, we have the beginning of a new cycle, lasting 1 year in total.

The lead up to the above is the precession of the Sun through the sign of Pisces. This year in NSW, Australia, we have had a massive deluge of rain, with the heavens truly opening up and releasing the water that was collectively stored in the atmosphere. One could not help but think of the Aquarian labour in the book – Labour of Hercules by Alice Bailey. In the book, Hercules cleans the stables of Augeas, by redirecting the flow of 2 rivers – the Alpheus and the Peneus – through the stables. The result was that all the built-up filth and old negativity were released and washed away out of the stables.

Pisces is ruled by the planet Neptune, the king of the oceans. Neptune seeks to influence by release – release from manifested form – especially from the confines of the purely physical realm, release into the greater consciousness. It is mystical and spiritual by nature, and cannot be confined, just like water. Even if water is contained by a dam or a container, it will evaporate into tiny particles of air, moving and then collecting somewhere else. There is great power with water when all of the particles collect together, as it is no longer elusive but forms together to provide a substantial force.

Mutable water is what we finish our yearly cycle with, as Pisces rounds out the year. We then begin a new astrological year with the sign of Aries – the ram. The changeover from the Sun and its projection through Pisces to the sign of Aries is one that produces boiling water, and sometime steam (fire and water). The meeting of fire and water can warm the body – as in a hot shower – or it can be dangerous to touch – as in boiling water.

The first few days of the Sun’s journey through Aries is probably the hardest (around the time of the equinox). The movement from water to fire is perhaps one of the hardest of all the cusp periods. From mutable and free flowing liquid water (Pisces), to the sharper and intense cardinal fire of Aries, it really changes how we express ourselves. Gone is the elusive energy of Pisces, in its place, the drive and assertion of the God of War – Aries.

Mars rules the sign of Aries, and we can see this very evidently. Fire signs are not known for hiding in the shadows, especially this one with the dynamic mode of cardinal energy pushing it forth. Aries are always pushing forward, using their heads like a ram to project energy outwards into the realm of the physical. Mars gives the passion and drive to succeed, to overcome obstacles, to pour forth the will of the person being influenced by Aries.

This we can see in influence at the moment. Over the last weekend we saw thousands of thousands of people march the world over, protesting in the major cities in regard to what they see as their governments attempted systematic control over their lives. This has been born on the back of the pandemic, for which the governments and those in power and authority used the major transits of last year (Pluto, Saturn and Jupiter in Capricorn), to usher in a series of decisions and rules that have affected each person’s everyday life on this planet. This includes lockdowns, the threat of forced or mandatory vaccinations, the limit of travel, masks, propaganda and fear with an emphasis on numbers and cases and not how people can live more healthily.

It is no accident that the planned marches took place at the beginning of Aries. This sign commands action and it has the fire and passion to back it up. No sign is more suited for a fight (verbal or otherwise) and no sign dislikes been told what to do more than Aries. This influence urges people to push themselves, their beliefs, their desires (lower and higher) forward and outwards into the manifested realm. When higher ideals are foremost, they are responding to a higher call, one from the Soul.

The big transit that is also influencing current moods and actions of others is the ongoing Uranus/Saturn square. This square first touched direct in mid-February. There will be 2 more direct squares – one in mid-June and the other in late December.

Saturn is currently in Aquarius and Uranus is in Taurus. The square between the 2 certainly sets up a very different dynamic to the one we had last year. All of the planets in Capricorn last year created a really heavy situation, one we had not seen for 500 years. The rule of authority really shone through (the influence of Saturn and Pluto in Capricorn – expanded by Jupiter), with many things that happened on the back of that particular energy dynamic. However, this geometric relationship between Saturn and Uranus this year is very,very different. Those who think this year will be a continuation from last year might be surprised with what happens.

Uranus rules freedom, hence, the push back by many people in the world who have had enough of being controlled. Saturn rules control and its movement into the sign of Aquarius suggests not all will agree with some people’s idea of wanting freedom. There will be a very strong contingent of people who will respond to the Saturnian energy in Aquarius and who will say, let’s all be streamlined here and do what is best for everyone. The problem is that there are very different views on what is best for everyone and thus, conflict will ensue. This is especially so in the sign of Aries.

This particular relationship, between Uranus and Saturn will make up the bulk of what is happening this year. How that will play out will depend on other varying factors, where the Sun is located, Mercury retrogrades, other influences (Jupiter entering Pisces before it retrogrades back into Aquarius) etc. But the Uranus and Saturn relationship will be the main influence.

I expect many more sudden changes this year, as Uranus rules the weird and unusual. While Saturn wants to know the exact path, Uranus makes it up on the go. Perhaps it has a greater vision, one not seen, yet it will change that in a moment, or at least, change the rules for getting there. Being in Taurus sort of goes against this, as it is a fixed earth sign. Money, beauty, art, form, love, possessions, security, healing, attraction, morals and ethics – will all be under the microscope this year. Expect sudden changes in one or all of them in the outer world and then of course in your own personal world.

The Saturnian part of the above, one that wants rules and restrictions won’t like it, hence the conflict. Squares (90-degree angles between 2 planets) require a real effort to work through the 2 energies and are known to be the hardest aspects in astrology. This current square is creating the drama we see, one that was really anchored last year. We do know one thing; it will change at some point. That is astrology. Expect a continual bumpy ride throughout this year.

As the Sun is currently in a fire sign, expect the fire within yourself to rise also. Being short tempered could be a by-product, as is bumping your head and headaches in general. The good side to Aries is the potential to get things moving, to begin new projects that we have held back on, to create and respond to new incoming energy.

At the time of the Full moon next week, Libra will be opposite the Sun, showing that as always, some balance is needed. It is recommended to use the energy of Aries as needed, to not fight against the fire but use it to get things moving. I also recommend that if at times the energy of fire is too much, take a step back and weigh up what is front of you. Is there a need for caution, to not charge in, to hang back, to use intelligence more than direct action?

Such is the balance of life.

Stephen is an Esotoric Astrologer and has a keen interest in the Esoteric line through the Alice Bailey books. Stephen offers astrological readings - - contact him via his Facebook page.
Previous Removing the Seeds of Enmity
Next Global Silent Minute – Aries – 2021