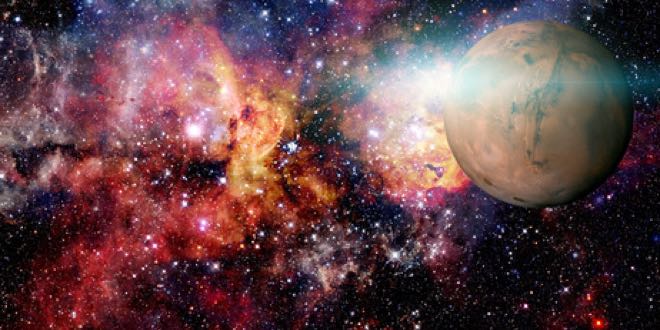 Elements of this image are furnished by NASA

Have you noticed an extra increase in dynamic energy recently? Energy to get things moving, new decisions hovering around your mind, new beginnings and opportunities on the horizon……? Coupled with this have you noticed an increase in impatience, a wanting to get on with things and a frustration at either yourself or others when it does not happen. If the answer is yes then you have probably been caught up in the changeover from the serene and calmer influence of the watery Pisces, into the dynamic and fiery energy of Aries.

Aries signals the start of the astrological year, so we are beginning a new cycle of events. As this year is a Master 11 year in numerology, one suggests that we are only really beginning to come into that vibration now…..How  this will play out, we will have to wait and see. I know that there are some huge developments in the world, which are worth discussing. With the 2 below, it is not surprising that they are coming to fruition at this time, as Aries was the God of War…

Obviously, with America, you have 2 major things happening at the moment. One is the movement to gun reform lead by young women and men. They are showing that their voices are powerful, they have influence and they have had enough of corporations and their government’s keeping laws that give people access to guns that continue to kill. America is often obsessed with security, this fits in well with their Cancer sun sign (Independence Day). Yet there are more internal deaths from their own citizens than from anyone outside, and there is a strong movement to say enough is enough.

The other big talking point is, of course, the unheard of meeting that could perhaps happen with America and North Korea where there could possibly be a reduction in nuclear arms. As I write this, I wonder if this is perhaps a response from America’s own internal movement with their protests….We are often not in tune with the happenings of the world and equating how energy is all connected, but I have seen that even with the most subtle shifts of energy, its effect can be quite large. Imagine that direct and powerful movement at home, crossing the seas of consciousness in North Korea and effecting a change….it is definitely a possibility.

We are only becoming aware of the true power of our subtle and energetic responses, plus our not so subtle replies and actions in life. Every day we witness our environment decaying at the seams from wrong thinking and exploitation. We are being slowly shown that we are connected with all of life and that our actions, emotions and our thinking, including what we may not have realised, has consequences……

Aries will show this to us if we allow its higher energy to come into effect. The Esoteric ruler of Aries is Mercury, the messenger of the Gods. Mercury is very much linked to the mind. Of the mind, we know our own internal concrete decision making, but we may not yet fully understand the power of the abstract or higher mind….Mercury, through Aries, will assist us with the power of the higher mantram – ‘I come forth and from the plane of mind, I rule’.

Perhaps these bigger movements taking place are on the higher plane of mind, and as such are having a dramatic influence on our surroundings. As we learn more about subtle energetic influence and Esoteric sense……we might well come to a better understanding of our thoughts and the power behind them, especially back with the fire and dynamic influence of Aries.

One of the strongest aspects of the astrological chart for the time of the full moon is a T-square between the Sun and retrograding Mercury, the Moon and a Saturn/Mars conjunction. They are all in cardinal signs and are all quite tight in orbs. The Saturn/Mars energy is very strong, sitting near the ascendant in the first house. Having Mars there adds the lower ruler of Aries, blending its energy with the Lord of Karma – Saturn and squaring the Sun and also the Moon.

Funnily enough, as challenging as the above aspect can be, in a lot of ways, I see it as the balancing act of the chart. With Mars attached to Saturn, the wise and authority-giving planet lends its power regarding Karma to the powerful and driven Mars, thus creating fire and directness, but also the responsibility to go with it. Are we finally seeing some responsibility being born for owning weapons and having the power to take lives……?

Mercury has just gone retrograde and will continue until the 15th of April. As usual, this will contribute to an effect on networks of communication, to the troubled use at times of technology and all-round ability to communicate fully and clearly. Perhaps we can use the above-mentioned influence of increasing Esoteric sense to come to a better understanding of what it means for mercury to retrograde…..

The Moon itself will be in Libra when it is in its fullness, representing an air moon. Whilst Aries (sun) wants to get on with everything and move forward, Libra can often be indecisive, partly as they weigh up both sides of something to find the best decision and the middle ground. This, of course, can both bless and hinder an idea, thought or feeling, as there is a need to consider one’s action before acting, but also can inhibit forward movement. Finding the right balance is key.

The Ascendant at the exact time of the Full Moon is Capricorn, making this chart one of strong cardinal influence. This will really add to the intensity felt and make the coming week one where we need to come to grips with the power around us. Add to this the effect of the Hierarchy, who are surrounding us at all times but especially now, and we will have to find ways of using this energy or risk it at times overriding us. The opportunities are there, we just need to be open to it and allow its full expression…..

Stephen is an Esotoric Astrologer and has a keen interest in the Esoteric line through the Alice Bailey books. Stephen offers astrological readings - - contact him via his Facebook page.
Previous Seeing the New World Rise
Next In These Arms, A Song for All Beings — Jennifer Berezan