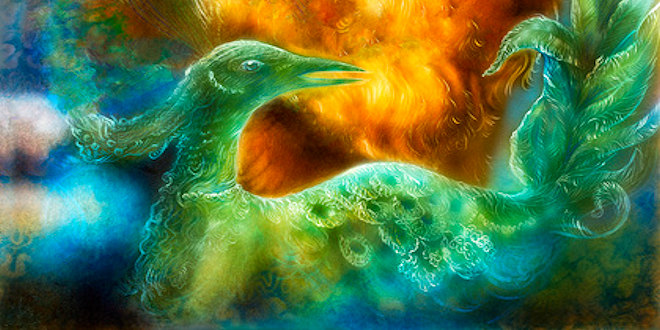 The young ones born at the turn of the century are beginning to make their presence felt and with them a new human force is rising up even as the structures and systems of the passing civilisation fail through self-interest and the natural world breaks under the weight of exploitation. This new force is reforming the substance of the dissolving forms into something new and glorious if only glimpsed as yet in momentary flashes of insight. While the new world is still forming it is critical to its successful birth that we give it our full attention – our directed energies – lest it fail through our lack of focus and will-power. It can be all too easy to slide back into the old patterns and values that have so governed humankind over the millennia that they have crystallised and cemented their hold on our consciousness and habitual living. But the new generation has been born into a global world and are already globally conscious and active. They think in larger proportions like the stone-mason in the old parable:

Three masons were working at chipping chunks of granite from large blocks. The first seemed unhappy at his job, chipping away and frequently looking at his watch. When asked what it was that he was doing, he responded, rather curtly, ‘I’m hammering this stupid rock, and I can’t wait ’til 5 when I can go home’. A second mason, seemingly more interested in his work, was hammering diligently and when asked what it was that he was doing, answered, ‘Well, I’m molding this block of rock so that it can be used with others to construct a wall. It’s not bad work, but I’ll sure be glad when it’s done’. A third mason was hammering at his block fervently, taking time to stand back and admire his work. He chipped off small pieces until he was satisfied that it was the best he could do. When he was questioned about his work he stopped, gazed skyward and proudly proclaimed, ‘I am building a cathedral!’”

…it becomes apparent that we are in the midst of a mighty shift of identity, a complete turnaround of direction, both human-wide and planet-wide

Observing the broader changes moving through the world, it becomes apparent that we are in the midst of a mighty shift of identity, a complete turnaround of direction, both human-wide and planet-wide, as we rise out of the potential tomb of an isolated individuality and enter more fully into the life we share with the planet and with all the kingdoms of the natural world. Once we enter this sense of universality we come into conscious touch with the great life-force of the intricate and intimate yet pervasive system of a whole world – a whole, coordinated, purposeful and sustaining Being in Whose body we form cooperative cells. It is too organically balanced, symbiotic and evolutionary to be an accident or the mechanistic result of cosmic chemistry. It is alive and breathing through all the living forms in a way that enables them to exist in harmonious relationship.

…the heart is fired into life and we resurrect ourselves into finer beings and restore our world to a more divinely intended order.

As a species we have journeyed through many veils of ignorance to arrive at this moment of collective realisation – if we can take in and keep in mind and heart the greater whole and all that is unfolding through it. Only limited vision can obstruct the flow of life throughout the world. And we are gradually realising that we are more than material, organic machines; that we are initiating, creative forces each in our own right; and together, as a kingdom in nature, we are a mighty force. It is our will and focus that supports or destroys our world. Our intention and attention are subtle powers and we, the entities which animate our forms, direct them as we choose. Ultimately we are not passive responders to circumstance but can override any conditioned response patterns when a newer, more life-empowering vision is grasped. When this happens, the heart is fired into life and we resurrect ourselves into finer beings and restore our world to a more divinely intended order.

This new vision and new world are being realised into being all around the Earth – it is a global, integrating expansion in consciousness. It does not reflect through existing structures though may exist in some of their personnel. It is a complete departure from past modes of relating with one another and the world – it is the rebuilding of the shrine of man’s living. The Tibetan Master explained:

Rebuilding is needed and this will require a dedicated, spiritual insight. The New Age will not be ushered in and find true expression of its latent energies through the medium of old and patched up forms, or through the preservation of ancient techniques and attitudes. It will come into being through entirely new forms and by means of the intelligent discarding of old modes of religion, government and economic and social idealisms. The need for sensitive intermediaries who can sense the new emerging realities and can take the needed constructive steps is great.” Discipleship in the New Age, Vol II, page 589

The challenge of these times is to discard a worldview that no longer fits and, naked of past conditioning, enter into a new Eden – not as animal-man this time, but as the ensouling entity, as a solar angel, creating a new heaven and a new earth based on a spiritual love that nurtures the soul within all things as fragment reflections of the One Soul in Whom we live, breathe, move and have our being. While this may seem impossibly utopian in a “modern” context, for those with eyes to see it is becoming apparent that human consciousness is unfolding into this finer state of being – step by step, one by one, group by group here and there all around the world as each one begins to understand how Spirit moves and works, and as each learns to attune to that deep inner aspect of being that “knows” – as Merle Stubbs explained:

We are not here speaking of ‘knowing something’ but rather of that state we simply call knowing. It is a direct awareness independent of reasoning, logical processes of the analytical mind, and of time or sequence. Direct knowing is beyond the function of the intuition but instantly precipitates that intuition. Any resultant revelation can be given out in a chosen format to advance the thinking of humanity. The format is not the truth itself but only an instrument.” Journey of a Lifetime, by Merle Stubbs, Chapter 3 p.46

This “knowing” inspires such movements as the spontaneous uprising of young people around the world who call for a new way as they march and speak out for safety from gun violence in schools and homes. They are ignoring the demands of the old order and clarifying the need for solutions that help and support – that nurture. See: https://marchforourlives.com/ Young inventors are also showing the way with solutions that cooperate with the natural world to help where need is greatest. See: http://www.bbc.com/future/story/20180316-four-teenage-inventors-changing-the-world “People power” everywhere is pushing back against oppressive and life-threatening practices and both demanding and implementing a more empathic and heart-centred approach that nurtures the human potential for true greatness.

And we know something of what the new humanity will be like through the great Teachers down the ages.

The new era is not built according to a set of instructions like an Ikea cupboard. It is created out of our own substance (our spiritual, mental, emotional and physical energy) and our own experience which draws it forth. It is triggered under the impress of an inner subjective intention. And we know something of what the new humanity will be like through the great Teachers down the ages. Through Their lives They demonstrated deep understanding, spiritual love, the power to uplift and forgive. They stood radiant in the face of ignorance and evil even unto death in order to resurrect the soul in mankind and draw forth a realisation powerful enough to penetrate the material surface of orthodoxy and custom. They were human beings like us and yet knew the power of the One Life that flows through all – and so we revere Them whether They are in manifest or subtle form. Even so, when caught in the modern materialistic whirl, we may still forget to emulate and be inspired by Them. Yet, with practice, we too are capable of exercising that inner strength which the Tibetan Master described:

…the power to live and to function subjectively, to possess a constant inner contact with the soul and the world in which it is found, and this must work out subjectively through love, actively shown; through wisdom, steadily outpoured; and through that capacity to include and to identify oneself with all that breathes and feels which is the outstanding characteristic of all truly functioning sons of God.” A Treatise on White Magic, page 603

He it is, the innermost one,
who awakens my being with his deep hidden touches.

He it is who puts his enchantment upon these eyes
and joyfully plays on the chords of my heart
in varied cadence of pleasure and pain.

He it is who weaves the web of this maya
in evanescent hues of gold and silver, blue and green,
and lets peep out through the folds his feet,
at whose touch I forget myself.

Days come and ages pass,
and it is ever he who moves my heart in many a name,
in many a guise, in many a rapture of joy and of sorrow.

~ Innermost One by Rabindranath Tagore

Hi, I'm one of a group of authors and editors for the Sydney Goodwill website.
Previous Journey of a Lifetime: A Group Story – Chapter 2
Next Aries Sun – Libra Full Moon period 2018