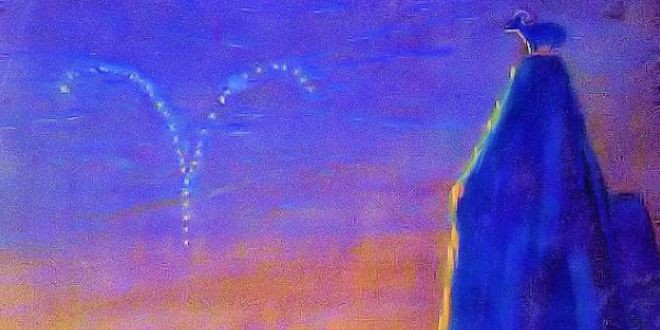 Are you feeling the pressure?

Many of us are feeling a lot of inner and outer pressure at the moment. A quick look at the astrological chart and you can see why, with many planets in fire signs, predominantly in Aries. I believe this is the reason for much of the pressure, as we have had a rather pleasant start to the year with much cooler Aquarian and watery Piscean energy, but now the intensity of the fiery Aries is making its impact.

Tension at the start of the Spiritual Season
I think there are two other higher reasons for this as well. One is that we are approaching the start of the Spiritual Season, and that always implies acute tension – especially for disciples and aspirants on the Path. As the higher energies descend and hit our impure vehicles, we can struggle with it. Imagine how others feel who have no idea why? I have observed over the last few years that this time of Easter and the time around Scorpio and Sagittarius are the hardest times in the year, as Easter really starts to bring in the highest energies – Aries, Taurus and Gemini – and the other brings in the most concrete expression of these energies with Libra, Scorpio and Sagittarius. I have been observing this more and more, and have been aware of the tension, especially last year. I think for those of us who are sensitive, this is becoming more and more acute for us, as we evolve and open up each passing year, and the energies of the moment move through more quickly than ever before.

Uranus is preparing the way for important decisions
Uranus is still in Aries and squaring Pluto in Capricorn (yes “blowing up”). They are both in Cardinal signs, meaning dynamic interplay between freedom and transformation, as we see daily across the world. What is most significant here is that Uranus is at its strongest vibration in Aries. It is the Hierarchical ruler of Aries. Realistically, only a Master and beyond will know what that means, but we can speculate. In 2025, the Masters of the Hierarchy will meet for their annual 100 year conclave, to decide the way forward for the next 100 years -, a critical point in the Earth’s evolution. Uranus is the only one of the major outer planets, which help shape and define generations, that is in its sign that it rules from a Hierarchical point of view. It has been like this for a while and is only half the way through on its journey. Hence the extra attention and energy …. Is it preparing the way, so that important decisions can be made at this time for the way forward?

Of course an individual’s chart could have other things going on, and if they have any planet that is aspecting any of the current major players (anything in Aries, Saturn in Sagittarius, Jupiter in Leo, or Pluto in Capricorn), then they will feel it even more strongly.

Expect a time of intense creativity
At the time of the full moon, most of the planets that make up our inner thoughts and feelings on a personal level, are positioned in the 5th house of children and creativity, nearly all in Aries. This could mean that this area is highlighted for us. Expect this full moon to be a time of intense creativity, with perhaps the feeling of pressure to create and blaze something new through the old, demanding some type of expression. This could be on a purely mental level (think of the higher mantram) or on emotional or physical levels. It will be a great time to do something that allows expression of our inner child, but in a new way, coming forth from the plane of mind.

Likewise children themselves will be in the spotlight. Their plight in the war torn countries, their right to be heard and counted as part of Humanity, to shine and light up our lives with new forward thinking. One wouldn’t even be surprised if one of the more evolved invents something, a thing that propels life forward and adds to our learning and consciousness. You could almost hear them saying, “I just thought that if I didn’t get this creative idea out then it might have engulfed me.”

Easy wise understanding
Jupiter in Leo and Saturn in Sagittarius (both fire) add a nice trine to this Aries energy, giving easy wise understanding on the level of the self and the divine, plus also the structure and the sense of responsibility (including karmic) to all of the above creative energy. This is true on both the personal and the human level.

Pluto is still squaring Uranus
Pluto of course is in Capricorn and is still squaring Uranus, but it is also squaring the whole Aries energy in effect. It is also squaring the moon and the north node in Libra, thus forming a T-square, all in a cardinal element. Even writing or reading that sentence causes one to feel the dynamic interplay that goes on between forces when they are in cardinal elements, with Aries being the only one of fire. Whilst mutable signs are known for their adaptability and fixed signs for their persistence and determination, cardinal signs are known as the signs that create change and lend themselves to leadership and the expression of will energy.

Arrows of truth
All of this is further supported by a Sagittarius ascendant at the time of the full moon. Perhaps the divine architect thought there was not enough fire and needed the archer to shoot arrows of truth across this creation so that we all see things for what they are, so that the higher meanings would be clearer, or perhaps so that we had something that would allow the fiery energy to adapt, to meld or shape it so the intense expression would adapt to need.

A sense of destiny and purpose
The Moon itself is in Libra, giving balance, harmony and a peaceful, airy, cool expression, especially in regard to emotions. Librans are the balancers of the zodiac, anything can be put on its scales of justice, being weighed and balanced so that it is fair for all. At the time of the full moon it is conjuncting the north node, giving a sense of destiny and purpose to the start of this spiritual year.

Learning how to better handle, direct and balance willful and fiery energy might well be something we all need to learn.
Share

Stephen is an Esotoric Astrologer and has a keen interest in the Esoteric line through the Alice Bailey books. Stephen offers astrological readings - - contact him via his Facebook page.
Previous A Lion Called Christian
Next Systemic Family Constellations 2nd August 2015