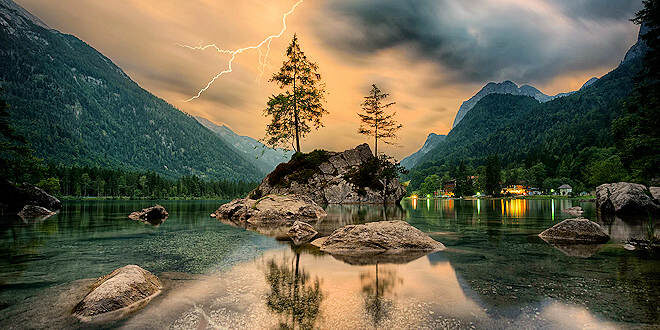 As we followed the election process in the USA, progressing through an uncertain interim to the eventual inauguration of a new president, we watched a nation’s people meeting the challenges of these times. They are the same challenges which we are all facing, in various forms and at all levels, in these chaotic times of transition towards a new era which will be based on new values and a new sense of human identity. A new human Being can already be seen emerging in the best and finest among us, those who rise above previous separative reactions to serve the good of the whole. This is the human Soul beginning to appear in the world. We are reminded that:

…The spirit of a nation always preordains the substance of the future. The karma of effects vibrates around each nation; therefore, while the people strive so much after the foundations of Truth, only the elect advance by its channel. The conception of Truth is distorted above everything. Hence, when We say Truth, We call to the mastery of subtle energies and to the Cosmic Magnet. One can determine each national vibration. The truest indicator is the thought of a nation. The evidenced striving gives the key to cognizance of it. Thus, the national spirit builds the steps.” Infinity II, sloca 327

Down through the ages, humankind has learned to bring order out of chaos

The steps toward a new order are built on the truth which the Soul perceives and knows. Down through the ages, humankind has learned to bring order out of chaos – as best we knew how at any point in the gradual unfolding of human realisation. However, until our sense of order embraces all dimensions of being, it is incomplete and distorted by whatever dimension rules human minds. For a long time the dimensions of the manifest world have dominated our understanding, so order has been understood in terms of material possessions, with power held by the wealthiest.

…we approach the time when the dimension of the Soul…will hold sway.

The subtle dimension has begun to open up as the internet creates a virtual world where information and misinformation create differing versions of “reality” by subtly influencing through a targeted narrowing of choices. To see clearly through the confusing fog of conflicting “truths,” we lift our point of perception to a larger view, to perceive with the heart. Thus we approach the time when the dimension of the Soul, attuned to the Spirit of the Earth, will hold sway. Then we will know and implement the true order of things, one in which the One Life we share is served through every manifest and subtle part of its expression.

This is the oneness…the magnetic light that resides in the human heart.

Until a majority are sensitive to soul-being, our systems of ordering and organising our interrelationships will continue to adjust as we stumble towards that “perfect union” we deeply sense is possible and ultimately inevitable. This is the oneness that the Soul experiences and is the magnetic light that resides in the human heart. We see the qualities of the Soul shining here and there as more hearts open to let that inner light shine in service to the world.

Soul qualities have been those identified as feminine throughout the ages: a capacity to express love, to relate to others, to show compassion, to share, to sacrifice, to assume responsibility for other lives and for the greater good. An evolutionary goal for the Aquarian age will be the embodiment of what is now called the mother principle at a higher turn of the spiral. It will become an aspiration for all evolving souls.

When the mother principle is embodied by many, the Mother of the World will take her place

An embodiment is a form that represents and expresses something that is greater and more eternal than itself. When the mother principle is embodied by many, the Mother of the World will take her place in the true order that pervades our Earth and the Cosmos. She transmits this underlying order through her very substance, that same substance which comprises our bodies of manifestation: physical, feeling, mental, spiritual. The substance of her Presence reverberates with and transmits the order expressed through the relationships of our planet with other heavenly bodies. It manifests in the rhythm of day and night and the seasons as the moon orbits the Earth and the Earth revolves on its axis as it orbits the Sun.

Through the agency of the Mother of the World, the underlying order of the Cosmos manifests

Through the agency of the Mother of the World, the underlying order of the Cosmos manifests in the human urge to bring order to daily living. This sense of order, manifest in repeatable patterns of living activity, inspires forward planning based on the expected order of things and so addresses the anticipated needs of livelihood, and expresses in purposeful relationship with one another, with creation and the Cosmos.

A backward view can only cause us to stumble blindly and painfully. Looking ahead we see Life pulsing through the rhythm of the generations, breathing souls into embodiments and then withdrawing and so creating the cycles of life and death – all according to the spiritual intention of the One in Whom we live and move and have our being. Purpose, intention and plan are made manifest through order, pattern and the rhythmic pulse of life throughout its intended expression. As agents of Life we manifest that intention through the power of thought. We are told that:

…Every evolving thinker must transmit his understanding of Truth while on Earth. If he does not apply Truth in life, man is not worthy of being called a thinker. Thought is life, and life is moved by thought…” Supermundane Sloca 97

By thinking in the heart, we can convey the Truth underlying the unfolding expression of the Life we share with the Cosmos.

…why does your heart not whisper to you wherein lies the truth? In every action is comprised an energy identical in substance with the energy of Cosmos. Every atom moves in accordance with exact calculation, and energy gathers from each convulsion of spirit. … Cosmic Justice is aware of the design of evolution, and the plan is executed in accordance with the design of one and the same law of the Fire of the Mother of the World…” Infinity I, sloca 49

…stand in the eye of the storm as the soul-Presence on the bedrock of Truth.

To rise through the turbulence of these changing times requires us to stand in the eye of the storm as the soul-Presence on the bedrock of Truth. More and more are rising through the outer fog to join us there where the inner Spirit shines and we hear the Mother’s assurance of a new order of discipline. As the Tibetan Master explained:

Have you ever thought, my brother, that just as there is a discipline of pain and of sorrow, there may also be a discipline of joy and of achievement? This is a thought worthy of attention. Men need these days to learn this new truth, and its perception will greatly change human consciousness. That which is bliss is today here or on its way, and the disciples and aspirants of this present time must be taught how to recognise and implement it.” Discipleship in the New Age II, page 671

“Affairs are now soul size” as the poet, Christopher Fry, wrote in his famous poem, A Sleep of Prisoners:

The human heart can go the lengths of God…
Dark and cold we may be, but this
Is no winter now. The frozen misery
Of centuries breaks, cracks, begins to move;
The thunder is the thunder of the floes,
The thaw, the flood, the upstart Spring.

Thank God our time is now when wrong
Comes up to face us everywhere,
Never to leave us till we take
The longest stride of soul we ever took.

Affairs are now soul size.
The enterprise
Is exploration into God.
Where are you making for? It takes
So many thousand years to wake,
But will you wake for pity’s sake!

Tags Bedrock of Truth eye of the storm Soul presence

Hi, I'm one of a group of authors and editors for the Sydney Goodwill website.
Previous Mr. Rogers Greatest Advice EVER – Inspirational Speech
Next Global Silent Minute’s Cosmic Compass: Humanity recalibrates its compass to the Cosmic Magnet 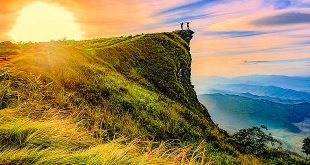 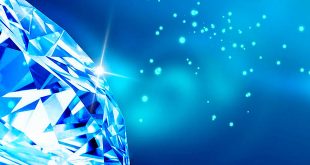 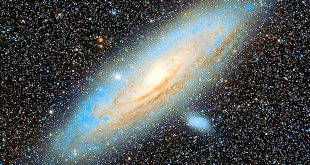