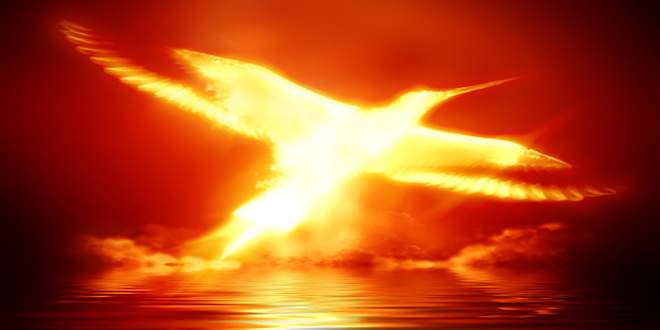 Gemini full moon – Rising up through the ashes of the old

As we move into the full moon during the Sun’s movement through Gemini, we come to the climax of the spiritual season, the festival of the Christ. There is a succession of energy movement which starts in Aries, gathers blessing and illumination in Taurus and is dispersed to waiting humanity in Gemini through the Christ.

One look at the chart for the full moon and you can see Gemini very much involved. As we know, Gemini represents the twins. A more in depth look at this would probably allow us to understand the difference in one’s lower and higher self or the duality that lies within us. Gemini’s higher mantram is I RECOGNISE MY OTHER SELF AND IN THE WANING OF THAT SELF, I GROW AND GLOW, thus highlighting both that we have a higher and lower self and the duality that exists within us.

Void between our lower and higher natures
This chart is split into basically 2 sections, suggesting the power and influence of Gemini at the moment, especially throughout humanity. I believe that we are probably as aware as ever of the void that exists between our lower and higher natures, or if awareness is not there consciously, the pressure to understand at some level will be. Only through being aware of the gap, can we seek to close it, as painful as that awareness is to our senses. We can expect this to be especially acute before and around the time of the full moon.

Expect to be busy
This chart looks busy. There are many aspects and the energy is interwoven in complex strands. Expect things to be busy, expect many things to be on the go, albeit without the same intensity as it was with the grand cross in April. Nonetheless, Mars has stopped retro-grading and has moved back into position to form a t-square with the seemingly ever present square with Uranus and Pluto. So we again have Mars, Uranus and Pluto seeking new change and charging forward, without having Jupiter involved this time as it has moved on a bit.

Ideas manifesting through action
We should start to see the fruition of ideas that were picked up or thought out during the last few months. Gemini is an air sign so it is mental in nature, yet it does rule the arms and hands in relation to the physical body. This could mean that new ideas which can help humanity and ourselves should be beginning to find their way into physical manifestation through action.

Think a little before we communicate
Mercury, like Saturn, Neptune and Pluto is retro-grading, so communication could suffer a bit. This could actually be a blessing considering the abundance of Gemini energy about and mercury moving from Cancer back into Gemini. It might give us a chance to go back over some idea or thought we might have missed or allow us to think a little before we communicate an idea,which is a good thing with the Mars, Pluto and Uranus t-square around.

Expect Jupiter’s wisdom to play out in multiple areas
Jupiter again sits prominently, conjuncting the mid heaven at the top of the chart. It is also squaring both the nodes, stirring up both our sense of where we have come from, where we are going and how this will balance itself out since the nodes are in Libra. Jupiter is forming a nice grand trine with both Saturn and Chiron, so expect its wisdom to play itself out in service work, responsibilities and the healing of past issues and old wounds.

An eighth house influence – rising up through the ashes


Humanity looks deep within and tries to rise up through the ashes of a world experiencing monumental growth.

The ascendant and therefore ruler of this chart is again Scorpio. This is further strengthened as the Sun, at the time of the full moon is in the 8th house, traditionally ruled by Scorpio. Expect an 8th house influence at this time, which again suggests deep focus, transformation, death of old forms and the valley experience as Humanity as a whole looks deep within and tries to rise up through the ashes of a world experiencing monumental growth. With the Gemini influence, sharing and communicating what we are bringing to the surface will only help strengthen our bonds as we move forward into new territory for everyone.
Share

Stephen is an Esotoric Astrologer and has a keen interest in the Esoteric line through the Alice Bailey books. Stephen offers astrological readings - - contact him via his Facebook page.
Previous Join the Vigil on World Invocation Day 2014
Next The true Spiritual Sun hidden by a disc of Golden Light