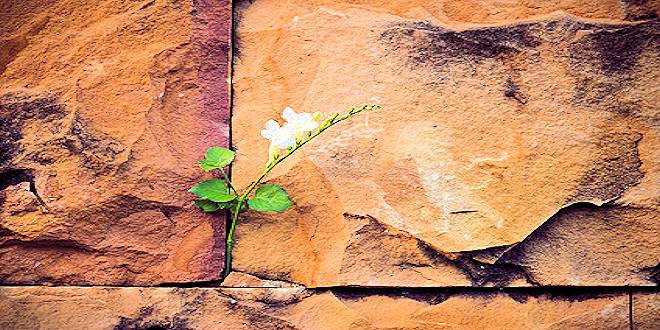 The Gentle Flower of Hope

How essential is light in the operation of our modern world! As night falls the street lights appear and then the lights of homes, businesses, cinemas, hospitals, cars, trains, aircraft and all the elements that contribute to the constant rhythm and movement of life in the material realm. Together they create a great glowing radiance and at night we can see a distant town or city by the glowing aura that spreads in all directions around it. And this is only its physical manifestation! It is the resulting effect of inspiration, thought, invention and creation that pours in from the subtle planes of initiating causes, from points of light whose radiance has spread out through the dimensions, been interpreted, stepped down and concretised into material reflections of the more subtle and pervasive realms of initiatory impulses.

And just as the physical lights spread their aura of luminescence so each point of presence, each identity, radiates its own sphere of influence while experiencing the impact of all others around. They overlap, merge and flow in a web of varying degrees of light, of constant outflow and response – waves and currents in the mighty ocean of Life. Our radiatory awareness carries its light outwards. The broader and deeper that awareness the more extended our radiatory field, the more it embraces in loving understanding, and the more it opens to the pure radiance of the Enlightened Ones who are ready always to guide and love and beautify through the subtle realms.

We are graced with glimpses of this through those who live and move within that inner radiance. The Master Jesus demonstrated the over-lighting presence of the Christ over 2,000 years ago and the radiance of that impact has illuminated millions around the world who have been immersed in its love and quiet, inner power. Likewise the aura of the Buddha’s loving understanding pervades, meets and blends with that of all the great avatars who have made appearance and who have spread light through the ocean of consciousness in which the soul of humanity dwells.

…we begin to realise that we all share the same light and radiance of the human soul.

To imagine, in this context, that we are isolated and thoroughly separate might seem incomprehensible and yet much truth and beauty is cut off and locked behind false ideas and ignorance. We may be both the gaoler and the prisoner. We have the power to free and be freed. When we free our conscious focus from the prison of the little self-identity (created as we put up barriers of self-images behind which we might think to hide our imagined imperfections), we begin to realise that we all share the same light and radiance of the human soul. From outside the prison, the walls are quite transparent and we see through to the little motives and limited view of those who keep themselves locked inside. All is seen, all is known, and still all is understood and loved because everything is within a larger context of unfolding light, gradually dispelling and dissolving the barriers created before we realized who we really are – barriers constructed of mental substance and motivated by emotional attachments which lack the all-embracing understanding of the heart.

The God manifesting through us calls to the God within. The beginning of this journey through illusion is indicated in the Bible:

…they heard the voice of the Lord God walking in the garden in the cool of the day: and Adam and his wife hid themselves from the presence of the Lord God amongst the trees of the garden.”
Then later: “…the Lord God said, Behold, the man is become as one of us, to know good and evil: and now, lest he put forth his hand, and take also of the tree of life, and eat, and live for ever: Therefore the Lord God sent him forth from the garden of Eden, to till the ground from whence he was taken. So he drove out the man; and he placed at the east of the garden of Eden Cherubims, and a flaming sword which turned every way, to keep the way of the tree of life.”Genesis 3: 8, 22-24

We have now come full circle and an Ancient Scripture tells us of the times we are entering:

When the sun progresses into the mansion of the serving man, the way of life takes the place of the way of work. Then the tree of life grows until its branches shelter all the sons of men. The building of the Temple and the carrying of the stones cease. The growing trees are seen; the buildings disappear. Let the sun pass into its appointed place, and in this day and generation attend ye to the roots of growth.”A Treatise on White Magic, page 426

It is the heart which opens the prison doors – doors of the little prison of the personality, of the larger prison of cultural constraints and limited ideologies, and of the greater prison of form in all its varied patterns and structures. It is the heart, the soul, which is the essential Self and which inhabits the essential realm of reality. All else will change and pass away but the heart, reflecting the greater Heart of which it is made, endures and expands until it embraces all and knows itself to be the One Heart at the centre of all.

The lines between the illusion of the material world and the realisation of the world of the heart are being clearly drawn as we watch events around the globe.

The lines between the illusion of the material world and the realisation of the world of the heart are being clearly drawn as we watch events around the globe. What we see may test our own realisation of what is true and real, of what is the way of the heart’s path. Yet what is being forged in the pressure of these fiery events is a newer, truer understanding in human consciousness – given shape out of the substance of our own hearts, minds and sensitivity. We might ache to see how often the naïve and innocent are entranced by those who operate with cruel force and criminal means – inspiring fear, and along with it, a desperate desire to quash that fear by any means however base.

Powerful forces, desiring material power and control, create phantoms to stimulate that fear (or impose those to which they themselves have succumbed) and so reduce the radiance of the loving heart that reaches for a more expansive, more complete and true understanding of the driving forces at work. The accelerating rate of growth and change challenges the consciousness whose focus is locked on to the material surface world of forms which, mirage-like, appear to be separated by time and space.

Yet amidst the fray the human heart is beating strongly and beautifully as so many put their life on the line and in many instances suffer and die in order to bring aid and to serve a wider, truer perspective. Lobby groups comprising millions of souls pressure governments and corporations to moderate their policies and practices; inspired leaders speak out and their voices are heard; “ordinary” people are realising their extraordinary power and are sounding an invocative demand for a more caring approach to others and to the world which sustains us all.

Mist blinds the worldly eye, but the one
who can observe the realities of life also
beholds the flow of events.
Our Gates, once conquered, lead toward untold wealth.
Each golden beam of sunlight is a shield against
the lunar light reflected onto Earth.
Between the paths of sun and moon must one choose.
The sun fills the day with miracles.
The moon begets fleeting phantoms.
Walk in the sunlight, open-eyed, and your day will
become a wondrous fairy tale.”Leaves of Morya’s Garden, 157

The inflowing energies of the moment are stirring up many and confusing things – as at the turning of tides where there is a chaos of currents. As the old world is breaking up and the new era is emerging it is as though there are two trajectories speeding along different paths – one moving at an increasing rate into a newer and finer, lighter future world and another spiralling downwards into relative darkness, pulled down by either fearful or nostalgic clinging to what is becoming clearly no longer viable or real. The speed of the downward trajectory appears to increase, by reaction, at the same rate as the upward intended movement. The more accelerated the upward trajectory, the more accelerated the downward spiral into complete dissolution.

In the midst of chaos and war the gentle flower of hope is growing and spreading its fragrance, drawing us all into communion with the heart of humanity where the Christ stands at the centre.

Let us serve that beautiful upward curve as it rises in our hearts and in the greater Whole in which we live and move and have our being. In the midst of chaos and war the gentle flower of hope is growing and spreading its fragrance, drawing us all into communion with the heart of humanity where the Christ stands at the centre.

Communion, like fragrance spreads far. If it is beautiful, the quality of broad dispersion is a blessed one. Let space be saturated with the best thoughts; many of them will join harmonious radiations. Though not all can absorb the full expression of thoughts, yet the beneficent substance formed by them will be a healing one. One should offer gratitude to the unknown Senders, who impregnate space with beneficial substance. Thoughts manifested in lofty communion are as a spring in the midst of a desert. Pursuing the direction of such springs one may find the Brotherhood.”Brotherhood, 556

As we breathe in the fragrance of heart-communion, we are uplifted by the radiance of Love. Some flowers of encouragement from Rumi’s garden:

“There is a morning inside you waiting to burst open into Light.”

“All religions, all this singing, one song. The differences are just illusion and vanity. The sun’s light looks a little different on this wall than it does on that wall, and a lot different on this other one, but it’s still one light.”

“Become the sky. Take an axe to the prison wall. Escape.”

“Work in the invisible world at least as hard as you do in the visible.”

Hi, I'm one of a group of authors and editors for the Sydney Goodwill website.
Previous World Invocation Day – Sunday 22nd May 2016
Next Gemini Sun Sagittarius Full Moon