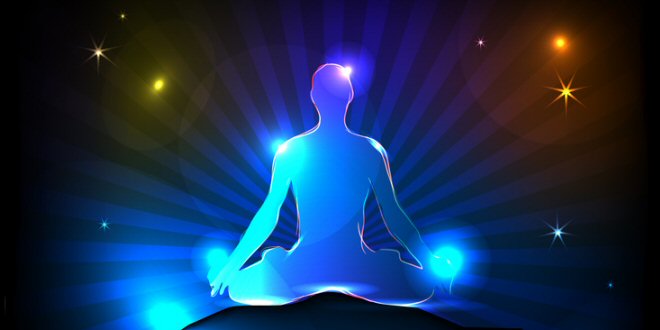 Our Souls have sight of that immortal sea

And at the heart of every moment there is the Presence of eternal truth.

In our multifaceted world there are many different ways of seeing any one situation. Each perspective is influenced by a history of associations and values that may stretch back through untold lifetimes of family, ethnicity, culture and language. And at the heart of every moment there is the Presence of eternal truth. In the surface world of physical plane life the truth may be sought by assembling various accounts, of participants and witnesses, into some coherent idea. Similarly have navigators taken their position relative to star systems or other comparatively fixed points of reference and by triangulation established, from one moment to the next, their place and direction. Everyone, every point, has a unique view and also the potential, in concert with others, to apprehend the enduring reality that underlies all outer seeming. The view from the inner side of life is more complete, in both space and time, so that the dynamics moving up through the past can be seen as they produce the current momentary event and as they create the subsequent future.

The truth has ever been and will be. The apprehension of it has ever been possible and our mechanism of perception is constantly developing through experience and is embracing more and more in the compass of its awareness and understanding until we realise our true self and know ourselves to be at-one with the One. The ancient Yoga Sutras of Patanjali still (and for another thousand years or more) provide hints and a vision of this great unfolding:

…Every form carries in itself the evidence of the previous cycles…
…Every object is but the symbol of a reality.  The difference in the development of the forms which symbolize or embody that reality is the guarantee that at some future date all the symbols will achieve the fruition of their mission.  A symbol is an embodied idea, the working out in objective existence of some life.  This is the consciousness aspect and two great revelations are latent in every symbol or form.

This symbolic aspect of forms is true of all, and whether the symbol is the atom of substance, the mineral, or a tree, an animal or the “form of the Son of God” the jewel of the first aspect will be found hidden.  It will make its presence known through the quality of consciousness in one or other of its many states.

…As the yogi one-pointedly concentrates on the form, or object, meditates on its quality (the subjective aspect or symbolic nature), and contemplates the life veiled by the form but testified to by the factor of consciousness, he becomes aware of the present stage of development, and thus the future, past and present, stand revealed to his intuition.”  The Light of the Soul, page 265-267

Along the way we leave behind the limited views of the past which are constantly replaced by a broader perspective incorporating more of the totality of the greater whole unfolding through our conscious awareness. Nothing is “lost” but all is constantly re-defined, re-proportioned and valued within an ever widening and deepening scope.

…From the angle of the personal self, regarding itself as the Dweller on the Threshold, the attitude or state of mind has been inadequately portrayed as one of complete obliteration in the light of the soul…  This is true to a certain degree, but is only—in the last analysis—man’s attempt to put into words the transmuting and the transfiguring effect of [enlightenment], which cannot be done …Infinitely more difficult is the attempt I am here making to depict the attitude and the reactions of the soul, the one self, the Master in the heart, as it recognises the stupendous fact of its own essential liberation and realises once and for all, that it is now incapable of responding in any way to lower vibrations of the three worlds, as transmitted to the soul by its instrument of contact, the personality form.  That form is now incapable of transmission.
…The second reaction of the soul, once this realisation has been focussed and admitted, is that—having achieved freedom—that freedom now conveys its own demands: 1) for a life of service in the three worlds, so familiar and now so completely transcended. 2) an overshadowing sense of outgoing love towards those who are, as yet, seeking liberation.”  Esoteric Healing, page 515-516

The so called worldly battle is an illusion created from a partial view within the limitations of a surface perspective. We are already, each and every one, triumphant victors. We have but to grow in the realisation that our essence, our true self, is and has ever been present within the changing outer shape-shift of personas. Just as the ocean is ever present though the shifting sands of its shores move unconsciously to its constant beat.

…the Light of the Soul throws no shadows.

As the true Self emerges into expression so will our living become more subtle, true and inter-responsive. In current times we find words convey various meanings depending on the reader or listener but when true beings turn to one another all is known for the Light of the Soul throws no shadows. In a recent communication from the Lucis Trust the following paragraphs speak to the future:

“The meaning of language – indeed of a single word – is constantly expanding to embrace the growing diversity of human knowledge and experience. The word field for example, has always been able to evoke peaceful images of green pasture land and the familiar sights and sounds of the countryside; but in this scientific age, it may equally lead the imagination into an electromagnetic or quantum field – a world of invisible forces where mysterious sub-atomic particles pop in and out of existence. Two completely different worlds of imagery, qualities and feelings are evoked by the expanded meaning and evocative power of a single word.”

… In the works of Alice A. Bailey, and other pioneering thinkers, words are arranged in a specific manner to form a geometry of power that resonates in the mind of the reader. Ordinary words convey a deeper perspective, for behind them lie the living qualities that are seeking entrance into human consciousness. In this context, the meaning of a word such as Peace, for example, is transfigured into a point of wilful tension in the head and heart that swings all three divine aspects, will, love and intelligence into a simultaneous activity in line with the will of God. At present this may be no more than an interesting concept, but one day the idea lying behind such a word will be as clearly understood and experienced as a field of grass beneath our feet is today.”

Much current focus in the world is about bringing hidden truths to light. Secrets, hidden surveillance, spying, vested interests and exploitation are being brought out into the light of day by brave souls through their sacrificial efforts. Often we hear of those who after past suffering are now re-directing their responsive energy towards alleviating the suffering of others similarly affected. There are many serving in this way. Perhaps one of the best known is Malala Yousafzai, the Pakistani schoolgirl who was shot by the Taliban for attending classes. In an address to youth at the UN she said, “Let us pick up our books and our pens. They are our most powerful weapons. One teacher, one book, one pen, can change the world” Such world servers are bringing to light the need to address the causes of human suffering whether due to ignorance, negligence or neglect.

The demands for transparency in government and the assumption of shared responsibility in the direction of a nation are reflections of the inner Light in which humanity’s true being dwells. Slowly but surely it is dawning in our world. And we realise that this is done together and as One – each freely participating as souls liberated from the hold of selfish demands and expectations associated with superficial or false appearances. The real, underlying need is gradually being noticed, understood and addressed and at the heart is the need arising from the soul impulse to express in the world. Feeding, housing and healing the peoples of the world is sorely needed but will not, alone, refine, enrich and progress human culture. But freeing the soul to express will resolve the past and open a future beyond ordinary imagining. When we meet one another simply as souls unqualified by institutionalised ideology something magical flows through and uplifts the world, transforms our living and transfigures us all. The Tibetan Master reminds a disciple:

Your major need …is freedom, is liberation. I do not mean freedom from incarnation or liberation from the pressures of life, but the freedom which the sannyasin knows as he roams free in the three worlds—unsupervised or unintruded upon by aught but his own soul. It is the freedom which gives mental help, emotional response and physical time as and when the disciple chooses. These are not evoked by habit or by the demand of others, but are the free contribution of the soul to a current need. Your response is not always to need, is it, my brother?”  Discipleship in the New Age II, page 758

All is known to the inner eye which sees every thought, emotional response and act as their colour spreads, rippling out through the one great current of our humanity as it flows through the ocean of our planetary Life.

“Hence in a season of calm weather,
Though inland far we be,
Our Souls have sight of that immortal sea
Which brought us hither,
Can in a moment travel thither,
And see the Children sport upon the shore,
And hear the mighty waters rolling evermore.”
From: Ode on Intimations of Immortality by William Wordsworth
Share

Hi, I'm one of a group of authors and editors for the Sydney Goodwill website.
Previous What Radiates from the Heart of God?
Next The Path Into Infinity