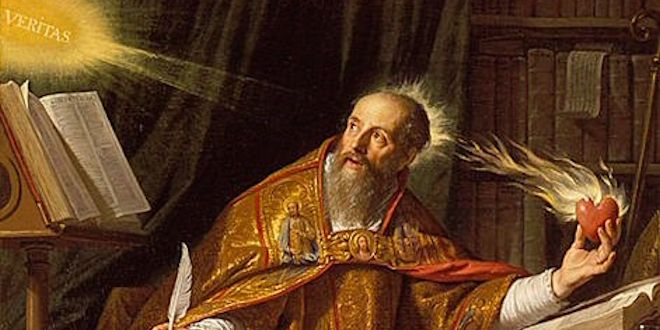 What Radiates from the Heart of God?

Television programmes such as Rise of the Continents; Wonders of the Universe; and First Life give focus to the great movements that manifest the planet as we know it – that nurturing sphere in which all the natural kingdoms can flourish, interact, learn and grow in understanding of each other and of the purpose of this great Being in Whom we live and move. And at this point in time there seems to be an intensification of this interaction, even an urgency.

Our world seems to be passing through a turbulence and a co-mingling of its diverse elements as a great diaspora of the natural kingdoms embraces the globe with the mining and export of minerals; the export and exchange of plants and seeds; the collection and transport of animals into farms and sanctuaries; and travel by human tourists seeking new vistas and refugees looking for safe haven. We are on the verge of new beginnings unlike any before. A commentary on the I Ching offers this wisdom concerning the hexagram called Difficulty at the Beginning (Hexagram 3, Chun):

Clouds and thunder are represented by definite decorative lines; this means that in the chaos of difficulty at the beginning, order is already implicit. So too the superior man has to arrange and organize the inchoate profusion of such times of beginning, just as one sorts out silk threads from a knotted tangle and binds them into skeins. In order to find one’s place in the infinity of being, one must be able both to separate and to unite”

We are on our way to a point of dynamic balance which we might call Synthesis – a synthesis of the common essence of life through its many manifestations. Initial clashes and disorientation are creating opportunities to deepen understanding and widen knowledge. Differences clarify and amaze while similarities meld and bond us at point of Heart. Both our variety and sameness demands and expands our sensitive awareness of the multitude of variation permeated with the oneness of the Life we share.

We are riding through the coming together of many streams, churning, clashing and roiling through the rapids of conflict, change and re-direction along the path of the great river of our shared living as it flows towards the mighty ocean of Life – there to be drawn up by the sun, the Soul, and redistributed to bring the water of Life to all. Every cyclic raining and distribution renders our living more refined, more subtle and more closely aligned with all-embracing divine Will.

“This is an age of culminations. Such culminations appear today in the field of religion as well as in the field of science and politics. All the great lines of human approach to reality and to truth are passing out of the realm of the tangible and exoteric, into that of the intangible and esoteric. Science is rapidly becoming the science of the unseen and of the unprovable; religion has emerged from the realm of the mystical… and must now emphasise the reality of the unseen as the efficient cause of the seen; politics and governments are engaged with processes of thought and ideologies.” [The Externalisation of the Hierarchy, 285]

Our times present a topsy-turvy world where inspiring initiative and destructive reaction can rise up together. Past limitations are seen in all their stark restriction while new visions of the future flower everywhere. The “door where evil dwells” is more clearly seen and more readily closed than ever before. We are told that this door …

…is kept open by humanity through its selfish desire, its hatreds and its separateness, by its greed and its racial and national barriers, its low personal ambitions and its love of power and cruelty. As goodwill and light stream forth into the minds and hearts of men, these evil qualities and these directed energies which keep the door of evil open will give place to a longing for right human relations, to a determination to create a better and more peaceful world and to a worldwide expression of the will-to-good. As these qualities supersede the old and undesirable ones, the door where evil dwells will symbolically slowly close through the sheer weight of public opinion and through right human desire. Nothing can possibly stop it.” [Discipleship in the New Age II 173-4]

And we are reassured that:

…the trend of human living and thought is turning steadily towards the subjective spiritual values, even if these values are interpreted in terms of material well-being at present and of better living conditions for all—with peace and security also for all.” [The Externalisation of the Hierarchy 689]

Inspiration pours into the world through millions of initiatives of goodwill and of compassionate love for our planet and all its kingdoms in nature. One example, beautiful in its simplicity, is The Extra Guest – Food for All, project in which ethical dining venues advocate a donation, for an “extra guest”, which is directed to food distribution projects. [See: www.theextraguest.com] Many community projects focus on the environment or the care and healing of animals such as Freedom Hill Sanctuary which provides “a loving home to neglected or unwanted farm animals”. [See: http://www.freedomhill.com.au/]. Some initiatives are more global in outreach, distributing compassionate aid or serving in person those in deepest need in these turbulent times. And our capacity to share has been materially augmented by the world-wide-web.

Yet what is it that urges us to appreciate all that inhabits our world, and inspires our compassionate response? What inner subtle power is bringing about such momentous change in our feeling, thinking and acting?

What radiates from the Heart of God (the One in Whom we live and move)?

We might ask “What radiates from the Heart of God (the One in Whom we live and move) that is becoming so potently effective in guiding its agents in the human kingdom towards sainthood or soul-hood?” We are told of the light and love constantly radiating from the planetary Heart centre and of the purpose pouring out from the centre where the Will of God is known and from where the intention of the One in Whom we live directs the forces of the Life we share. The energies that drive true progress and dispel all retrogressive and evil tendencies emanate from those great Centres yet:

The retrogressive forces on the other hand “recognise no restrictions or ordinary decent, human limitations”. We will dispel them as we learn – each and together – to look forward and become the future we intend rather than allowing the past to destroy us, as did Lot’s wife when she looked back. For

…evil…might be defined simply as adherence to that which we should have outgrown, the grasping of that which we should have left behind. Evil is, for the bulk of us, simply and solely an effort to identify ourselves with the form life when we have a capacity for soul consciousness; and righteousness is the steady turning of the thought and life towards the soul, leading to those activities which are spiritual and harmless and helpful. This sense of evil and this reaction to good is again latent in the relationship between the two halves of man’s nature—the spiritual and the strictly human.” [Bethlehem to Calvary page 203]

We are told that in the Centre where the Will of God is known: “The Great Lives there move entirely free from glamour; Their vision is one of extreme simplicity; They are concerned only with the great and simple duality of spirit and matter, and not with the many forms which the fusion of these two brings into being.

The domination of spirit (and its reflection, soul) by matter is what constitutes evil and this is true whether the statement is applied to the development of the individual or of the group. The ‘Lights which carry out the will of God’ move free from the spell of evil. The Light in which They move safeguards Them, and Their Own innate and inherent radiance repels evil… They are part of a great observing Group which ‘moves forward in time and space’”

In this moment of time in our world, we are living through the tumultuous meeting of two Ages, of a past and a vastly different future, between the outgoing breath into the material world and the incoming breath into the spiritual domains. The material tides pull strongly yet the strength to stand as a bridge is quietly there if we stand within the dynamic silence of the interlude between the great breaths – the point of equilibrium or the hub of the wheel from where “true perspective and indicated action can be seen correctly”.

We are told that such:

interludes are… the growing times; they are essentially the ‘epochs for storage’… those interludes in the initiate’s life of service wherein he withdraws all his forces into a ‘well of silence’ – a well, full of the water of life… As he inhales the life of the [Spiritual] Hierarchy, and increasingly that of the [Spirit] … and as he exhales the living essence into the ‘world of serving lives,’ he becomes steadily more and more dependent upon the ‘interludes’ wherein both these phases of activity cease and he becomes immersed in Being and in Consciousness—the intrinsic parts of the animating Whole. I use this phrase ‘animating Whole’ advisedly to indicate that the points of interlude are not related to form life at all, but to the life of Life itself.” [Discipleship in the New Age Vol II, 453]

In neither pain nor joy is liberation found.
In neither dark nor light will the spiritual sun appear.
The pairs of opposites distract the eyes of men.
Only the single eye directs the steps
Of the initiate upon the Way.”

Hi, I'm one of a group of authors and editors for the Sydney Goodwill website.
Previous The Spirit of Peace and Equilibrium
Next Intimations of Immortality