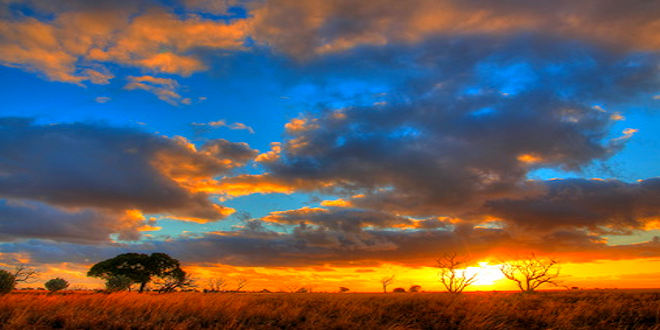 Merging with the Light of the Rising Sun

Amidst the dire events roiling around our world and reported so dramatically in both mainstream and social media, we also find millions of acts of the heart, tiny jewels twinkling like starry beacons guiding us through the burgeoning chaos to the calm of a promised land. These shining gems reveal heart-touching events wherein love and compassion are demonstrated – sometimes in the midst of desperate circumstances and sometimes simply and beautifully expressing the deep bonds of loving understanding. We might take heart in the myriad of these instances such as the friendship between war-wounded children in a refugee camp, the uplifting performance of a child prodigy, the self-sacrificing care of aid-workers after a disaster, dedicated initiatives to conserve our planet’s ecology, inspired artistic creations to invoke our soul, or activists giving voice to issues of need and pressing for their solution.

…despite the surface appearance of outer events, hearts continue to beat in resonance

Observing these acts of the heart we may find our own hearts warm, expand and uplift as though touched by some half-remembered harmony that transports one into finer, gentler realms. Often, however, our attention is ensnared by the pressure and stress of “modern” living. This was so well illustrated by the renowned violinist, Joshua Bell, when, as a busker at a busy railway station, he played one of the most intricate compositions on an instrument worth millions of dollars – and only a couple from the hastening crowd ever paused to listen. [click here for the video] Yet, despite the surface appearance of outer events, hearts continue to beat in resonance and have only to be touched by just the right note or beat to remember the inner symphony playing just a heartbeat away.

…we might bring together all the parts of the one shining Heart through which the New Era of enlightened living can be born.

If we watch for the many instances where hearts shine in the world we might begin to see a whole new realm of light appearing as an array of beacons through the fog of fear-generated miasmas. This world of light is growing in power and presence. The darker the fog seems to be, the more brightly do the beacons shine. We are told that the time of the Mother of the World is approaching. Down the ages myths and legends have carried Her inspiration to us so that we might search out all that nurtures the greater Life unfolding. And just as Isis synthesised the scattered fragments of her consort to conceive a rightful heir, we might bring together all the parts of the one shining Heart through which the New Era of enlightened living can be born.

I rejoice to see how the lightning flashes of foresight regarding the people’s welfare sparkle amidst your thoughts. These thoughts have to be launched into space. If you could daily spare half an hour for the future! Verily, the bonfire of your thoughts would receive Our welcome.
Let the things of everyday life vanish, but let the country of the future be embodied in thought. And what cleanses the spirit more thoroughly than the thoughts about the welfare of others? And what tempers the armour of steadfastness better than the wish to lead others to Light? And what weaves a better smile than a desire to see the very last child laughing? I urge you to think thus about the future, to place daily a pearl into the necklace of the Mother of the World. And so, concisely and simply think how to adorn the Hearth of the World.
There should be no comparison with the past, for a wrinkle of the past is usually a nest of errors. One can sail past alien shores; one has only to admire the world of light bestowed upon all that lives. Light is the best bridge between the visible and the Invisible.
When one can think about the future not by the evening fire but in the radiance of the sun, then the dew drops of prana illumine the thinking brow.” Leaves of Morya’s Garden II, 301

At the heart of everything is a tiny jewel of immense promise and power.

At the heart of everything is a tiny jewel of immense promise and power. From the dancing lights in the nucleus of the tiniest atom to the mighty central Sun of our solar system, this vivid point of dynamic light drives everything into expression according to the underlying, divine blueprint. And what is most significant in this process is not size, distance or quantity but the intensity of the light radiating from that centre and the harmony it creates according to how well it resonates with the sparks at the centre of all else. We might experience this potent central spark as a deep knowing unrelated to any external information to hand or as the instant response that arises in a sudden emergency before thought intervenes. It inspires the instinctual response of animals, the growing force of plants and the alchemical processes of minerals. In a commentary on the Yoga Sutras of Patanjali we read:

Behind all forms is found the one Life; within every atom (solar, planetary, human and elemental) is found the one sentient existence; back of objective nature, the sum total of all forms in all the kingdoms of nature is found the subjective reality which is essentially a unified whole or unity, producing the diversified many. The homogeneous is the cause of the heterogeneous, unity produces diversity, the One is responsible for the many. This the student can appreciate more intelligently if he follows the golden rule which reveals the mystery of creation and studies himself. The microcosm reveals the nature of the macrocosm.” The Light of the Soul, page 386-7

From this perspective a whole new world opens up

From this perspective a whole new world opens up – one that was previously hidden by misleading interpretations based on appearances and a sense of identity centred on the forms we inhabit which are really only the temporary dwellings for our true eternal being. Imprisoned within such a limiting sense of self we can become cocooned away from each other. Yet, all the while, the pupa is gestating towards its freedom flight to heights where a vaster sense of being is realised and a greater depth of vision unfolds. We can so readily judge by outer seeming and yet there is so much more that we might learn from one another. A recently published book, that, on the basis of new archaeological and DNA discoveries, places the Original Australians as possibly the first Homo Sapiens, reveals a depth of spiritual understanding intrinsic to the Original people of Australia and which has been missed by Western civilisation in its acquisitive focus on outer form and the rationalisations of the concrete mind.

The Dreaming’s genesis is a time before time began when the earth was soft. In this eternity dwell the Creation Spirits who gave form to the unformed reality. But the Original understanding of chronology is not that of naïve Western science, and the Dreaming is not a period of formation that is now over but one that is infinite. Indeed, one term for the Dreaming, Alcheringa, has been translated as – to see things eternal. It is obvious that in trying to come to grips with the ineffable, words can only get us so far. However, to some extent we can say that the Dreamtime is a place, a time, and a vision; one which is all places and all times; a dimension of reality which creates and sustains, and provides purpose and meaning… In contrast to [the West’s history of war, conquest and exploitation] the Dreaming has been able to maintain its integrity because Indigenous Australian society is not moulded by these exploitative, violent, acquisitive aims and therefore has no motivation to distort the truth. Untainted by the separatist consciousness of “Modern Man” the Original Australians realize that to betray the Dreaming is to betray themselves. To rent the truth is to rent their own flesh. To destroy the land is to do violence to one’s self and repress one’s finer nature… When one really lives in the spirit, eternally, and sees it in the land and all things, then there is no chance of becoming disconnected from it and truth and morality – for at base all of these are one.” From the Introduction to Out of Australia by Steven and Evan Strong

Yet we do not always see what may be plainly before us.

The Greater Reality has always been and there have always been its Knowers. Yet we do not always see what may be plainly before us. The veils behind which it appears to hide are of our own making, woven from the fabric of our limited sense of identity. The Tibetan Master explains:

The veils are … in the nature of opposing forces and energies which act as inhibitory factors to the aspirant as he seeks to make progress, and to the entire human family as it moves onward upon the Path of Evolution. They are not basically related to consciousness at all, for in the majority of cases these veils ‘lie on the earthward side of being and not upon the side of light’; they are essentially physical forces, and although they are the result of man’s own effort and activity down the ages, they are largely unrealised, unseen obstacles to his progress. They constitute the lowest concentration of forces precipitated from levels of activity other and higher than the physical, as you understand physical substance. If one might use a phrase which, even if true, is misleading, they lie between the subtle inner man, mental and astral, and his physical brain. They are that which prevents brain registration of the world of causes and of meaning. This inner world can be emotional or mental in its focus and in its force precipitation on to the etheric plane. It can be the fused result of personality integration and be a combination of energies; or it can be dominated by the effects of soul energy. These, if evoked, can penetrate … and drive out or break down and through the separating veiling forces, thus producing coordination eventually between soul and brain… These veils are as curtains over the windows of vision. They prevent realisation of that which lies beyond the room or area of average or mediocre experience, and they prevent the light from penetrating.” The Rays and the Initiations, page 195

So let us lift the veil of the Mother of the World that we may know the Heart of the World in the radiance of Her smile – uplifting us and drawing all together in dynamic harmony.

Now at Easter we celebrate Light pouring in when Christ rent the veil of death “in twain from the top to the bottom”. And so gave us a living demonstration of what He had earlier affirmed as the potential in us all:

I am the resurrection, and the life: he that believeth in me, though he were dead, yet shall he live: And whosoever liveth and believeth in me shall never die.” John 11:25

The illusion of death cannot extinguish the radiant Soul which shines ever more brightly among the shadows, as do the stars against the dark of the night sky, then, with the dawn, become merged in the Light of the rising Sun.

Hi, I'm one of a group of authors and editors for the Sydney Goodwill website.
Previous The Mindful Classroom
Next Gratitude: The Short Film by Louie Schwartzberg

Removing the Seeds of Enmity

Peace Will Come Again On Earth

In Trailing Clouds of Glory

Keynote: I COME FORTH AND FROM THE PLANE OF MIND, I RULE