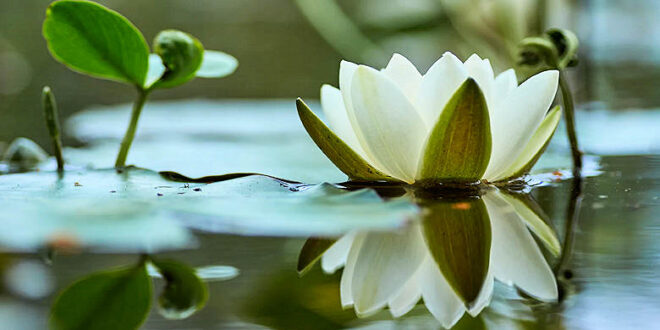 The New Shoots of Goodness Will Flower

When the birth of a new child draws near, most parents experience a sense of expectancy and also of vulnerability for, although the birth process may be anticipated with joy, it also carries risks to the life of both mother and baby. And yet, out of love and the power of the natural order of things, human beings sacrifice certainty and enter into this miraculous co-creative effort constantly and intentionally. They understand and follow the unfolding stages and the time required to bring gestation to full term.

…we are finding that the human family is bringing to birth…the first shoots of a new civilisation.

By corollary, as the global health crisis unfolds and the familiar order of things breaks down under urgent new priorities, we are finding that the human family is bringing to birth a new dimension of community and communion, the first shoots of a new civilisation. We are both midwife and mother, creating something new, fresh and more pure out of the substance of our material means, emotional expectations, anticipatory thoughts and the growing presence of the human soul.

…the human soul, has the capacity to create a new era

For millennia many have anticipated this great global event through which we are now living. Prophecies have pointed to this time as being like no other in the long history of our world. And yet, while still in the powerful grip of familiar patterns, the burgeoning presence of a new world may at first seem barely noticeable. However, we cannot long ignore the inexorable power of a greater Life moving through the outer events. Its purpose seems not so much to destroy us as to lift us out of a downward spiral of selfishly separate living and draw us upwards into the birth of our essentially divine nature. This divine nature, the human soul, has the capacity to create a new era, a new generation of human beings identified as souls, fragments of the One Soul of our world embodied in our beautiful blue planet.

Many initiatives … are springing up from the seeds of this new era.

Many initiatives – small and great, visionary and practical – are springing up from the seeds of this new era. In one small but visionary initiative, a local artist met with children from the bushfire ravaged area of Towamba in South Eastern Australia to help them respond creatively to their new reality – and the seeds of the Firefly Project were sown. They created group paintings inspired by the new forest growth whose epicormic buds, sprouting from blackened tree trunks, affirmed renewal was underway. Cards of the paintings are sent out with their life-affirming inspiration.

On a larger scale an initiative by the One Humanity Institute is unfolding across international boundaries and is working to build the City of Hope near Auschwitz and so transcend past horror with an ongoing affirmation of our true oneness with one another and all life. You can read more about this powerfully visionary project at this link: https://www.kosmosjournal.org/kj_article/one-humanity-institute/

When the heart is inspired to love, lift and create anew, we can sense the continuity of the Life of our world flowing through the seeds from the flowering of passing generations to regenerate in soil transformed and repurposed for a new and more beautiful future. Each new generation of seeds carries the divinely intended evolutionary refinement. And, as human consciousness evolves, it is nourished by subtler and more light-filled substance. There is no place for the heavy shadows cast by fear or selfishness in this new enlightened dimension of being. Those shadows are left behind as illusion dissolves, the human kingdom comes into its own and the “prodigal son” returns to the Father, leaving behind all but the wisdom gained from its descent into denser dimensions to anchor the evolutionary promise.

Our inspiration, thoughts, feelings and actions have impact

This reflects into the individual scale as the cycles of life move us onward from birth, through childhood and into adulthood. And, as we grow and learn, we increase our capacity to both influence and be influenced by other lives as the strands of the greater context weave through us. How we act is according to our intention – our will – and actions reap responses under the great Law of Cause and Effect. Our inspiration, thoughts, feelings and actions have impact and they generate response because of the deep interconnection of all things within the One great Life that flows through all dimensions of being. Every impact reverberates through the universal fabric of the Cosmos and rebounds in circulatory movement.

The cycles of time are initiated as we exercise our free will. Every act reaps response and a rhythmic flow of exchange (of action and response) is set in motion. Whether this is initiated by our receptivity to an inspiration, the formulation of a thought, the stirring of our feeling nature or a physical action, we are constantly weaving strands of cyclic, rhythmic actions and reactions that generate our sense of time. When we are quiet and isolated (or quarantined!) time runs slowly; when we are busily engaged in the to and fro of modern life time seems to speed up. And yet, at the point of our eternal being, stillness reigns and all is present in an eternal moment. Then time, as we experience it in the external world, does not exist.

…through the various eras the seeds of each generation carry the flowering of the next.

As we move through the greater cycles of life, death and rebirth, we reflect the same cyclic flow of life progressing in and out of form on larger scales as civilisations rise and fall and are reborn in wiser mode as enlightenment proceeds. And through the various eras the seeds of each generation carry the flowering of the next. The universal order underlies the many expressions of it. The Tibetan master describes the experience between one incarnation and another for an individual (a microcosmic reflection of the macrocosmic process):

…taking the average man, what are his first reactions and activities after the restitution of the physical body to the universal reservoir of substance? Let me enumerate some of these reactions:
1. He becomes consciously aware of himself. This involves a clarity of perception unknown to the average man whilst in physical incarnation.
2. Time (being the succession of events as registered by the physical brain) is now non-existent as we understand the term, and—as the man turns his attention to his more clearly defined emotional self—there ensues invariably a moment of direct soul contact. This is due to the fact that even in the case of the most ignorant and undeveloped man, the moment of complete restitution does not pass unnoticed by the soul. It has a definite soul effect, something like a long and strong pull at a bell rope… For a brief second the soul responds, and the nature of the response is such that the man … sees the experience of the past incarnation spread before him like a map. He records a sense of timelessness.
3. As a result of the recognition of these experiences, the man isolates those three which were the three major conditioning factors in the life which has gone and which also hold the keys to his future incarnation which he will next initiate. All else is forgotten, and all the lesser experiences fade out of his memory, leaving nothing in his consciousness but what are esoterically called “the three seeds or germs of the future”. Esoteric Healing, page 491-2

…the new shoots of goodness…will grow to full flower in the new world.

Knowing that the universe reflects through our individual lives, let us open to the new era with compassion for what is passing and joy in the new shoots of goodness, truth and beauty that will grow to full flower in the new world.
“Is it possible to think that the rags of antiquated thought can be worn in the New World? One must understand that the gift of the New World will be brought to those gates that have been opened to it. Truly, the New World wishes to bestow a beautiful garment. But humanity must approach to receive the fabric woven by the labor of the Mother of the World!” Agni Yoga, 82

Hi, I'm one of a group of authors and editors for the Sydney Goodwill website.
Previous The Journey Continues – Chapter 13
Next Taurus Sun – Scorpio Full Moon – The Wesak festival