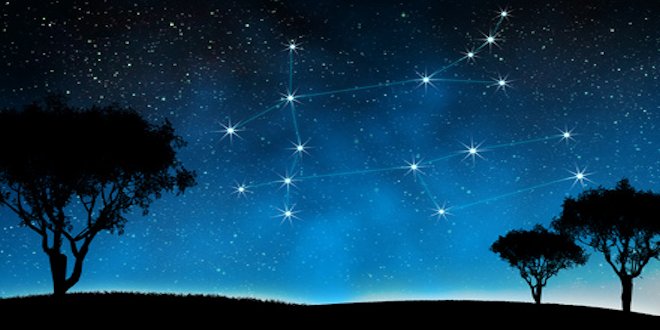 Sun in Gemini – Moon in Sagittarius 2015

Share
With much mental influence abounding and also with a Mercury retrograde, we could spend time weeding out our mental garden, looking for the influences of negative thoughts that keep our lower self alive and charged

From the view of the Earth, the Sun is currently moving through the constellation of Gemini. In so doing, we feel the effects of the constellation as it pours energy through the life force of our Solar system, our star, the Sun. When we are born, we look to the position of the Sun to determine what our Sun or star sign is, thus helping to determine our point of identification and influence in this life.

Whichever constellation is behind the Sun when you are born, is what conditions your point of identification. In essence it defines you, but that is not to say that is all you are. We are multi-dimensional beings, living in a universe with multi- dimensional and unexplainable happenings.  The Sun influence is not all there is, there are many other planets and energies that influence us on a personal level and on greater group and Human levels. The Moon as we know effects our emotions, we could say that Mercury influences our thoughts and ideas, Venus our values and what we love.

In essence, we look to the Sun’s influence for what we can achieve and be in this life, both the lowest and the highest part of ourselves. So what does this mean for Humanity as the Sun travels seemingly through the constellation of Gemini?

Gemini is mutable air. It is ruled by Mercury on the traditional level, Venus on the Esoteric and interestingly Earth on the highest Hierarchical level. Gemini loves fact and communication, talking and spreading messages and ideas. Mercury is called the Messenger of the Gods, so its influence cannot be denied.

The mutability gives Gemini the ability to adapt with lightning speed, to create pathways for the communications needed for the world to interact. So normally you would say this would be a great time for this, yet before and after this Full moon period Mercury is retrograde so this might not flow as well as it could. With Mercury retrograde, perhaps looking at ideas already in place and going back over them and seeing if something was missed, whether something could be done better would be more conducive than charging ahead. This would use the mutable air in all its positive influences.

I recognise my other self and in the waning of that self,
I grow and glow”

To think about Gemini, you cannot go past the fact of the symbolism is of two twins. If we explore further, what does it mean to have two? One could speculate that it represents duality, the twins being two sides of a nature. This would be true for all the mutable signs – Pisces and the two fishes, Virgo with the Mother and the child, and Sagittarius with the Man and the horse. Perhaps best though is to look to the higher Mantra of this sign “I recognise my other self and in the waning of that self, I grow and glow”. In essence we are recognising that we have two sides to ourselves, just like there is spirit and matter, and as we recognise one of those selves it wanes, allowing the higher part of ourselves to grow and glow.

Perhaps at this time of year, with much mental influence abounding and also with a Mercury retrograde, we could spend time weeding out our mental garden, looking for the influences of negative thoughts that keep our lower self alive and charged. This would then be consistent with the higher influences of this time, where at the time of the Gemini full moon it is known as The Christ’s festival, and also World Invocation day. If Gemini is involved in communication, then the power and effect of invocating would be very potent at this time, suggesting also that any higher forces or energies would be equally or more potent, and as such it is a good time for positive messages and ideas to be shared. Being open to positive impression whilst in meditation and in quiet reflective times would also be beneficial.

A look over this chart suggests a strong chart. There is a lot of planets in mutable signs so it suggests that we will be and need to be open to change, and ready to adapt. In saying that there is a T-square between these planets that are in Pisces, Gemini and Sagittarius, so whenever there is a T-square, challenge will abound. Yet without challenge and tension, where would we be? If we look through history all the greatest custodians of Human spirit, achievement and those who made a difference to our lives never had it easy, so obstacles could be looked at in a positive light. Being mutable means the adaptation needed will exist, yet there could be the impulse to give up, if the going gets tough. Mutability can get lost in itself, especially if something is tough, so flexibility without complete immersion is recommended.

This chart looks quite dynamic. The chart is a true chart from the point of view of the houses, at the time of the full moon. This means every house is ruled by its traditional ruler. What this means is that all of the cardinal signs are on the angles, Ascendant, Descendant, IC and Midheaven. This usually means a strong dynamic chart, with a more intense energy lending itself to change and the propulsion of something new. To further support this is the fact that Uranus in Aries is sitting conjunct the Ascendant and Pluto in Capricorn is conjunct the Midheaven.

The quest for the new, and the tearing down of old structures will continue

These two powerhouses are still continuing their square, this time near the 1st and 10th houses. How this will play out, one is not quite sure, but with this full moon being in Gemini, I am sure we will hear about it, it certainly won’t be hidden. The quest for the new, the tearing down of the old structures will continue.

During this full moon, the moon itself is in Sagittarius. This is a fire moon, so emotions are heightened. It is sitting in the 8th house, so deep emotional searching could unfold within the full moon period. The moon is well supported with trines to both the south node in Aries and Jupiter in Leo. With a strong mental focus with the Gemini, harnessing the emotions can really allow ideas to be set forth, with strong vision and emotional energetic backing to get them out there in the world. Making this more difficult though, is a Neptune square to the moon. Neptune is in Pisces, so this could add real sensitivity to spirit, but also a sense of loss to it if you allow it.

Ruling this chart at the time of the full moon, in all of its fiery brilliance is Aries, giving the chart a strong fire/air influence. As we know, fire needs oxygen to burn, yet too much without a solid flame will blow it out. The balance needs to be right. The esoteric rule of Aries is Mercury, the Hierarchal ruler is Uranus, which is basically conjunct the ascendant. What does this mean? Mercury, as both the traditional ruler of Gemini and as the esoteric ruler of Aries, is a major influence at this time. It has been interesting that recently NASA gave out a lot of information that it had in regards to Mercury as it seeks to understand the tiny little planet that is closest to the Sun. If Mercury is the Messenger of the Gods, then what message are we needing to hear? How will it come, and will we be open to it?

I like to think of Mercury as a little ball of light, whizzing around the sun in 88 days, sending forth the sun’s energy to the recesses of our solar system, touching us all.

Stephen is an Esotoric Astrologer and has a keen interest in the Esoteric line through the Alice Bailey books. Stephen offers astrological readings - - contact him via his Facebook page.
Previous The Nature of Light
Next How whales change climate