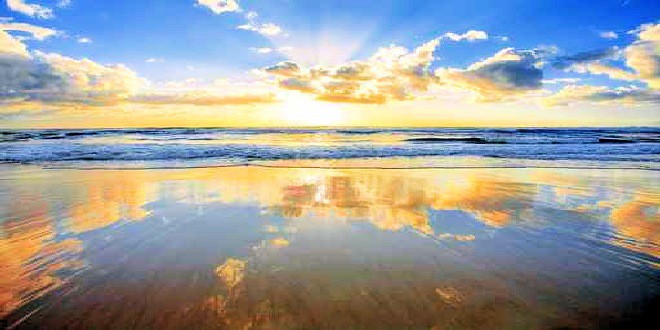 Towards a New Era of the Heart

Since the 1960’s we’ve seen reflected in presentations and publications a sense of great change at fundamental levels – much deeper perhaps than our immediate attention might discern. Our daily living seems to follow much the same pattern as it always has and yet as each new generation enters the stream of human consciousness and as each new scientific and technological discovery is revealed something fresh and entirely new is changing our perspective of the world and hence changing how it is in our new reality and how we operate within it.

While the outer world seems to become vaster and louder, the inner worlds are also becoming more vibrantly real.

Values have shifted; barriers have dissolved, moved or become clearly intolerable as we see within an increasingly greater context of life and causal relationships. This expanding scope certainly takes us further into the material universe but it also takes us to the point where material living is blurred and eclipsed in the experience of subtle being and extended sentiency. While the outer world seems to become vaster and louder, the inner worlds are also becoming more vibrantly real to us.

Both the material world of past habitual perception and thought, and the intangible world of light we are newly entering, are being revealed as dimensions in the One Life expression. Throughout this synthesised Life, energy takes form in varying modes and grades of subtlety depending on our capacity to apprehend it in its simultaneous presence in all dimensions – interpenetrating and pervasively accessible all at once.

We can readily shift our view from an individual-centric one, locked in the time / space continuum, to a more fluid and pervasive sense of being.

We are so habituated to thinking in terms of material space and time that we can be blinded by their pattern of continuity and chronology – a horizontal trajectory translating what is complete and present into an unfolding apprehension and realisation of it. Yet we can readily shift our view from an individual-centric one, locked in the time / space continuum, to a more fluid and pervasive sense of being.

When we sail on the good ship, Memory, we can move backwards and forwards through time and space, bringing together events out of their separating sequence to reveal new meaning and significance and perhaps identifying the constant presence of themes expressing in a variety of ways. Or when aboard the dream-ship of Sleep we may live other lifetimes or be restored to our true self in the space of but a moment as recorded in this outer world where time has been slowed and substance made heavy with gravity. On waking we cannot deny that we have been restored, made whole again. As Shakespeare described through the character of Macbeth:

Also breaking time sequence we find new inspiration and thought registering simultaneously around the world in the consciousness of any number of individuals attuned to the same receptive point. Time and space are not the medium required here so much as a readiness to apprehend what is eternally present and accessible were we more sensitively receptive.

This new kind of receptivity does not rely so much on the logical deduction of the concrete mind processing “known facts”, as on its complete stillness

This new kind of receptivity does not rely so much on the logical deduction of the concrete mind processing “known facts”, as on its complete stillness – like a mirror in which something completely new may be reflected, perceived and apprehended. Only then can “known facts” be reviewed in the light of this new understanding. We are so accustomed to the operation of the concrete mind that it can automatically trigger thought movement and hence weave barriers to new inspiration without our realising it has done so.

We are told that life and movement are synonymous…but while the individual mind moves too vigorously, erratically and reactively (with its own little agenda, expectations and attachments) the greater Life cannot clearly express through it. The “little self” then inhibits the expression of the greater life and impedes the planned unfoldment of the “One in Whom we live and move and have our being”. This conflict between the greater and lesser intentions may be experienced as pain, disappointment or sorrow. The Tibetan Master explains the necessity of non-attachment to known and previous attainments if we are to progress:

The major task of the Master in the early stages of training His disciple is to bring to an end the period of the disciple’s intense preoccupation with himself, with his service, with his reaction to the Master or the promise of future contact with the Master, with his own ideas anent discipleship and his personal interpretations of truth. The Master takes a group of people with fixed ideas (which they are entirely sure are correct, being the best and highest they have been able to grasp to date) and with the conviction that they have reached a point where they have registered certain spiritual values and concepts, where they have evolved their own formulations of truth and where they are eagerly demanding the next step. The first thing, therefore, which He has to do is (using a strong and perhaps a strange phrase) to blast them wide open, give them a deep sense of insecurity as to the formulas and symbols of the lower concrete mind and so prepare them for the reception of newer and higher approaches to truth. This is frequently brought about by forcing them to question all the conclusions of the past.” Discipleship in the New Age I, page 708

There is a new consciousness emerging even as the old consciousness tries to extend and tighten its grip over human minds. This new consciousness is reflective of the whole of life and the deeper causal currents of thought that flow through it. It registers the pulse of the empathetic heart – constantly beating to the rhythmic tides of the universe and of our world within it. Immediate reactive action is replaced by searching investigation into cause, significance and meaning leading to understanding and resulting in those solutions that bring us into line with the larger community and ecology of our world. The new era of the Heart is slowly but surely emerging and building on the achievements of the passing age in which the fully developed concrete mind was the goal towards which we strove.

What was once called death is becoming seen as a transition into fuller, subtler life and light.

The heart guides us to the “heart of the matter” and to the motivating impulse that drives the dynamic of our living. We discover that, at this primal point, differences seem to transform into various shades and tones of the one life trajectory into space/time. The apparent barriers or veils between the dimensions also blur and fade and what was once called death is becoming seen as a transition into fuller, subtler life and light. Writing last century, the Tibetan Master foretold:

In the coming century, death and the will inevitably will be seen to have new meanings for humanity, and many of the old ideas will vanish.” The Rays and the Initiations, page 101

So we find this new consciousness unfolding from the chrysalis of the old – in each and every one of us; in every group and nation; and in every one of the natural kingdoms. We find animals forming surprising bonds across species while humans are developing an appreciative understanding of the animal and plant kingdoms and of our interdependence expressing creatively through our interaction – in ways that sustain the life we share, honour, contribute to and circulate.

The old consciousness is crystallising through its very desire for material power and control and its consequent exploitation of the planet and its kingdoms.

The old consciousness is crystallising through its very desire for material power and control and its consequent exploitation of the planet and its kingdoms. With its hierarchy of authority based on ambition, competition and violence it fails to recognise and respect the integral value of everyone and everything in our world. And so this passing dynamic is approaching its point of failure. The majority of material wealth is being accumulated by a relatively decreasing “wealthy elite”. This results in a growing proportion of people, animals and habitats, reduced by poverty and displacement, which by the very weight its majority is energising a new way forward and opening the way for a new consciousness to express through the heart.

And so the heart of humanity is beginning to express and to reflect the Heart of the world. Thus the future is assured.

As existing institutions fail, human creativity is unfolding from a new life impulse inspiring solutions that redefine the tenets of the past. Debt is being redefined and managed more humanely (in some cases cancelled altogether); as material aid is increasingly needed so more humanitarian agencies emerge to address the need and offer alternatives; science is revealing the subtle nature of matter and demonstrating that “light and substance are synonymous” or “all matter is frozen light” as David Bohm put it (quoted in the latest World Goodwill Newsletter); small scale sustainable alternatives for energy are being deployed around the world and replacing large scale business sources. We are realising that ultimately no one “owns” the planet’s resources but that everyone has the responsibility to manage them wisely for the sustenance of all. And so the heart of humanity is beginning to express and to reflect the Heart of the world. Thus the future is assured.

Hi, I'm one of a group of authors and editors for the Sydney Goodwill website.
Previous Pisces full moon 2015
Next GRATITUDE by Louie Schwartzberg