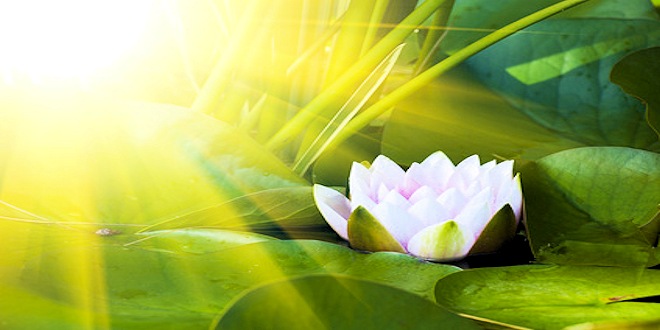 Unfolding the Petals of the Heart

it is often the apparently “ordinary” people who are unfolding the petals of the human heart.

Observing some of the most admired men and women on the world stage, one might easily feel that one is of less consequence and influence – insignificant even. Yet it is often the apparently “ordinary” people who are unfolding the petals of the human heart. Examples abound and are multiplying around the globe: a parent loses a beloved child in tragic circumstances then finds a way to support others of similar experience, or raises awareness of the need of those suffering loss, or identifies ways of preventing such tragedies in the future. Their hearts are broken and yet are opened to a wider care. In another instance a researcher, working quietly and unremarked behind the scenes, stumbles upon a way of healing an illness causing major concern. Perhaps a struggling poet finds the words that evoke the Soul’s beauty. And so out of suffering, struggle and obscurity the human heart brings through the revelation of underlying beauty, truth and wholeness that is ever present awaiting the one who is ready to see, whose heart has become attuned to the deeper pulse that holds us all in its life-sustaining rhythm. Through the experience of the heart we find that:

…love brings all earthly karma to an end. Love induces that radiation which invokes and evokes not only the heart of God but the heart of humanity also. Love is the cause of all creation and the sustaining factor in all living.” Discipleship in the New Age, Vol II, page 541

The Kingdom of Souls needs only the magnetic power of our realisation to be drawn near – as the Tibetan Master explains:

…all that IS is ever present. What we are concerned with is the constant awakening to that which eternally IS, and to what is ever present in the environment but of which the subject is unaware, owing to short-sightedness. The aim must be to overcome the undue concentration upon the foreground of daily life which characterises most people, the intense preoccupation with the interior states or moods of the lower self which characterises the spiritually minded people…and the imperviousness or lack of sensitivity which characterises the mass of men. The Kingdom of God is present on Earth today and forever has been, but only a few…are aware of its signs and manifestations. The world of subtle phenomena…is ever with us and can be seen and contacted and proved as a field for experiment and experience and activity if the mechanism of perception is developed as it surely can be.
…The world of energies, with its streams of directed force and its centres of concentrated light is likewise present, and the eye of the see-er can see it, just as the eye of the mental clairvoyant can see the geometrical pattern which thoughts assume upon the mental plane, or as the lower psychic can contact the glamours, the illusions and delusions of the astral world. The subjective realm is vitally more real than is the objective, once it is entered and known. It is simply…a question of the acceptance, first of all, of its existence, the development of a mechanism of contact, the cultivation of the ability to use this mechanism at will, and then inspired interpretation.” Telepathy and the Etheric Vehicle, page 53-4

This great individuality is called by Christians the Christ who embodied the love which is the motivating power for the progress of Earth.

Much has been predicted, written and spoken about a World Teacher, knowing Him under such names as the Lord Maitreya, the Imam Mahdi, and the Messiah. This great individuality is called by Christians the Christ who embodied the love which is the motivating power for the progress of Earth. His return or “second coming” has been looked for these past millennia. Yet He assured those present when He ascended that he was not leaving them. Looking more deeply we learn that:

There is a great initiation spoken of in The New Testament to which we have given the name of the Ascension. Of it we know nothing. Only a few items of information are brought to us in the Gospel story; the fact of the mountain top, of attendant watchers, and of the words of Christ, assuring them that He was not leaving them. Then a cloud received Him out of their sight. (Acts I.9.) There were none present who could go further with Him. Their consciousness could not penetrate to the place where He had chosen to go; they even misinterpreted His words and only in a vague and mystical sense has humanity ever understood His disappearance, or the significance of His persistent but unobserved Presence. The watchers were assured by two of the Knowers of God Who were also present that He would come again in like manner. He ascended. The cloud received Him; today the clouds which cover our planet are waiting to reveal Him.” The Reappearance of the Christ, page 54

When does expectancy become a realisation that something is actually in process and that, very possibly, it has been progressing for some time – and we just haven’t realised it yet? Has expectation become an unconscious habit delaying that realisation? Perhaps we have been focussing on other things; perhaps not expanding our perceptive sensitivity sufficiently to apprehend it; perhaps we’ve only been looking within the limitations of past or passing structures of thinking, their theories, word-forms and processes. And all the while the Teachings, that many revere, have been pointing us to what is clear to the pure of heart.

Urusvati knows that most people are unable to attain the attitude of alert expectation. The Great Pilgrim taught how to wait without thinking, so that the whole being would be permeated with expectation. With such an attitude, expectation will not be limited by thought. Man knows well enough what he is striving for, and with what his consciousness is joined. Through this awareness the Great Pilgrim maintained His adamantine will… He knew how difficult it is to give people a new consciousness directly through the heart, without intellectual reasoning. Intellectual reasoning can make things seem logical, but the heart knows that people do not easily relinquish their antiquated concepts…
The deeds of Truth cannot be measured in earthly terms…” Supermundane I, 173

We are approaching a point in the human story – the planetary story – when the flow between the visible and the previously invisible realms is strengthening and the two halves of our living are coming together – in the heart.

There is a constant magnetic pull that holds everything in that essential relationship through which Life flows. We are approaching a point in the human story – the planetary story – when the flow between the visible and the previously invisible realms is strengthening and the two halves of our living are coming together – in the heart. Here is the meeting point between that which is fine and subtle, and that which is still refining. Here is a flow-through and a transference of those energies that can uplift and expand the conscious bridge between.

The sensitive heart is the magnet that responds to the radiance of that Love which flows constantly (if unrealised) through all – unqualified, unconditional and without imposing on our free will as souls and agents-in-the-making for the divine intention. Knowing this, how can we be distracted by the seeming “reality” of the material world?

…some people insist that life on Earth should be, quite simply, earthly. What, precisely, do they suppose earthly existence to be? Such people have no interest in Supermundane concepts, and care only for the mean and paltry life that they have established by constantly demeaning all higher concepts. They do not realize that there is no such thing as ‘earthly.’ Everything belongs to the Cosmos, every stone is part of the Universe…
…The Thinker said, ‘We should not belittle life by limiting ourselves to Earth alone. Three worlds are given to us, but we must earn our right to each one. We become attached to the perishable Earth and forget that we can partake of life everlasting!
‘Let us not be deluded into limiting ourselves to the sense of touch. We are given other senses that we should utilize for total perception. But do we know these senses? The Supermundane has its own expressions. Indeed, we are rich in the treasures bestowed upon us.’” Supermundane I, 203.

Let us attune to the song of the heart and discern, through its eyes, the glory of the greater Life that holds us in its eternal embrace.

Thou hast made me endless, such is thy pleasure. This frail

vessel thou emptiest again and again, and fillest it ever with fresh life.

This little flute of a reed thou hast carried over hills and dales,

and hast breathed through it melodies eternally new.

Thy infinite gifts come to me only on these very small hands of mine.

Hi, I'm one of a group of authors and editors for the Sydney Goodwill website.
Previous Esoteric Psychology
Next Gemini Sun – Sagittarius Full Moon #2