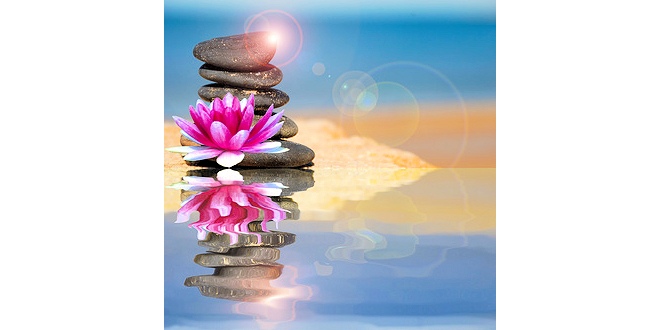 Share
Gemini itself is ruled by Ray 2, that which is said to rule Love and wisdom and which also rules both our Sun and the entire Solar system. Ray 2 learns through love, expressed through wise application. If we look at the attributes of Gemini and see them playing out through a loving and wise expression, we can hope that whatever we are faced with, is seen and understood through that expression and that it brings us closer to divine understanding.

As we enter the second full moon for the period of Gemini this year, we begin a period of mourning for the people who were killed or injured in the Orlando shootings. In another senseless act, 100’s of people were shot at by a lone gunmen. It is being said that it is one of the worst mass shootings in America for a long time.

Whenever there is a tragedy like this, people often search for the reasons for the event, what lead someone to think this was ok, where does such hatred come from, will we ever be free of violence in our society, when and where will the next tragedy come from?

The answers to this are often too big to think of alone. One cannot intuit or make sense of all the happenings of the world, but I think most would agree that as humans, we all want to live in peace and we want the opportunity to live our lives free from fear. This is the same for everyone no matter our religion, our race, where we live or come from. At our core, we all desire to live free.

As we know, Gemini is involved with communication. It is ruled by Mercury on the traditional level. Mercury is known as the messenger of the Gods. If it is possible, what message can we possibly take out of the current state of the Earth and Humanity? What possible message can we take from the current political states of the different countries, from the current messages we receive most days about the state of the environment, the inequality of different countries, the sexes, and the treatment of animals?

There is many things to be said on all sides, but I think one thing that we cannot deny is it is time for change. We have been shown, urged and guided towards ways to improve, to share, to live a life more free of hatred and fear and one that encompasses all as one, as one life under the banner of Humanity. I do believe that it is no longer time to just talk, to think or to wait. All the impulses we have received are that the time of now is ready, we must be the good we want….

The esoteric ruler of Gemini is Venus. It is interesting to think of Venus at this level. As the traditional ruler of Taurus and Libra, it is said that it is known for its effect of beauty and sensuality. Venus is said to be the goddess of love. In Esoteric terms however, Venus is ruled by the 5th ray of concrete knowledge and science, which really does give it a different outlook. The 5th ray is very much related to the mind, as the mind sits on the 5th plane, or the mental plane. This gives Gemini another strong mental aspect, but one with much more love.

The Hierarchical ruler of Gemini is actually the Earth, which shows the closeness and the importance of this sign for all of beings living on the Earth at this time. On the highest level of its expression, Earth is its ruler. We cannot truly begin to understand it at this level, but we can see both the relation and the importance of it. Hence why, perhaps, many things of great importance will find expression during this second half of the sun’s progression through Gemini.

Gemini itself is ruled by Ray 2, that which is said to rule Love and wisdom and which also rules both our Sun and the entire Solar system. Ray 2 learns through love, expressed through wise application. If we look at the attributes of Gemini and see them playing out through a loving and wise expression, we can hope that whatever we are faced with, is seen and understood through that expression and that it brings us closer to divine understanding.

The chart has some major transits going on at the moment. The grand cross that lined up at the new moon between Jupiter, Neptune, Saturn and the moon is replaced at the time of the full moon between the same planets and Mercury instead of the moon. Mercury will keep it on a mind level but still it is a very powerful transit. Of the many things happening at the moment, one is obviously elections for some of the most influential western countries. Perhaps elections will be won and decided at this time, with Mercury carrying a message. Mercury is also ruled by the 4th ray of Harmony through conflict, so often events happen which bring a level of understanding but only through conflict. That conflict could be much easier for us of course, yet it we, Humanity, who collectively choose to learn through pain and sorrow. How long will we choose this method?…

Having Jupiter (vision and expansion), Neptune (spirit and absorption), Saturn (form and restriction) and Mercury (ideas and mind) all squaring, one sees there is a battle coming through of how best to interpret, put into form, understand and express what is coming through of our new world. Perhaps years’ from now, we will look back and think of the current time period as one where it was truly difficult as a whole, yet it really did give us a chance to move forward as one.

Mars started retrograding back into Scorpio which has stirred up many war like feelings and plunged us into the depths of deep inner search. It will continue this way until early August, when it then goes back into Sagittarius and then again leads us towards a greater spiritual vision. Expect some conflict over the coming 2 months.

Layering this chart from the position of the ascendant is Aquarius, giving another human feel to all of this chart. It is also another air sign, suggesting intelligence and rational intellect will be needed to sort through the events that are happening. Aquarius is ruled by ray 5 and as such, brings in new elements of technology with its expression. In a lot of ways, new technology is not necessarily progressing us, but just showing us ways that we can actually use our talents which we were not necessarily aware of.

Perhaps if we all use the talent that we possess, that is inside us waiting for expression, we will see our other self and in the waning of that other self, we will grow and glow.

Stephen is an Esotoric Astrologer and has a keen interest in the Esoteric line through the Alice Bailey books. Stephen offers astrological readings - - contact him via his Facebook page.
Previous Unfolding the Petals of the Heart
Next Triangles network of planetary light