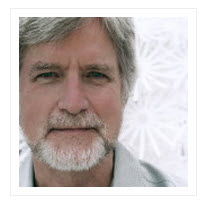 In the above 41-minute video,  William Meader shares ideas on what is esotericism.

About William Meader: An influential and respected teacher of The Esoteric Philosophy, William Meader has established an international reputation for his gift as a communicator of this philosophy. His extensive teaching program includes a diverse array of workshops and lectures devoted to nurturing a deeper understanding of the spiritual path, both from an individual and global perspective.

William Meader is currently visiting Australia and will be presenting the following talks in Sydney in February/March 2018:-

~ And the Nature of Thought ~ Believed to be the Slayer of the Real, the mind has historically been viewed as the adversary to the intuitive soul. Though it is true that many of the productions of the human mind have been destructive to spiritual living, it is also true that the mind is humanity’s greatest spiritual gift. The mind, when rightly used, has the power to liberate people, for it gives spiritual understanding to the circumstances of life.…

Every human being is destined to bring light into the world.  Indeed, the purpose of the soul is to creatively express its love and wisdom in support of humanity’s betterment.  It is to be a beacon of light in a darkened world and to let your light shine.  Yet to do this we must realize that deep within each of us is a lamp waiting to be lit.  When its light begins to flicker and glow, it indicates that an…

Hi, my name is Jana. I am one of the content editors and the website developer of the Sydney Goodwill website. I am a student of the AAB material.
Previous Anila Quayyum Agha: Intersections
Next Workshops on Animal Communication

Tool libraries — we are richer when we share | Lawrence Alvarez | TEDxMuskegon

This 58 minute video titled ” Shambhala. Nicholas Roerich and the Tibetan Buddhism by Guido …