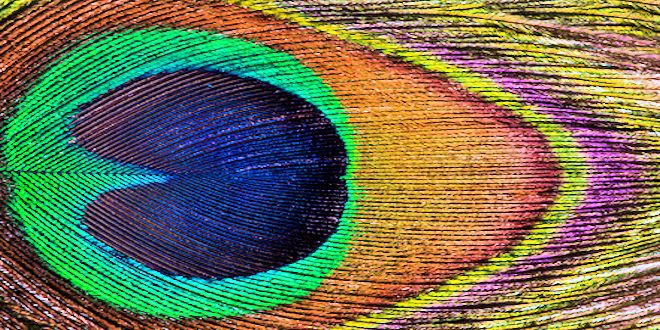 What patterns are we inspired to create?

If we look into the fabric of the world economic systems…we will discover a framework, woven out of human consciousness, in which we are learning about sharing

While we might often use the word, “sharing”, many interpretations can constellate around what it means in essence. It is an apparently simple concept yet it has generated a vast complexity of systems, values and priorities that its essential impulse (or spark) may have become lost in the surface phantasmagoria of materiality. We see reported the market value of “shares” but how are they created and defined? What are we really sharing and with whom or what? What varying contexts can (subtly or otherwise) change their scope, meaning, “ownership”, and relationship with essential reality? If we look into the fabric of the world economic systems – and see through the complex weave of material value exchange – we will discover a framework, woven out of human consciousness, in which we are learning about sharing – what it means and its significance for the Whole Life in which we live.

Every organism has a system for the circulation through the system of whatever Life force keeps it in manifestation. In the human body, this is the four chambered blood pump we call the heart. In our larger body, Humanity, the system that is supposed to circulate the energy which sustains us is called the economic system. …The principles which govern our four chambered blood pump and those which govern our economic system are very different. Our hearts work on the Cosmic Principles of the Common Good. Every part of the body is supplied with the life giving fluid because the body is a single unified field that works through cooperation and harmony. Any blockages in the supply of the life giving fluid to any part of the body can and frequently do result in cardiac arrest, or death. Our economic system …functions in reverse of this process. Because of the assumptions regarding reality or the “foundations” upon which it rests, it works on competition for the blood supply which we think of as natural resources and “money” or wealth.” Tom Carney – Thoughtline

“Money”, “finance”, and “business” are words that operate like mirages – adjusting their appearance depending on the nature of our connection with them at different points in time and space. Even so we tend to use these terms as though they described something essentially stable and based on common understanding and value. Whereas, in reality, they are fabrications of our current civilisation, useful working hypotheses to assist in its unfoldment. And, as the passing civilisation is slowly eclipsed by the immanence of the new, these hypotheses are fast approaching the boundaries of their limitations.

The idea of unrestrained expansion of any part within a system is something akin to cancer – which eventually kills its host unless contained with a new injection of life-sustaining treatment thus drawing the patient on to finer grades of health. A kind of transfusion or substitution of life giving plasma to replace the destructive materiality of the cancerous growth is needed. And, as this is recognised, a groundswell of sustainable solutions and modes of exchange is growing and replacing the acquisitive fabrications of a passing mode of thinking. It is spreading in a great human wave like a beneficent breeze through a field of wheat. It is planet-centred rather than individual-centred.

Everything in and on our planet is held in shared relationship through the attractive power of its magnetic core. Only man strives to reach beyond this primeval pull – perhaps because we sense a more extensive synthesis whose relationships play energetically through our world. It is this subtle sense which draws mankind into sharing vaster realms of life. And yet our constantly expanding awareness can be materialised and degraded into acquisitiveness without a paralleling extension of sensitivity into those infinitely subtle realms which sub-stand the physical world. The Tibetan explains:

We speak at times of an expanding universe; what we really mean is an expanding consciousness, for this etheric body of the Entity, Space, is the recipient of many types of informing and penetrating energies, and it is also the field for the intelligent activity of the indwelling Lives of the Universe, of the many constellations, of the distant stars, of our solar system, of the planets within the system, and of all that constitutes the sum total of these separated living forms. The factor which relates them is consciousness and nothing else, and the field of conscious awareness is created through the interplay of all living intelligent forms within the area of the etheric body of that great Life which we call SPACE.” Telepathy, page 179

As consciousness expands we become aware of a finer, infinitely more extensive reality where material appearances are simply the effects of causes deep within the Great Life whose beneficence we share. We are told that:

The subjective realm is vitally more real than is the objective, once it is entered and known

…the progressing disciple does not move into new fields or areas of awareness, like a steady marching forward from one plane to another … What must be grasped is that all that IS is ever present. What we are concerned with is the constant awakening to that which eternally IS, and to what is ever present in the environment but of which the subject is unaware, owing to short-sightedness. The aim must be to overcome the undue concentration upon the foreground of daily life which characterises most people, the intense preoccupation with the interior states or moods of the lower self which characterises the spiritually minded people and the aspirants, and the imperviousness or lack of sensitivity which characterises the mass of men. The Kingdom of God is present on Earth today and forever has been, but only a few, relatively speaking, are aware of its signs and manifestations. The world of subtle phenomena (called formless, because unlike the physical phenomena with which we are so familiar) is ever with us and can be seen and contacted and proved as a field for experiment and experience and activity if the mechanism of perception is developed as it surely can be. The sounds and sights of the heavenly world (as the mystics call it) are as clearly perceived by the higher initiate as are the sights and sounds of the physical plane as you contact it in your daily round of duties. The world of energies, with its streams of directed force and its centres of concentrated light is likewise present, and the eye of the see-er can see it, just as the eye of the mental clairvoyant can see the geometrical pattern which thoughts assume upon the mental plane, or as the lower psychic can contact the glamours, the illusions and delusions of the astral world. The subjective realm is vitally more real than is the objective, once it is entered and known. It is simply …a question of the acceptance, first of all, of its existence, the development of a mechanism of contact, the cultivation of the ability to use this mechanism at will, and then inspired interpretation.” Telepathy, pages 53-4

The Agni Yoga writings tell us:

Usually one of the main things that puzzle people is their inability to see the Subtle World with the physical eye. Naturally, it is because the eye is not yet able to master the transmutation of ether. Imagine taking a photo right up against the window of a room; you could never succeed in getting a clear image, whether of the objects inside or of the distant contours outside. Similarly, on going from a dark place into sunlight, we sometimes are blinded and struck by the force of the blue light. By intensifying these manifestations of light to an infinite degree, we obtain the light of the Subtle World, which appears as darkness to an unprepared eye.” Heart, sloca 106

Though not many people know the fires of the heart, these torches must provide light for all

Actually, the Invisible World is quite visible when the eye is unobstructed. You do not need mediumistic phenomena to sense the Light of the Highest World; indeed, you can ascend only to the Highest. That is why all the ruses of lower magic, relying as they do on force, pale in comparison with the first light of the heart. Though not many people know the fires of the heart, these torches must provide light for all.” Heart, sloca 20

As awareness expands so we weave new patterns of expression

If the world we share is far more than the surface view of it – what then are we who hold the keys to the unification of the worlds? We inhabit bodies comprised of (thus sharing and synthesising) the mineral, vegetable and animal kingdoms and yet we also have a broadening consciousness in which thought directs the weaving of the connecting threads so that Life is known and consciously shared. What distribution patterns are we inspired to create? How refined are our senses to the emanations of the universe? As awareness expands so we weave new patterns of expression, new connections between the material and the subtle, the part and the whole, the past and the future, time and timelessness. We are the essence of shared relationship. We are the living link through which the great synthesis of being shares its beneficence and thus expresses itself. We are a point where self-consciousness becomes the whole-consciousness of the greater Self, the One in Whom we live. And all is synthesised in the Heart – that point of sensitive receptivity through which “radiatory substitution” of the subtle life takes place.

So the heart, intensified by silence and full of energy like an electric generator, beats out the rhythm of the Universe

After all the demarcations have been made, we inevitably arrive at the synthesis of the heart. We need not mention that silence arises from an intermingling of all the sounds. So let us learn to correlate the heart with silence. But this silence will not be a void; it will saturate space with the synthesis of thought. Just as a heartfelt prayer has no need of words, a saturated silence has no need of formulas. An intensified silence requires creation of many strata of thought as well as many benevolent desires. So the heart, intensified by silence and full of energy like an electric generator, beats out the rhythm of the Universe, and personal desires are transformed into the all-guiding Universal Will. That is how cooperation with the distant worlds develops.” Heart, sloca 68

Hi, I'm one of a group of authors and editors for the Sydney Goodwill website.
Previous Capricorn Full Moon
Next Aquarius Full Moon