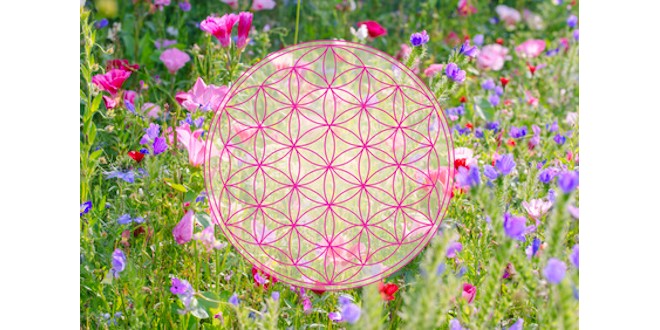 Approaching the great simplicity of Being

If everything we nurture is a seed of the future, we might need to consider what kind of future we are creating from the substance of our energy and focussed attention. Since everything carries within it the potent force of its potential we are always in a position to direct that potential towards constructing a world which – deep down and essentially – most of us would want to see. What often gets in the way are those habitual acceptances which we have to break through, like the birth “waters”, to enable a new birthing and allow a new Soul entrance into the world. From a series of writings titled Cosmic Whisperings we are told that:

To enter through the portal into the new Earth it is important to comprehend the truth that all is energy. The new reality uncovered by physical scientists will become the basis of everyday living. Physicists still search for that single separable particle, hoping to find a ‘thing,’ while slowly realizing that there is no thing at the core of matter—there is only energy. This energy eludes their instrumentation because of the infinite grades of subtle substance. Humanity is about to enter a realm of existence comprised of vibrating energy patterns stimulated by sound and light and held together in etheric forms.” Cosmic Whisperings 2010, page 17. See:http://whenthesoulawakens.org/cosmic-whisperings-2010_399.html

And at the core, the heart, the spark of energetic life is the same life reflecting through each and every atom.

The idea of nurturing the new, of parenting and family, is at the core of an intrinsic sense of relationship and shared substance. Each individual is physically created out of the substance of its parents, then developed emotionally out of their feeling climate, and mentally from the same context of ideas, values and culture. And so is woven the worldly vehicles through which a Soul may unfold and become present and influential in the three worlds. Its body of expression appears individual but it is a thread in the greater weave of life, drawn from the same substance and coloured specifically to depict its own essential part in the one great design. The complexity of the weave can distract from the greater picture in which we participate and in which each strand is essential to its full meaning and significance. It is a dynamic, living picture created organically from our own substance, the very substance of the One in Whom we live and move and have our being. And at the core, the heart, the spark of energetic life is the same life reflecting through each and every atom.

Humanity is the conscious portal to this realisation and in the book, Journey of a Lifetime, Merle Stubbs describes what we are entering:

We move into a new time for which all that the past contains, and to date, is but a preliminary to our true birthright – our true nature. Can you stretch your imagination to touch upon that incredible realisation of identity that dawns upon one who enters the state we have called the Life Aspect? A state wherein no differences of any kind are seen, where all beings are one, and where there is therefore no longer any possibility of experiencing the pairs of opposites necessitating choice as we have previously known it.
The opposites are now seen as the two extremes fused in the One – the single individual entity and the Universal whole – a simultaneous recognition of the part and the whole. It is realised that there can be no identity apart from the Whole and no appreciation of it except through the individual realisation and experience.”Merle Stubbs, Journey of a Lifetime page 22

As human consciousness responds to the expanding nature of the inner impulse it begins to consciously relate the part to the whole of life by registering (in consciousness) that it is already intrinsically and seamlessly immersed in the whole, sustained by the same life flow and cyclic rhythms of expression as everything else. Even our physical bodies which seem so substantial and fixed are shimmering chimera of atomic motion where infinitely small particles appear and disappear, circling their little suns like micro solar systems.

The same vibrant and dynamic process is going on in every degree of subtlety throughout all the bodies of our manifestation including our emotional and mental vehicles. We shine according to the degree of refinement of our thought and feeling. And always, always, magnetically guided in patterns of relationship according to the design of the larger system in which we live, our own smaller intentions operating as a reflection of the greater pattern of life. We are part of a great Family of Life – a vast-flung “brotherhood” of living expressions constantly being born out of the womb of substance.

…human consciousness … has been expanding its grasp of the greater life we share.

As part of this mighty, pervasive and continual creation, human consciousness also, in its awareness and understanding, has been expanding its grasp of the greater life we share. It is spurred on by its own amazing creativity and inventiveness delivering such mass global facilities as the internet and modern “search engines” which compute and transmit information almost at the speed of light. We are now tuned in to all parts of the world where we can see that public outcry about larger issues is gaining volume – the ordinary citizen is now concerned with such global issues as climate change, bias and corruption in officialdom, care for refugees and humanitarian aid, peace negotiations, protection of the innocent, and a fairer distribution of life’s resources.

The human heart is gradually opening as a coordinated flower

The human heart is gradually opening as a coordinated flower composed of many billions of individual flowers all opening together to the one Sun, the Soul impulse that knows only unity and wholeness. In a commentary on the Yoga Sutras of Patanjali we read that:

The soul alone perceives correctly; the soul alone has the power to contact the germ or the principle of Buddhi (…the Christ principle) to be found at the heart of every atom, whether it is the atom of matter as studied in the laboratory of the scientist, whether it is the human atom in the crucible of daily experience, whether it is the planetary atom, within whose ring-pass-not all our kingdoms of nature are found, or the solar atom, God in manifestation through the medium of a solar system… The Light of the Soul, page 18-19, Book I, Sutra 8

And in a later sutra:

Consciousness is one, yet produces the varied forms of the many.… Behind all forms is found the one Life; within every atom (solar, planetary, human and elemental) is found the one sentient existence; back of objective nature, the sum total of all forms in all the kingdoms of nature is found the subjective reality which is essentially a unified whole or unity, producing the diversified many. The homogeneous is the cause of the heterogeneous, unity produces diversity, the One is responsible for the many. This the student can appreciate … if he follows the golden rule which reveals the mystery of creation and studies himself. The microcosm reveals the nature of the macrocosm…” The Light of the Soul, page 386, Book IV, Sutra 5

…we approach the great simplicity of being

As we come to recognise the one great pattern underlying the phantasmagoria of living expression we approach the great simplicity of being and increasingly live from that perspective.

We are told that

And we seem to be entering a time when our governing concepts are expanding, simplifying and becoming more inclusive and universal in our conscious understanding of the beautiful world in which we live. They are approaching the scope of the great underlying archetypical concepts that hold all in expression.

From individual rights to human rights, from human rights to the rights of all sentient beings; from the human “nuclear family” to the extended family, the family of nations, the human family, the world family of living expressions, the family of heavenly bodies of which our Earth is one, and onwards – all this expanding scope of realisation is filtering through each common-sense and ordinary part of everyday living – such as this short film showing how “simplicity changes behaviour”: https://www.youtube.com/watch?v=G2mSCCw5x0c

And the power that draws all together within the pattern of Life is Love.

Whenever we perform our smallest task, feel a flicker of slightest reaction, catch the most fleeting thought, we are reflecting the underlying forces and principles of our planetary life. Depending on our point of motivation and intention we may be in concert with that greater life or may be a rogue thread, a dropped stitch, in its great tapestry of expression. The unique power of the human strand is its constant exercise of self-will, of choice. Every aspect of our daily living holds a choice and a consequent commitment of energy to the next moment, to the next day, to the future. Depending on our point of realised being and motivation we may serve life or contravene it, we may speed the flow of all that is good, true and beautiful or stir up the mud which clouds and disturbs the waters of Life that have been made so abundantly available to all that lives.

And the power that draws all together within the pattern of Life is Love. We are told that:

In describing love as a force We refer to the most powerful force in the solar system and the universe. Here is why. Everything in manifestation is searching for its beloved—from the smallest animal or child awaiting the warmth of its mother to a galaxy gravitating toward its counterpart in the Heavens. All entities in manifest form seek to merge and fuse with another, as each in its own way is impelled by the Law of Attraction to embody the reality of synthesis.” Instructions on Group Discipleship, page 21 available at: http://www.callfromthemountain.net/

* * * * * *
…In ancient manuscripts can be found the description of man as a flowering garden; this image has a scientific basis. Actually, when the centers of man radiate they are like varied, wonderful flowers. One heart alone is like a whole flower-bed, because the many centers glow with different colors….
The Thinker said, ‘Treasure man as a divine garden.’” Supermundane IV, sloca 811

Hi, I'm one of a group of authors and editors for the Sydney Goodwill website.
Previous Sun in Leo Moon in Aquarius
Next Sun in Virgo – Moon in Pisces 2015