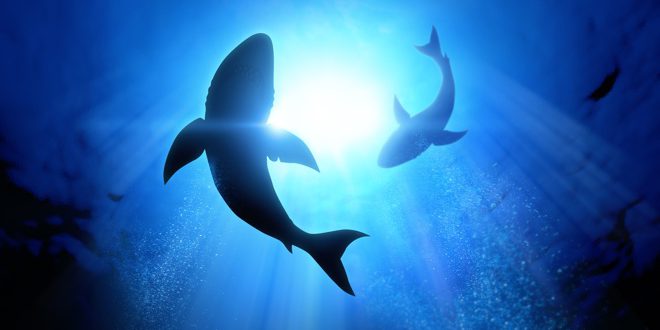 Pisces is the sign of endings and beginnings. At the ending of a cycle, a new one begins. Every year at this stage there is something that ends, that is absorbed into the life aspect and an older form dies off.  Such is the nature of cycles and such is life. When we become aware of this fact and of the power of cycles, it helps us understand the dynamic nature of the universe.

The symbolism of Pisces is two fishes, which shows the duality that this sign possesses. In duality we are able to see two sides of something, teaching that in life there is a higher and lower aspect. Pisces teaches us that in the end, the higher and lower are both connected and are actually one. In a lot of ways, Pisces is the accumulation of all the other signs into one, releasing energy into the cosmic space and into eternity, to be absorbed into the universal life.

The power that this sign possesses is quite amazing, and as such so is its ability to get lost in this. Pisces is ruled by Neptune on the traditional level, giving it all the traditional characteristics that are associated with Pisces. These include spirituality, artistic expression, healing, release, absorption, duality, sensitiveness and sacrifice to name a few. Neptune absorbs and releases us, freeing us from the bonds of everyday Human life, most associated with the opposite sign to Pisces, Virgo.

In Pisces, you often see the best and worst of expressions, such is the power of the duality. The sensitiveness of this sign is from the fact that it is ruled by water and emotion, coupled with the secret of the universe that resides within this sign, allows us to experience a range of experiences within the influence of Neptune. This we have been under for over 2000 years during the Piscean age. In a lot of ways we are seeing the crystallised aspects of this expression, as it moves away and the Age of Aquarius comes into full effect. Its waning influence is partially responsible for the ongoing religious fundamentalism within all religions that is constant throughout the world. Neptune rules Ray 6, which is also on its way out, and as such rules devotion and idealism.

The Esoteric and Soul ruler of Pisces is Pluto, which really gives the sign its power. Pluto is ruled by the 1st Ray, which gives it Power and Will. When you meet an evolved Soul under the influence of Pisces, you sometimes feel like they have all the power of the universe within their eyes. Pluto really does its job here, using the power and will aspect to great effect, destroying forms so that a cycle can end and a new one can begin. Such is the orchestrated brilliance of the Great Architect, planning everything in meticulous detail so that everything fits in perfectly.

The higher Mantram for Pisces is “I leave the Father’s home and turning back, I save”. With this mantram we see the real sacrifice aspect of this sign, which often gets played out on more negative levels. Through the sign of Pisces, we have the energy of the World Saviour. After leaving the home of Life, the enlightened one turns back to save others. One gets the feeling that this type of energy, the saving Christ, is definitely with us currently, as the world is in chaos.

Pisces sensitises us, with its watery, intuitive brilliance, to the energy about to end, and the new energy about to come forth in the sign of Aries. It is the ending energy that is needed before the new comes forth in the next month, at the start of the spiritual festival. And as such, the fishes show their sign and symbol, the two fishes of duality and eternity……..

Some really interesting aspects influence the chart for the full moon. For a start, Pluto is sitting right on the ascendant. The Esoteric ruler of Pisces, Pluto, is sitting in the 12th house (Pisces), right on the ascendant. In the current volatile environment of the Earth’s political world, one would think Pluto will be adding its serious power to the Soul nature of Humanity. I suspect that some types of forms, probably highly astral or emotional in nature will be ending, allowing new and fresh light and energy to penetrate into the world of expression. Being on the Ascendant in Capricorn only adds to its power.

Pluto is involved with the continuing t-square with Jupiter and Uranus. To have this include the ascendant at the exact time of the full moon suggests a real struggle between the Soul and personality natures for Humanity. It is a powerful aspect, involving all cardinal, dynamic signs. It will be the perfect prelude to the Aries full moon.

Expect some huge dynamic displays of energy, not necessarily pleasant to experience, but definitely something that will invoke needed progressions.

There is also a separate t-square involving Saturn, the Moon and the energies – Sun, Chiron and Mercury in Pisces. This is all in mutable signs, possibly leading to quick and rapid changes, in areas of Karma, wounds relating to humanity, communication of this and how we identify with it. Again perhaps not particularly pleasant, it won’t be as intense as the cardinal energy. However changes are definitely afoot ….

Virgo is the sign where the Moon will be when it’s full. This is actually a strong and powerful sign for the Moon, as it rules Virgo’s Soul nature. The Moon spends 2.5 days in Virgo every month, but it is only at this time every year where it is there when it is full. Expect full expression of Virgo qualities for the Moon energy. It will allow our emotional natures to stay down to earth and not to get so caught up in the Pisces energy, it will also push us to continue to work hard and maintain structure emotionally and stay disciplined. We can really use that to best effect if we tap into it.

As mentioned before, the ascendant for this full Moon is Capricorn, giving a strong Earthy influence. Capricorn also rules initiation, so perhaps with the other governing aspects and influences, great initiating change is being thrust forward into the world.

With the Pisces influence, we will definitely be sensitive to the energetic happenings and changes, we just have to be careful not to completely lose our sense of identity with this. Look to the Virgo Moon to stay grounded and pure, then the Capricorn ascendant to provide structure and the will to climb the mountain, as winds of change blow through……
Share

Stephen is an Esotoric Astrologer and has a keen interest in the Esoteric line through the Alice Bailey books. Stephen offers astrological readings - - contact him via his Facebook page.
Previous Winds of Change
Next Secrets of the Solar Lords