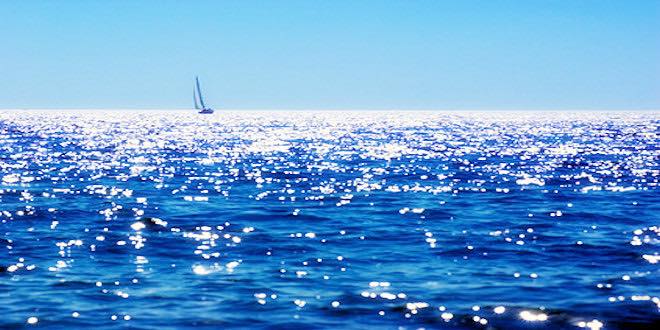 Like sunlight sparkling across a vast ocean, the great sea of human consciousness is twinkling with realisations as though constantly sparked by a surging current. The best and the worst are rising to the surface and into the forefront of our awareness and focussed attention; and their juxtaposition is revealing more about what is good, true and beautiful. Although reported in comparative terms, the polarities are no longer really horizontal – between nations, religions, political parties, ethnicities, racial appearance or whatever categories separate us. Instead the issues are increasingly global and vertical. They are about what is more true, what is better for the whole, about inclusiveness and acceptance of every part of that whole as being an element of its vast, diverse and essential beauty.

Just as every part of our own physical bodies is different but essential for its overall best performance so every part of the body of our planet plays its essential role in its Life expression. Human beings everywhere are beginning to see less in terms of separating categories and more in terms of shared life – seeing with the heart first and then using the mental capacity to serve the heart’s greater vision. This video advertisement for Denmark seems to capture this: https://www.youtube.com/watch?v=jD8tjhVO1Tc

…the human soul is beginning to flower through the storms and winds of change roiling around the world.

Crises and challenges stimulate growth and the human soul is beginning to flower through the storms and winds of change roiling around the world. An expanded awareness is being realised. A vast awakening is going on, painful at first, as though blinding light is piercing eyes grown accustomed to darkness – birth pangs of a new enlightenment. And there are all the indications of greater forces at work – not being forced upon us so much as being generated through us as a whole, as a Humanity, a great planetary centre. In the Agni Yoga writings we are told of:

… the balance between harmony and evolution. These correlative concepts are often taken as being contradictory, but, in reality, can evolution ever be inharmonious? And how can harmony be created without evolution? Yet people prefer to understand harmony as an immobile and inactive state, and use it as an excuse for their irresponsibility. While the world is in convulsion people prefer to sit in sweet oblivion, and call their benumbed condition by the lofty word ‘harmony.’
However, the strong chords of harmony are tensed, and as they expand they contribute to evolution. Similarly, the benefit of evolution is in its continuously accelerating motion. It is beautiful to realize that the world is perpetually evolving, in ever-increasing striving and motion. People do not look into the future, but secretly dream about an impossible static condition. But there can be no static evolution. The spiral of evolution is an eternal ascent that even the convulsions of chaos cannot arrest.
In their earthly condition people cannot always notice the beneficial growth. All growth comes with pain, with lightning, and in storm, and only a perfect consciousness can perceive the radiance of Truth. Every evolving thinker must transmit his understanding of Truth while on Earth. If he does not apply Truth in life, man is not worthy of being called a thinker. Thought is life, and life is moved by thought.
Thus you realize the two foundations of Our Life. We live in harmony for the sake of evolution. We must evolve, otherwise We shall be transformed into mummies. One must be able to love the movement of evolution, for in it eternity is realized.” Supermundane, 97

There is expanding realisation, regret for past ignorance and rejection of its perpetuation in the present. While many may cling greedily, even desperately, to the passing exploitative modes and structures, there are also many moving to counterbalance through care, kindness and compassion. The human heart is growing in power and presence as we sever ties with the limited view of the past and begin to build a new era – bit by bit, slowly but surely.

…how can we really grasp the breadth and depth of the human heart’s embrace and uplift?

Do we have any idea of the billions of initiatives going on around the planet that bring care and compassion into the world? From one individual helping out a neighbour, to the many support groups, to global aid agencies – how can we really grasp the breadth and depth of the human heart’s embrace and uplift? And yet it is constantly growing in strength and power from our increasing realisation of it. How many more volunteers are bringing aid to others and meaning to their own lives? How many charities are increasingly supported by citizens while their governments reduce funding? How many are rising up in protest at their government’s lack of compassion? One example among the many is in Barcelona, Spain, where 160,000 people rallied and marched to protest the failure of the Spanish government to take in 17,000 refugees as it had promised to do in 2015. The rally was organized by a group called Our Home is Your Home. People carried signs such as: “Enough excuses. Take them in now.” More at this link: http://www.upi.com/Top_News/World-News/2017/02/18/160000-join-pro-refugee-protest-in-Barcelona/2391487467508/
Some Leaders point the way, like the Canadian Prime Minister: https://www.youtube.com/watch?v=B2ubeSbkkEk

And all this heart-sharing is being realised (made real) through the informal, free-flowing interconnections enabled through social media and the World Wide Web, the internet. The very term, “internet”, points to the inner heart of the world where a constant stream of connection and communication flows, reflecting a great continuity of consciousness – stimulating us all to stay in touch and be aware within that mighty flow. Earnest students of the Ageless Wisdom have long aspired to a “continuity of consciousness” and yet it is more than an individual awareness. It is a great sea of sensitivity and we may focus into its dark depths of limited vision or rise to the surface for glimpses of the bright soul-bathed expanse that stretches beyond current limits.

Our human being-ness has the capacity to sense, visualise and imagine beyond all limitations

Sailing over that vast ocean we see further and more deeply and realise we are in touch with any and all of it – through vision, listening, and extended sensitivity. Our human being-ness has the capacity to sense, visualise and imagine beyond all limitations – throughout all the macrocosmic and microcosmic universe – because it is, at heart, a conscious integral part of it all. We are integral to the unfolding Greater Life as it works out, according to its great intention, through the dimensions of manifest being of our planet – from the most subtle to the most obvious. We may understand something of this in terms of the divine Plan of which The Tibetan Master writes:

…What is this plan? When I speak of the plan I do not mean such a general one as the plan of evolution or the plan for humanity which we call by the somewhat unmeaning term of soul unfoldment. These two aspects of the scheme for our planet are taken for granted, and are but modes, processes and means to a specific end. The plan as at present sensed, and for which the Masters are steadily working, might be defined as follows:—It is the production of a subjective synthesis in humanity and of a telepathic interplay which will eventually annihilate time. It will make available to every man all past achievements and knowledges, it will reveal to man the true significance of his mind and brain and make him the master of that equipment and will make him therefore omnipresent and eventually open the door to omniscience. This next development of the plan will produce in man an understanding —intelligent and cooperative—of the divine purpose for which the One in Whom we live and move and have our being has deemed it wise to submit to incarnation. Think not that I can tell of the plan as it truly is… The development of the mechanism whereby a disciple may be en rapport with Those responsible for the working out of the plans, and the capacity to know (and not just dimly sense) that tiny aspect of the whole which is the immediate step ahead and with which cooperation is possible, that can be achieved by all disciples and should be held as the goal before all aspirants. …all can therefore strive towards achieving continuity of consciousness and at awakening that inner light which, when seen and intelligently used, will serve to reveal other aspects of the Plan and specially that one to which the illumined knower can respond and usefully serve.
To bring this about has been the objective of all training given during the past 400 years, and from this fact you can vision the utter patience of the Knowers of the race. They work slowly and with deliberation, free from any sense of speed, towards Their objective, but… They do have a time limit. This is based upon the Law of Cycles. It concerns the operation of certain periods of opportunity which necessarily have their term. During these times of opportunity, forces, influences, and energies are temporarily at work, and of these the Masters seek to make use.” A Treatise on White Magic, page 403-4

When sailing a vessel or driving a vehicle we have to focus on the way ahead. Even through fog we proceed with careful attention to each forward movement. If we waver sideways or look back we can falter and become lost. In the Agni Yoga writings our “ship navigator” is the Master who directs our attention to Those Who guide us through our subtle perception (to the degree that we refine our sensitivity) towards a future beyond current imagining but awaiting us in all its perfection. The Master says:

I affirm that however small it may be, any motion made in the name of the future breaks through the strata of tension in the atmosphere. All the rubbish from the past that has piled up is cut away by the sword of the future. The shield of the future is the most reliable and beneficial. People should not assume that the future is inaccessible, for it is being created tirelessly and continuously – and the heart is a guarantee of the future.” Heart, 541.

Hi, I'm one of a group of authors and editors for the Sydney Goodwill website.
Previous Karim Wasfi — Interviewed by NPR’s Renne Montagne
Next Pisces Sun Virgo Full Moon 2017