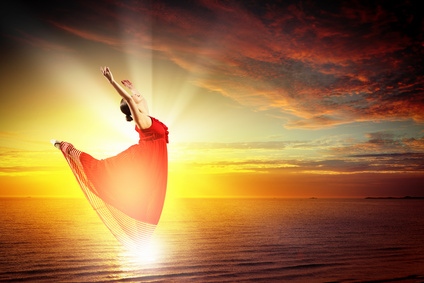 Dancing in the Stream of Life

Watching events across the globe, from our local community to the international stage, it appears our world is at a crucial point of balance, teetering a little, backwards and forwards, between the unreal and the real as though we are more consciously living out the ancient prayer:

Lead us from Darkness into Light,
from the Unreal to the Real,
from Death to Immortality.

an emerging culture of compassion and shared responsibility

Perhaps it is the most crucial transition period in planetary history as we hover between the forces which lead to the destruction of all that we know and hold dear and those which are inspiring an emerging culture of compassion and shared responsibility that is drawing our world back from what could be a final brink in terms of our current way of living in the world.

Possibly it is the intensity of the times which is seeing a more soul-like quality begin to permeate human consciousness. Although this is yet to be reflected in the organisation of our living and its governance (the most external effects being the last to appear), there is an expanding groundswell of citizens uniting to declare the values, priorities and methods they wish to see in the world – as has recently been seen in the climate marches in capital cities around the world, in the Peace movement, the Commons, the many activist groups organising globally through the internet for the betterment of our world and the myriad of humanitarian agencies from well-known global organisations to the small local support groups where people gather to lighten each other’s burdens.

As an increasing proportion of humanity turns its attention to clarifying and creating the world we would prefer, less supportive energy then flows into old modes of organised living with all their separating categories and priorities. And as the tipping point, the point of balance, shifts towards the unfolding future, the nature of the opposing forces changes. So it is that as the future becomes clearer, so also are the unwanted aspects of the past clarified until clearly seen to be what must be left behind in our realisation of the Real.

And so enlightenment in any part of the system brings light to bear on the whole. Everything is related, shares the One Life in Whom we live, and is constantly replenished by that great circulatory system with its pulse beating through the daily and seasonal cycles – a mighty Heartbeat that sustains everything as it grows, flowers and returns to the reservoir for re-birthing into cyclic progress.

Then comes the dawn of indescribable beauty, its first beams striking upon the heart

The tipping point is also carrying us into the realms of our true being, the Soul, which knows only loving understanding and relationship with the whole of life in all its dimensions. In the Light of the Soul, Darkness recedes and the Real is discerned through the fast fading shadows of the Unreal. Then comes the dawn of indescribable beauty, its first beams striking upon the heart and raising our sense of being into limitlessness and an expanding sense of being which is almost too much for any lingering sense of identity that is separate from this magnificence. Here we leave Death behind and enter into the Immortality of Life. At the same time it is as though we have entered a secret garden where all is loved and nurtured into its own expression of the beauty radiating from within the One Life.

Being made in the likeness of our creator we also have boundless possibilities of creativity and awareness. We are not made to succumb to imprisoning walls, emotions or ideas – our very essence is freedom and universality. We can be physically located in a single location yet be aware of anything anywhere in the world. This is enabled in an objective way by the world-wide-web (which is an interesting term when we consider that we also create what is in our own likeness). On more subtle levels the interconnectivity of our thought-life and shared feeling nature brings us into rapport with one another far more easily than we may yet realise.

The divine plan is unfolding through world events, through human consciousness and throughout the energy sphere in which we share our living. The Tibetan Master tells us of that plan “as at present sensed”:

It is the production of a subjective synthesis in humanity and of a telepathic interplay which will eventually annihilate time. It will make available to every man all past achievements and knowledges, it will reveal to man the true significance of his mind and brain and make him the master of that equipment and will make him therefore omnipresent and eventually open the door to omniscience. This next development of the plan will produce in man an understanding —intelligent and cooperative—of the divine purpose for which the One in Whom we live and move and have our being has deemed it wise to submit to incarnation.” A Treatise of White Magic, page 403-4

That plan can be seen in the progressive realisation of our oneness and, increasingly, of our united omnipotence. The flow of thought and the gathering of like minds we are witnessing in the world can attest to this as they reveal the progressive sense of interconnection. We telepathise more and more consciously and begin to live under the laws that govern subtle communication. We are told of these laws of telepathy:

The second law: …The interplay of many minds produces a unity of thought which is powerful enough to be recognised by the brain.

Here we have a law governing a subjective activity and another law governing objective manifestation. Let us voice these laws in the simplest manner possible. When each member of the group can function in his mind-consciousness, untrammelled by the brain or the emotional nature, he will discover the universality of the mental principle which is the first exoteric expression of the soul consciousness. He will then enter into the world of ideas, becoming aware of them through the sensitive receiving plate of the mind. He then seeks to find those who respond to the same type of ideas and who react to the same mental impulse, simultaneously with himself. Uniting himself to them he discovers himself to be en rapport with them.”Telepathy and the Etheric Vehicle, page 5-6

Through our interconnectedness everything affects everything else. Even at the most separate and conflict-based level we realise that by condemning one thing we also, by implication, endorse another. And now the urgency of the times requires us to move our approach towards supporting what is constructive of the whole rather than expending life-force in destroying what we may assume to be opposing a part within the whole. Partisan thinking creates its own conflicts and enemies and leads to such things as the “first strike” approach based on assumptions of difference and exclusivity rather than the reality of our shared human journey and its unfolding story – the never-ending story of Life itself.

It is time for Soul-sized solutions

It is time for Soul-sized solutions – for thinking as souls consciously at one with the Soul of the One in Whom we live, and for seeing into reality the beauty of the subtle life which sustains all in its heart-strengthening embrace. Here there is no competition, only participation in the exquisite rhythm of the One Heart as it serves the divine purpose for which we are all born. To reprise the beautiful expression of this by Rabindranath Tagore:

The same stream of life that runs through my veins night and day
runs through the world and dances in rhythmic measures.

It is the same life that shoots in joy through the dust of the earth
in numberless blades of grass
and breaks into tumultuous waves of leaves and flowers.

It is the same life that is rocked in the ocean-cradle of birth
and of death, in ebb and in flow.

I feel my limbs are made glorious by the touch of this world of life.
And my pride is from the life-throb of ages dancing in my blood this moment.

Stream Of Life by Rabindranath Tagore

Hi, I'm one of a group of authors and editors for the Sydney Goodwill website.
Previous Sun in Libra moon in Aries
Next The Scale of the Universe