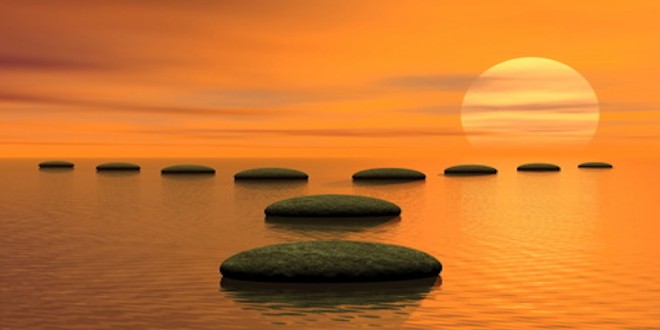 Share
Our theme this full moon is “How best we can use an Aries moon with impulsive emotions coupled with a Libran Sun and a sense of identity that looks for the balance between two great lines of force?”

I choose the way which leads between the two great lines of force.”

The higher mantram for Libra is “I choose the way which leads between the two great lines of force”. This seems an especially relevant mantram for humanity at this stage in our evolution. One of the key phrases here is “I choose”, meaning there is informed choice to be made on what is the right thing to do. It appears that as a whole, humanity is being given many opportunities to make a choice between things.

Currently we have the refugee crisis which has now stretched throughout Europe. No longer can any country close its eyes to the happenings of its neighbours, as people seek out a better life for themselves, one that does not involve suppression or war. This of course has been the case throughout the ages, yet with the world always watching, these are different times.

Each country, each person has a choice on what their view is on this, how will they respond? Will it be with a loving heart or with fear, as we have done throughout the centuries? One thinks that at some stage a risk will have to be taken, one where there will be the chance of it going seemingly wrong. As with any risk though,  if we are able to get through our fears, there will come out of it the reward to live a life free of division and war.

Leads between the two great lines of force
Another of the key phrases of the mantram is “leads between the two great lines of force”.  In Australia we have just had our 4th prime minister in 5 years take over. He was voted in by his party, which decided they had had enough of the previous prime minister and his views that did not represent them as a whole. Upon a closer inspection though, social media seems to have influenced this. One can easily determine the thoughts and moods of a nation with this amazing tool. Everyone has their opinion on this, with comments and thoughts offered at every turn upon any subject. It is almost replacing the need for a formal election, as the public have the opportunity to vote through their voice every day.

What has come out of this current situation though is that society will no longer completely accept a left or right side. They want more then what is currently offered. Black or white, up or down, left or right. These are all used to describe two states of being, yet out of the two lines of force, comes another, a consciousness born out of the two. What Australia, the world, humanity is looking for is for a way between the two great lines of force. One that considers both sides of everything, then weighed up in Libran scales of justice, a decision is made that is inclusive and fair.

Perhaps this is why Australia has had 4 prime ministers, as the people in both the parties and the voting public, seek out a style of leadership and governance that is neither too far in its views, that holds that we need to be able to have a fair economy that gives people opportunity, yet is always based on a social and loving cornerstone. This is of course just a representation of the greater whole of humanity.

Dynamic leadership
Libra is cardinal air, which gives it a dynamic leadership and brings in the element of air, ruling communication, thought and also relationship. Its traditional ruler is Venus, giving it a sense of love and value and aesthetic good taste. Librans are known for their love of art and beauty, as is Taurus, yet while Taurus is very much a sensual sign, Librans often keep their love of beauty to art and their surroundings.

Libra: Beautiful and graceful on the outside, yet strong, forward thinking and with a sense of responsibility from the inner core.

On an esoteric level, Libra is ruled by Uranus, the planet most linked to the coming future. This gives Libra a forward thinking with its actions and thoughts. On the deepest level, Libra is perhaps surprisingly ruled by Saturn. This I believe, explains Libra completely. Beautiful and graceful on the outside, yet strong, forward thinking and with a sense of responsibility from the inner core. 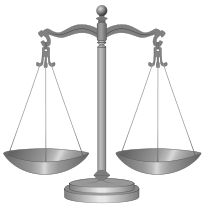 It is not a surprise then that the symbol for Libra is the scales. The balancing of thought and emotion, the ruling and weighing up of both sides sits comfortably under this sign. They are the diplomats of the zodiac. Also not surprising is the fact that Libra is the 7th sign of the zodiac and sits in the middle of the wheel. Even physically it is there to balance both sides. Its influence at the current moment in Humanity’s experience is definitely needed as we seek to make choices that choose between the two great lines of force.

A look over the chart and you can again see two splits of energies, with planets, sun and moon both splits and almost directly opposing each other. We can look at specifics, yet looking at the planets line-up like that often says enough, especially if you put it in terms of what you see playing out energetically for the world.

Just like last month, Pluto and Saturn sit between the two, both offering the chance for us to make some hard decisions and transform our views and way of life, yet remembering we have responsibility to all, and karma as well. This seems very relevant for the world soul at this time. Making choices that progress with the times, that are not stuck in the past but embrace the current world situation and yet remain true to it and show a responsibility to consider all, these are the challenges we face and can overcome.

The Sun is of course in Libra, and at the time of the full moon, sits in the 9th house. The 9th house is considered one for higher learning, like university, yet we could also consider this as something higher than that, the higher realm of the soul and beyond. Having the sun there at the time of the full moon, suggests that we will be under some great impressions of teaching and through this we must balance out what is learnt and how it can be expressed through our personality. Libra also is on the midheaven, suggesting that our work and outer expression in life will need to reflect all the traits of Libra that have been mentioned.

The moon, at its fullness, will be in Aries. This is the only time of the year that we have an Aries full moon at the time that the moon is full. To top it off it will be a total lunar eclipse, the last in a series of 4 starting last year. This is often called a blood moon, as the earth in shadow to the moon can create a red tinge like blood. As you are probably aware, Aries is definitely a sign of red and in Greek mythology is known as the God of War.

Out of this we can presume that there will be a heightened sense of emotion and passion abounding, and the risk of conflict from our lower natures could influence our thinking. We do always have that risk however and luckily when the great architect was designing the universe, He gave us Libra to balance out that fiery presence.

Freedom can come from taking an emotional risk
Aries moons can also represent a freedom, as with more than with any other sign there is an impulsiveness to change. This could be just the thing needed as we let something go and say, “let’s just take an emotional risk; let’s just make a decision that is bound to a strong emotional state and risk it all for something better”. … It might just work.

Humanitarian Aquarius is the ascendant
Overseeing this chart as its ascendant, is the humanitarian Aquarius. What better way to layer energetic influences of impulsive emotional states and the balancing of thoughts, with the sign most linked to the new age and service to Humanity. Thinking about the world and the greater picture, the theme here is “how best we can use an Aries moon with impulsive emotions coupled with a Libran Sun and with a sense of identity that looks for the balance between two great lines of force?” How we use it is up to us – the challenge is there.

Stephen is an Esotoric Astrologer and has a keen interest in the Esoteric line through the Alice Bailey books. Stephen offers astrological readings - - contact him via his Facebook page.
Previous Restoring Balance Through the Human Heart
Next The More Beautiful World Our Hearts Know Is Possible – Charles Eisenstein